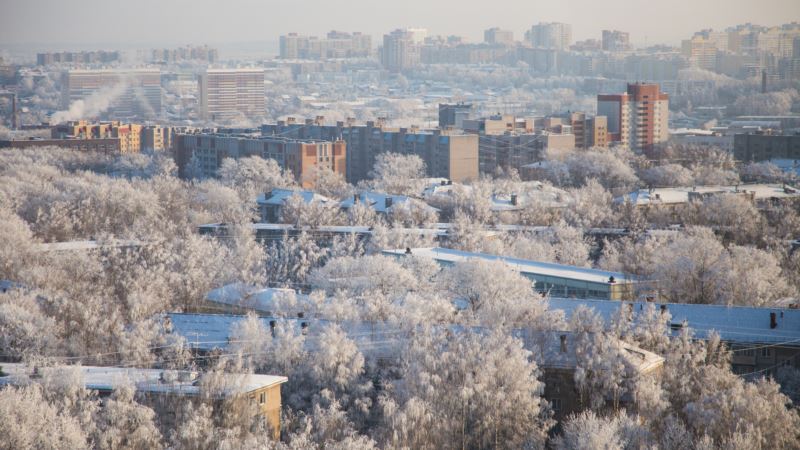 A special commission of regional officials set an October 20 deadline for applicants for city manager – effectively, the mayor – to submit their proposals. By October 23, they were supposed to have considered the applications.

But there was nothing to consider.

On November 2, the commission set a new deadline, announcing it would accept applications until December 11.

The current mayor of the remote city of about 92,000 people — a regional capital best known as the transit center for Stalin-era gulag prisoners headed to the pitiless gold mines of a vast area called Kolyma — is Yury Grishan, who has served since 2015.

“People look at the situation and see how severe the financial and demographic problems are here,” Grishan told the daily Kommersant for a story about the lack of candidates to succeed him.

“You need more than just a desire to be mayor to resolve them. And inviting someone from outside the region who doesn’t know our city and our region? You’d have to be crazy to accept such an offer.”

Like the overwhelming majority of Russian cities, Magadan has abolished direct mayoral elections in favor of a system where local elites appoint an unelected city manager. The change has been criticized as part of the “power vertical” system of President Vladimir Putin, aimed at minimizing the opportunities for opposition figures and grassroots movements to gain a political toehold.

“It is precisely because the mayor is not elected but is appointed by city legislators that no one applied,” Magadan blogger Anton Afanasyev, who ran unsuccessfully as an opposition candidate for the city legislature in September and who was widely expected to apply for the mayor’s chair, told RFE/RL. “Everyone knows perfectly well that no matter what program or team a candidate proposes, a person who appeals to the regional elite will be chosen.”

“City residents should not expect any big changes,” he added.

When the city went through this process the last time in 2015, 11 applications were submitted, including that of local activist Artyom Kovalyov.

“I was surprised that no one applied” this time, Kovalyov told RFE/RL. “I think that people weren’t well informed. From what I saw on social media, people wanted to try but didn’t know when to submit their documents. I think that explains why there were no outside candidates.”

“As for the others, I don’t know,” he added. “Maybe they didn’t want to get into a conflict or maybe they just thought the whole thing was too complicated. The work is very stressful and there will always be people who are unhappy.”

“Any person applying to be mayor would have to want it really badly,” Kovalyov concluded. “But any reasonable person would understand that they are going to be attacked for every reason and even for no reason.”

Magadan is a very isolated place. The nearest big city that is accessible by road is Tomsk, some 2,000 kilometers away. (file photo)

It appears the city elders will have better luck with the next round of applications. After news of Magadan’s vacancy hit the national press late last month, some out-of-towners began expressing interest.

“I saw an article in the press about … how no one applied,” said Aleksandr Sharabayev, who own a funeral-services company in the central Siberian city of Tomsk, thousands of kilometers to the west. “I can’t understand why they can’t find a mayor and why they have such problems or why people are leaving the city. So I decided to apply.”

“Of course, I don’t know much about the city and it would be better if I had lived there a while, but I’ve never had the chance. I’m studying the region from afar.”

Sharabayev has already come out in favor of the proposed construction of a municipal crematorium, which has been suspended for several years because of opposition from the Russian Orthodox Church.

The city manager in Magadan is responsible for schools, local culture, and the maintenance of roads and sidewalks. Higher-level functions are the purview of the regional governor.

“The most difficult problem for the mayor of any city is the budget,” said former Magadan municipal official Oleg Dudnik. “The city of Magadan cannot influence its own budget. The city does not draft or approve it.”

For the budget, the city manager will always be at the mercy of the regional governor and the authorities in Moscow. The main problem, Dudnik said, is increasingly irrational centralization.

In Soviet times, he recalls, people used to wonder why the decision to repair the roof of a school in a remote part of the Magadan region needed to be made by the Soviet Ministry of Education.

“What kind of country was that?” Dudnik said. “What is the logic of it? But that is the way that it was. And now we are reaching the same point. Do we need to build a local park here or not? That is decided 7,000 kilometers away in Moscow by people who have never been to Magadan.”

Asked why no one applied to run the city, Dudnik was blunt: “I think there is only one reason. Everyone is waiting for the OK from on high. No one has the courage to even speak out. That is yet another sign of the degradation of a management system — to say nothing of the political system.”