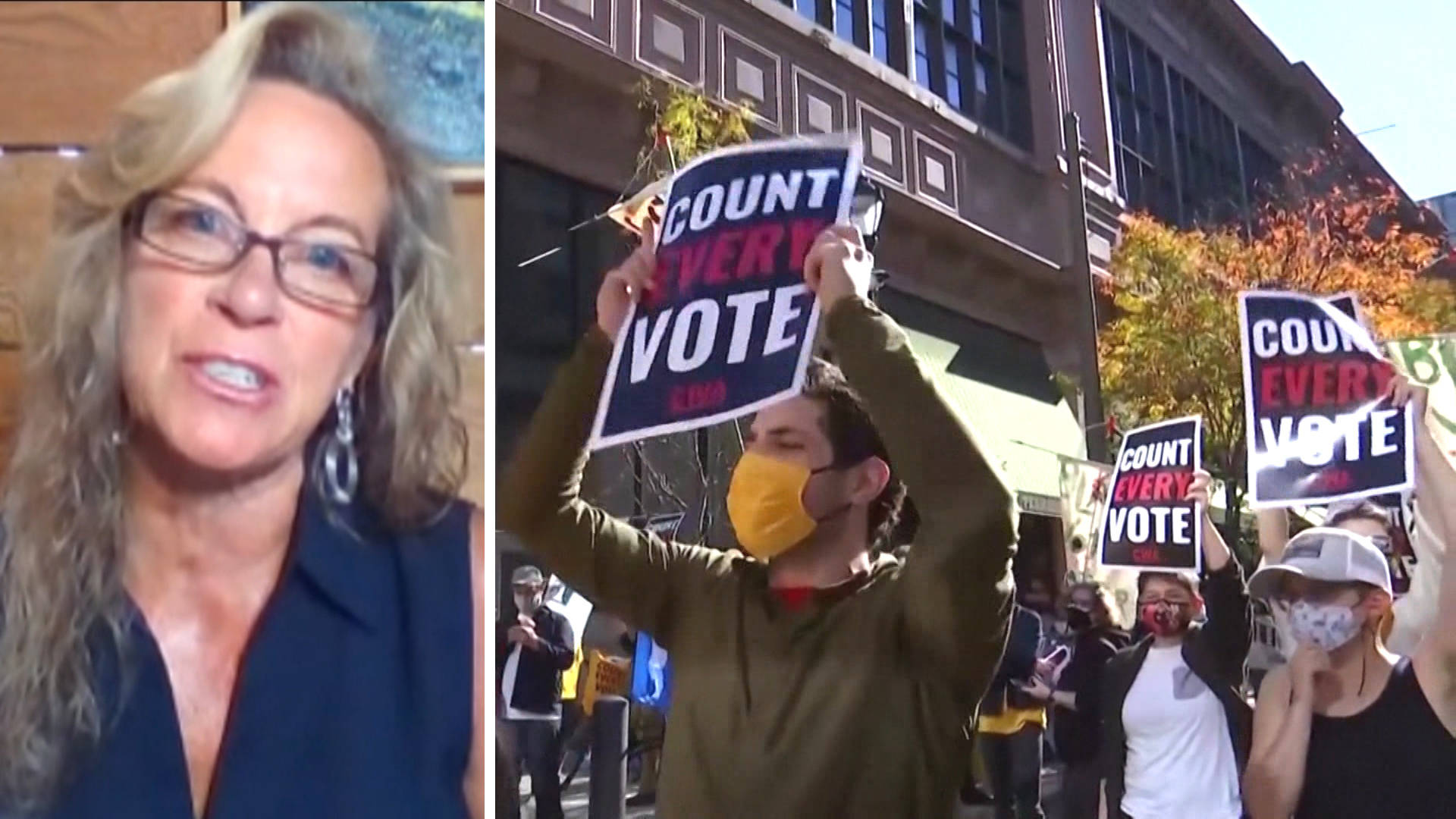 We look at Donald Trump’s attempts to undermine the U.S. presidential election with Jane McAlevey, a union organizer, negotiator and senior policy fellow at UC Berkeley’s Labor Center who was an eyewitness to the 2000 Florida recount. She says the 2000 election holds lessons for today, when Democrats allowed Republicans to claim a controversial victory. “We have to have a counternarrative. We have to have very large numbers of people in the streets,” she says.