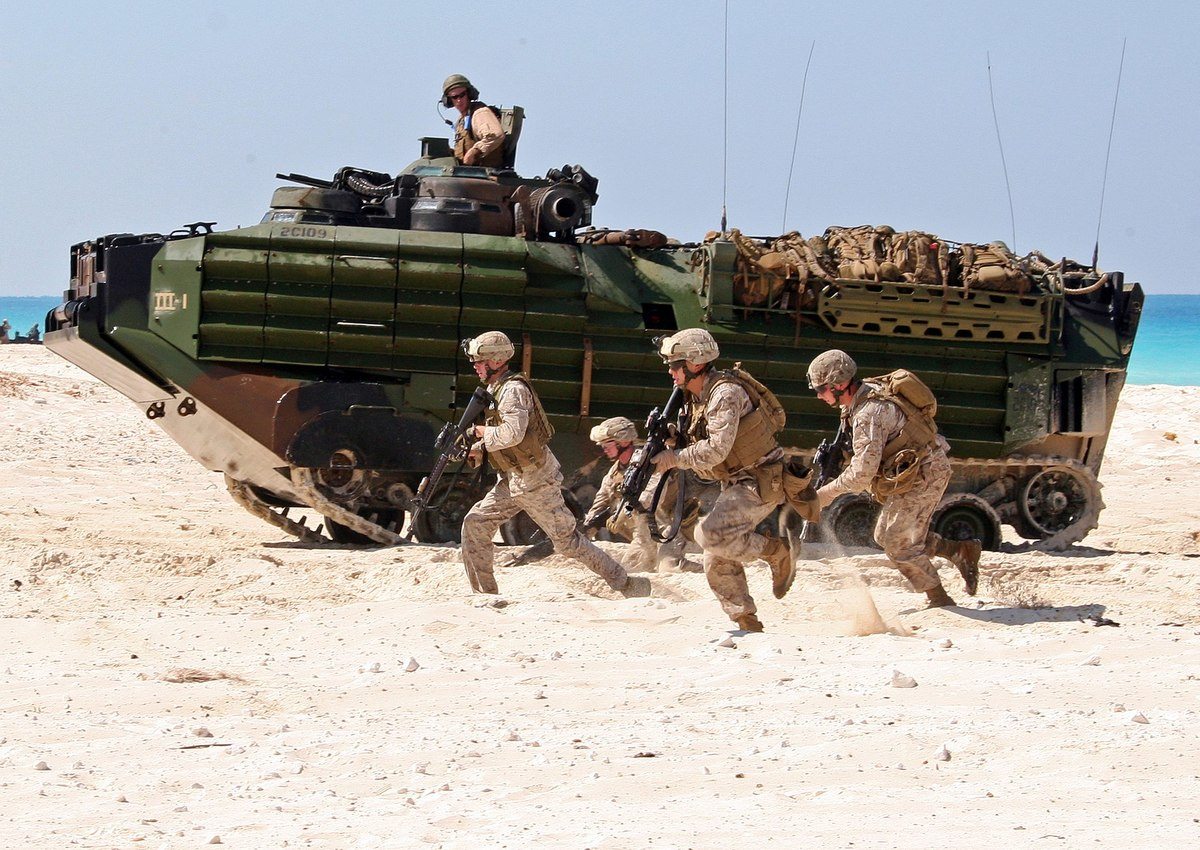 When examining the activities of the US military it is essential to maintain the long view. In other words, despite the practice of looking at Pentagon activities in four-year spans that approximate the terms of the US president, the reality is that the military operates on its own timeline. This doesn’t mean that what happens in the legislative and executive arenas doesn’t affect the actions of the military. However, it does mean that troop movements, wars, and weapons procurement have a trajectory of their own. Nothing in the modern world proves this more than the decades-long conflicts in Afghanistan and Iraq. Both nations have been the site of military conflict involving US forces for quite a while—since the late 1970s in the case of Afghanistan and since 1991 in Iraq. Those forces include CIA operatives, US military Special Forces like the Green Berets, SEALS, and Rangers, regular troops and private mercenaries contracted by the Pentagon.

Besides these two countries, there are other places on the globe where the United States military presence is a hostile one. These include the Persian Gulf, where the US Navy maintains a large and constant presence, southern Korea, and some nations in Central and South America, and various nations on the African continent. In addition, tens of thousands of US forces are also stationed under friendlier conditions in Europe, Japan, and other Latin American countries. The presence of troops in the latter areas is usually related to the perceived need to keep so-called enemies at bay: Russia in Europe, Venezuela and Bolivia in South America, Nicaragua and Cuba in Central America. Even a superficial examination of the global situation shows that none of those nations are enemies. They are, however, either competitors for certain markets and resources or, in the case of Venezuela, Cuba, Bolivia, Iran, and possibly Nicaragua, examples of an alternative form of governance that is not beholden to the US empire.

Since Donald Trump ended up in the White House, some have insisted that he is some kind of antiwar president. They point to the fact that he has not started any new wars and has even withdrawn some regular forces out of Iraq and Afghanistan (most were then transferred to another theater overseas). These same people fail to acknowledge the increase in civilian deaths from US-led forces in Iraq and Afghanistan, just like they ignore the presence of at least one US military base in Syria—a nation the US was not invited into and whose civil war is arguably the result of ongoing covert US intervention in the internal politics of that country that intensified in 2011, when Obama was president and protests shook the Arab world. Tangentially, these same champions of Trump’s military policies seem to have forgotten his aggressive actions against Iran (most notably the assassination of Suleiman) and the murderous bombing of Yemen by Saudi Arabian forces flying US-made bombers dropping US-made bombs. In addition to the bombers, US forces operate on the ground in Yemen in support of the Saudi bombing.

If one shifts their focus to the United States’ south, not only will they discover that US Navy ships regularly harass oil tankers carrying oil to and from that nation, they will also see that hundreds of US troops and intelligence operatives are based in Colombia. Although the role these forces play in subverting the popularly elected Venezuelan government is not exactly known, it is safe to assume it is part of the ongoing US attempt to overthrow the Bolivarian governments in Caracas and La Paz (where the 2019 coup was soundly defeated in recent elections, but where the possibility of another right-wing coup looms large.)

According to the Pentagon’s Defense Manpower Center, the Pentagon has regular troops in more than 150 countries around the world, with approximately 165,000 of its active-duty personnel permanently assigned outside the United States and its territories. (Defense Manpower Data Center. August 7, 2020) These numbers do not include those troops in Iraq and Afghanistan. In addition, there are around forty thousand special forces troops on classified missions in places kept secret from the people of the United States. Like a young friend of mine recently rotated out of the army told me: that means the United States has forty thousand troops trained to kick ass and kill people doing exactly that with little or no responsibility to the citizens of the countries they are in or to the citizens of the United States. He continued, telling me even good people who don’t like to beat or kill innocent people end up doing exactly that in such circumstances. Other acquaintances either in the military or recently dismissed have discussed their work in African nations setting up drone bases, conducting night time searches of homes where people were sound asleep, and arresting boys as young as ten for being in the “wrong place at the wrong time.”

When Ronald Reagan was in the White House, the wars conducted were called low-intensity conflicts. It seems obvious that these conflicts were not of very low intensity in the regions where they took place. Indeed, tens of thousands of Nicaraguan, El Salvadoran, Guatemalan and Honduran civilians and others lost their lives because of US financial and military involvement. There was also the acknowledged use of US combat troops during the brief and gratuitous invasion of Grenada. As for the rest of the world, Reagan’s war cabinet financed, advised and participated in the war against Soviet and Afghan government forces in Afghanistan. Equally important, expenditures on weaponry doubled in Reagan’s first four years in office and did not slow down during his final term. Although the conflicts in Central America had subsided by the time ex-CIA chief George HW Bush became president in 1988, the US support for Iraq’s bloody war with Iran had convinced Iraqi leader Saddam Hussein that he had leeway to invade Kuwait. Before that invasion, Papa Bush invaded Panama and captured its leader. It’s fair to assume that this action was linked to Bush’s complicity in cocaine smuggling operations and the end of the Panama Canal Treaty. Going back to Iraq and Kuwait, it’s obvious Hussein was wrong. Papa Bush ordered tens of thousands of US troops into the region and on January 16, 1991, attacked Baghdad and other cities in Iraq. This began the ongoing occupation, intimidation and war in Iraq. Bill Clinton’s tenure in the White House was relatively free of military action. However, besides lobbing cruise missiles into Iraq and Sudan, it was the US Air Force which conducted flyovers of Iraqi territory and bombed the nations at least a dozen times. All of that was just a prelude to the invasion of Afghanistan in 2001 and the invasion of Iraq in 2003 by the George W. Bush White House. As noted at the beginning of this piece, both of those conflicts continue. In fact, Bush’s Global War on Terror is now a catchall for any offensive military operation by US forces. Barack Obama used its rationale to kill hundreds via weaponized drones. It was during his administration US forces were sent to Libya and Syria, along with other places known and unknown. Donald Trump has not changed this scenario much if at all. In addition, the buildup for a potential war with Russia or China continues. Recently, Secretary of State Pompeo discussed a new agreement with the Greek government to build a naval base on Crete. A likely reason for this base is as part of an ongoing US plan to bring back a strategy from between the last two world wars that would create an alliance of countries reaching from the Baltic Sea over the Black Sea to the Aegean Sea, with Poland as a primary member. Known as the Intermarium, this alliance would serve as an alternative power bloc between Germany and Russia. This might help explain the growing presence of the US military in Poland. (“Intermarium in the 21st Century. A New Path for Europe?” ; Cohen, Nick; November 2019; accessed 11/2/2020)

The purpose of the timeline above is to accentuate the fact that the United States is a war making nation. Even during periods when there are few if any military conflicts, Washington is rearming itself. This is the meaning of the huge increase in military expenditures during Reagan’s presidency. A similar situation existed under Trump; military budgets increased dynamically every year of his tenure, with most increases going towards weapons manufacture. His role, like the role of a so many presidents before him, was to maintain and expand the US arsenal, which in turn is used to maintain and expand the US Empire.

The election, however it turns out, is not going to change this. We all know the capitalists and their governments will do anything to protect capitalism. The only possible restraint on the continuation of the wars mentioned here and any future conflicts is a consistent and vocal antiwar sentiment is organized outside of the two major political parties—both of which are singular in purpose when it comes to the Pentagon and the empire. Building this movement to express it is not only a good idea, it is essential to resolving the multitude of other troubles facing the human race.

The post The Election and the Empire appeared first on CounterPunch.org.