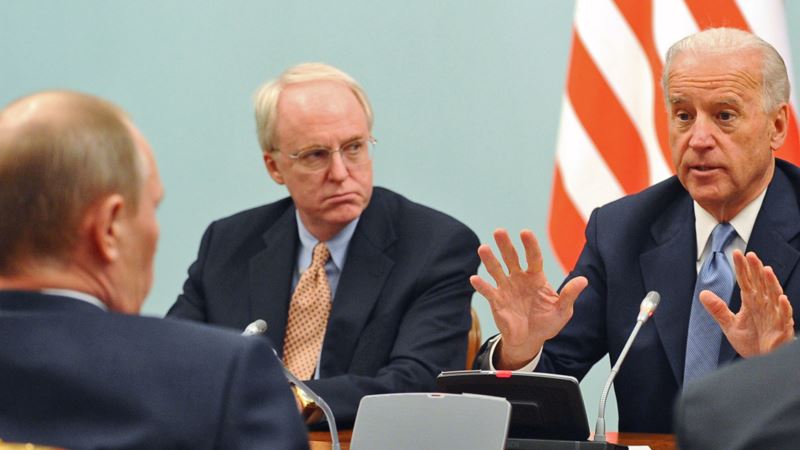 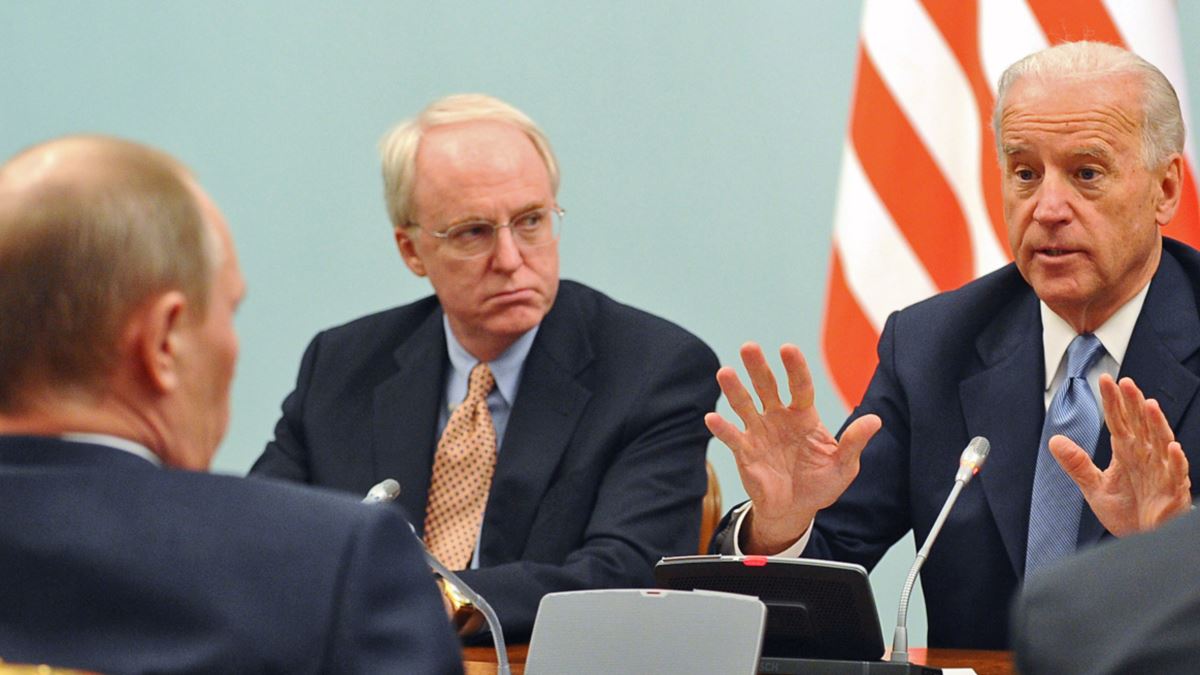 As America’s allies quickly welcomed the election of Joe Biden as the next U.S. president, with Germany hailing it as a “new and exciting chapter” in transatlantic ties, there was silence from Russia.

The Kremlin’s cold shoulder for the 77-year old president-elect should come as no surprise.

Biden, who was declared the winner of the presidential race on November 7, is expected to take a tougher stance toward the Kremlin on its human rights record and foreign policies compared with President Donald Trump.

The president-elect has repeatedly criticized Russian President Vladimir Putin for “malign actions,” including invading its neighbors and meddling in foreign elections, and he recently called the country an “opponent.”

Biden claimed in a July 2014 interview with New Yorker magazine that he got tough with Putin during a meeting three years earlier when he oversaw the U.S. effort to help Ukraine battle Russian-backed separatists in eastern Ukraine.

“I don’t think you have a soul,” Biden said he told Putin.

Russia was eventually kicked out of the Group of Eight (G8) for its hostilities toward Ukraine, which also included the annexation of Crimea. Trump, on the other hand, raised the possibility of inviting Putin back into the group of leading industrial nations and rarely criticized the Kremlin.

There is another reason the Kremlin would be slow to welcome a Biden presidency.

Biden has said he wants to strengthen the transatlantic relationship, including reinvigorating NATO, the U.S.-led military alliance focused on containing Russian aggression.

Trump’s opponents say the president damaged the relationship, especially with Germany and France, with his criticism of NATO and the European Union.

Some former officials in the Trump White House said they even feared the president would withdraw the United States from NATO if he won a second term, handing the Kremlin a gift.

European leaders expressed a sigh of relief when the election outcome was announced.

German Chancellor Angela Merkel said she “looked forward to future cooperation with President Biden. Our transatlantic friendship is irreplaceable if we are to master the great challenges of our time.”

Merkel, who is the first female leader of Germany, noted that Biden’s running mate, Kamala Harris, would be her country’s first female vice president.

Peter Beyer, the German government transatlantic coordinator, told Reuters that “we will have a U.S. President who is interested in Europe and doesn’t want to set us against each other,” a clear reference to Trump’s divisive policies toward the continent.

NATO chief Jens Stoltenberg congratulated Biden, tweeting, “I know Joe Biden as a strong supporter of our Alliance & look forward to working closely with him. A strong #NATO is good for both North America & Europe.”

“We take note of the latest development in the electoral process,” said Michel, president of the European Council.

French President Emmanuel Macron tweeted: “The Americans have chosen their President. Congratulations @JoeBiden and @KamalaHarris! We have a lot to do to overcome today’s challenges. Let’s work together!”

British Prime Minister Boris Johnson, seen by many as a close Trump ally and supporter, congratulated Biden and Harris on her “historic victory.”

“The U.S. is our most important ally and I look forward to working closely together on our shared priorities, from climate change to trade and security,” Johnson said.

Biden also received congratulations from the former and current leader of Ukraine, a country he visited six times during his tenure as vice president from 2009 to 2017, mainly to demonstrate strong U.S. support for the country amid hostilities with Russia.

The United States has supplied Ukraine with more than $1.5 billion in military aid and billions of dollars in financial aid.

Ukrainian President Volodymyr Zelenskiy tweeted that his country “is optimistic about the future of the strategic partnership with the United States.”

Ukraine and the United States “have always collaborated on security, trade, investment, democracy, fight against corruption. Our friendship becomes only stronger!”

U.S. relations with Ukraine suffered under Trump, who blamed the country for hurting his 2016 election bid, according to his former officials.

Relations with Kyiv further worsened when Trump in 2019 asked the recently elected Zelenskiy to investigate Biden and the Democratic National Committee.

When Trump’s actions were revealed, it led to his impeached by the Democratic-controlled House of Representatives. The Senate eventually found Trump innocent.

Nonetheless, the impeachment put off indefinitely a much-desired visit to the White House by Zelenskiy and led to the departure of the special envoy to Ukraine.

“Ukraine is blessed to have a U.S. President with so profound and personal knowledge of our country,” he wrote on Twitter.

“With a firm U.S. bipartisan support of Ukraine to stay strong, we look very much forwards to a committed transatlantic leadership of the United States to secure the Free World.”

[1] Emmanuel Macron on Twitter: "The Americans have chosen their President. Congratulations @JoeBiden and @KamalaHarris! We have a lot to do to overcome today’s challenges. Let's work together!" ➤ https://twitter.com/EmmanuelMacron/status/1325136167084363779[2] Володимир Зеленський on Twitter: "Congratulations to @JoeBiden @KamalaHarris! #Ukraine is optimistic about the future of the strategic partnership with the #UnitedStates. 🇺🇦 and 🇺🇸 have always collaborated on security, trade, investment, democracy, fight against corruption. Our friendship becomes only stronger!" ➤ https://twitter.com/zelenskyyua/status/1325141322773098496?s=11[3] Петро Порошенко (@poroshenko) | Twitter ➤ https://twitter.com/poroshenko?s=11