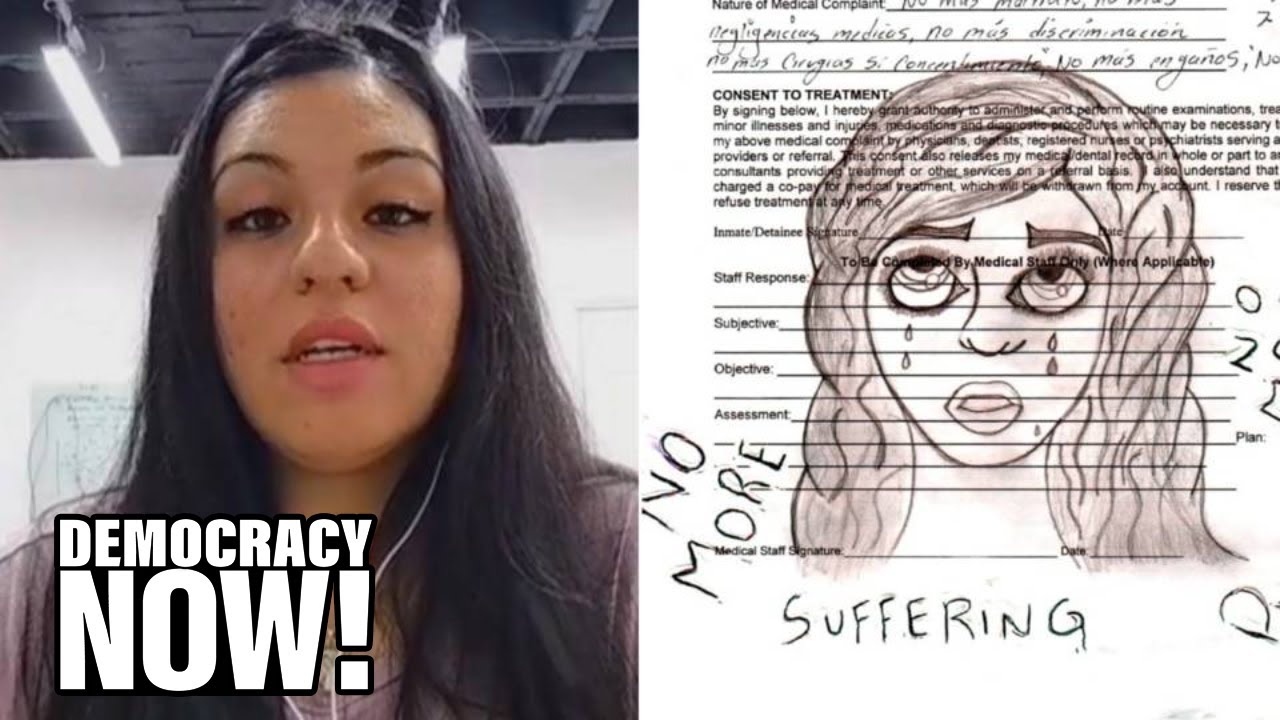 An independent medical review team has submitted a report to Congress on a lack of informed consent and “disturbing pattern” of questionable gynecological surgical procedures at the Irwin County Detention Center in Georgia, after an account from a nurse whistleblower in September prompted congressional and federal investigations. At least 19 women, most of whom are Black and Latina, have come forward to allege they were pressured into “unnecessary” gynecological treatment and surgeries — including procedures that left them sterile — while they were detained by Immigration and Customs Enforcement. We speak with Jaromy Floriano Navarro, a survivor of medical abuse and neglect at Irwin who was the original source of the information about medical abuse by Dr. Mahendra Amin that was eventually included in the whistleblower report. “From day one that I met Dr. Amin, he said, ‘OK, you need surgery,’” Navarro says. “They were really trying to do the surgery on me, for whatever reason. They wanted to take my womb out.” We also speak with Dr. Maggie Mueller, an assistant professor of obstetrics and gynecology at Northwestern Medical Center who was part of the independent medical review team that produced the new report, and Adriano Espaillat, Democratic congressmember from New York who visited the Irwin County Detention Center in September as part of a delegation from the Congressional Hispanic Caucus.