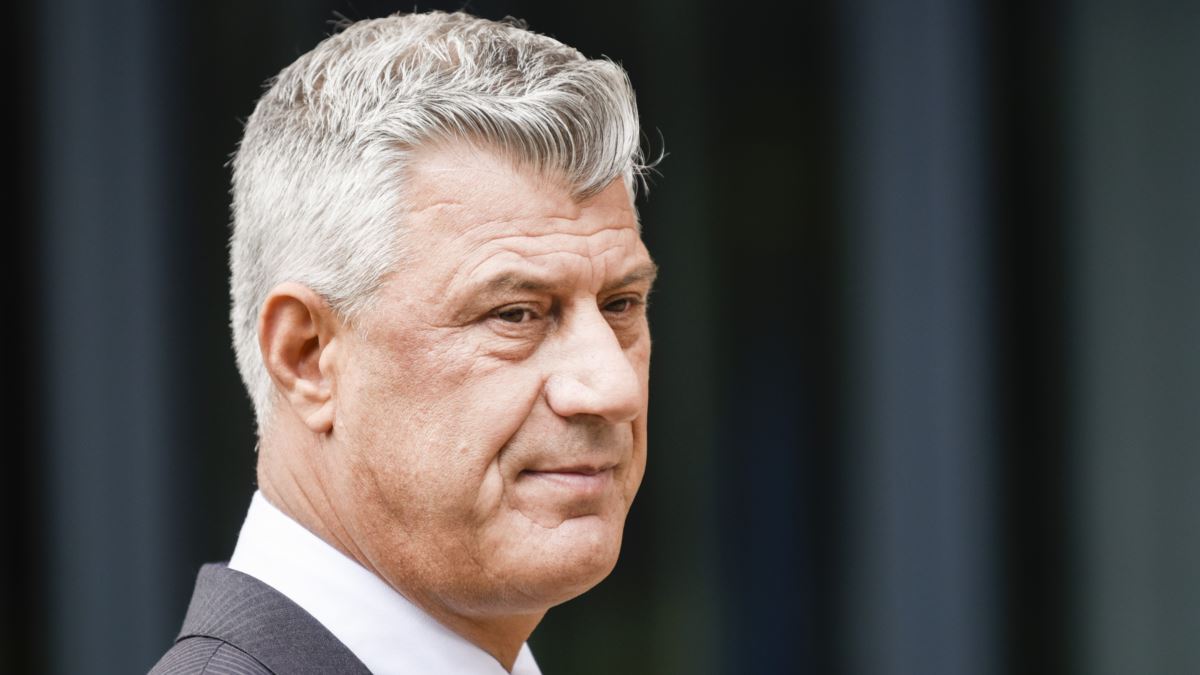 Former Kosovar President Hashim Thaci will make an initial court appearance in The Hague on November 9 on charges of committing war crimes and crimes against humanity stemming from Kosovo’s war of independence more than 20 years ago.

A commander of the Kosovo Liberation Army (UCK) during the 1998-1999 war, Thaci resigned as president on November 5 after learning the Kosovo Specialist Chambers (KSC) had confirmed an indictment against him.

The Hague-based KSC said in a statement the initial appearance will be a public hearing.

“During an initial appearance, the pretrial judge makes sure that the rights of the accused, including the right to legal representation, are respected, and that the accused understands the charges against him or her,” the November 6 statement said.

Thaci, who says he is innocent, has pledged to cooperate with the tribunal.

The SPO in June accused Thaci and other suspects of being “criminally responsible for nearly 100 murders,” as well as the “enforced disappearance of persons, persecution, and torture.”

The alleged crimes involved “hundreds of known victims of Kosovo Albanian, Serb, Roma, and other ethnicities and include political opponents,” according to the SPO.

The KSC is mandated to look into allegations that members of the UCK committed war crimes and crimes against humanity during the war to gain independence from Serbia.

It operates under Kosovar law but is based in the Netherlands to shield witnesses from intimidation.

Kosovo’s war of independence from Serbia left more than 10,000 people dead. Most of them were ethnic Albanians from Kosovo. More than 1,600 people remain unaccounted for. The fighting ended after a 78-day NATO air campaign against Serbia.

Kosovo, which has a largely ethnic Albanian population, declared independence from Serbia in 2008, a move recognized by many Western states but not Serbia or its allies Russia and China.

Two other former members of the Kosovo Liberation Army (UCK) were transferred to the detention facilities of the KSC on November 5.

They are Kadri Veseli, a former speaker of parliament and leader of the Democratic Party of Kosovo, and Rexhep Selimi, a Kosovar lawmaker and former UCK member.

Jakup Krasniqi, also an ex-speaker of parliament and former guerrilla commander, was taken into custody on November 4 in a special operation by the Hague-based war crimes prosecutors in cooperation with local police in Pristina and taken to The Hague.

The KSC said Krasniqi’s initial appearance before the pretrial judge would also take place on November 9.

Information about the date of the appearances of Veseli and Selimi is to be announced later.

Salih Mustafa, one of the founders of the UCK, had already been transferred to The Hague to face similar charges.

Two more suspects, Nesim Haradinaj and Hysen Gucati, are also in detention in the Dutch city, but their indictment has yet to be confirmed.

With reporting by RFE/RL’s Balkan Service