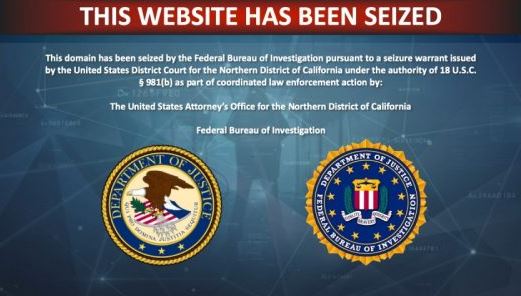 Many observers would agree that the biggest loser in the recent U.S. presidential election was not Donald Trump, it was the media. The news that was presented to the American public amounted to a tsunami of negative reporting on Donald Trump buttressed by opinion polls that turned out to be poorly executed and wrong by a huge margin. Some might argue that Trump got what he deserved as he was a bad candidate and a bad man, but the unwillingness of the media to pursue stories detrimental to Joe Biden, particularly the corruption surrounding son Hunter, demonstrated a reckless disregard for admittedly unpleasant facts that might have changed some votes.

As an honest media is essential to the proper functioning of a democracy the issue of the politicization of the Fourth Estate is perhaps more serious than who eventually wound up being elected. The degradation of the traditional media, exemplified by the shameful reporting on the Russiagate fiction, has unfortunately come at a time when the new media, i.e. the “internet” is also undergoing transformation. Though some Americans continue to believe that when they go “online” they will get a free flow of useful and factual information that will guide them in making decisions or coming to conclusions about the state of the world, they are increasingly finding only spin or misdirection.

The conceit that the internet would bring with it alternative viewpoints challenging the status quo might have been true to an extent twenty years ago, but the growth and consolidation of corporate information management firms has instead limited access to material that it does not approve of, thereby successfully shaping the political and economic environment to conform with their own interests, and, increasingly those of the federal government. Facebook, Google and other news and social networking sites now all have advisory panels that are authorized to ban content and limit access by members and threats from Washington about regulating the companies and their offerings keep everyone toeing the line.

The United States government, riding a wave of Donald Trump inspired complaints about fake news, has itself been increasingly engaged in suppressing viewpoints that it objects to. The first major attack on foreign media operating in the United States came in 2017, when Russian government news sites Russia Today (RT America) and Sputnik were compelled to register under the Foreign Agents Registration Act of 1938. U.S. intelligence agencies had stated in a January report that the stations, which broadcasts on cable and over radio in the United States, are part of “Russia’s state-run propaganda machine” and that they had contributed to the Kremlin’s campaign to interfere in the 2016 presidential. That was of course untrue. Based on the report, the Department of Justice compelled RT America and Sputnik to register under FARA, which inter alia requires the disclosure of financial information.

The United States has moved to criminalize what it considers propaganda by foreign adversaries through its 2017 creation of the FBI’s Foreign Influence Task Force (FTIF) in the bureau’s Counterintelligence Division. The Justice Department claim that both the Russian sites were agents of the Kremlin might appear to be fair enough, but it was noted at the time that many other government-supported foreign news services operate freely in the U.S. without having to declare themselves “agents” and the U.S. itself openly operates propaganda sites like Radio Free Europe overseas without any hindrance.

Since that time, Washington and the media have also been beating the familiar drum that foreigners are interfering in American politics, to include Russia, the Chinese, and the Iranians. In August a 77 page report produced by the State Department’s Global Engagement Center (GEC) on Russian internet based news and opinion sources was released. It claimed that the Russians were guilty of spreading disinformation and propaganda on behalf of the Kremlin. Its full title read “Understanding Russia’s Disinformation and Propaganda Ecosystem” and it included a lead paragraph asserting that “Russia’s disinformation and propaganda ecosystem is the collection of official, proxy, and unattributed communication channels and platforms that Russia uses to create and amplify false narratives.”

Perhaps not surprisingly, the New York Times is hot on the trail of Russian malfeasance, describing the report and its conclusions in a lengthy article “State Dept. Traces Russian Disinformation Links” that appeared on August 5. The Times described how the government report identified a number of online sites that it claims are actively involved in the “disinformation” effort. The Times article focuses on one site in particular that this author writes for, describing how “The report states that the Strategic Culture Foundation [website] is directed by Russia’s foreign intelligence service, the S.V.R., and stands as ‘a prime example of longstanding Russian tactics to conceal direct state involvement in disinformation and propaganda outlets.’ The organization publishes a wide variety of fringe voices and conspiracy theories in English, while trying to obscure its Russian government sponsorship.” It also quotes Lea Gabrielle, the GEC Director, who explained that “The Kremlin bears direct responsibility for cultivating these tactics and platforms as part of its approach of using information and disinformation as a weapon.”

Russia has, of course, been falsely accused of supporting the election of Donald Trump in 2016 and the existence of alternative news sites funded wholly or in part by a foreign government is not ipso facto an act of war or even particularly aggressive. Also, the claim that the Strategic Culture Foundation was and presumable still is a disinformation mechanism is overwrought. Yes, the site is located in Moscow and it may have some government support but it features numerous American and European contributors in addition to Russians. Its content is generally speaking antiwar and often critical of U.S. foreign policy but the contributors include conservatives, libertarians and progressives who write on all kinds of

The latest attack by the U.S. government on an alternative media resource, involves the American Herald Tribune (AHT), which was launched as an alternative news site in 2015. Canadian Professor Anthony Hall, serves as the Editor in Chief of the site. Hall currently lives in Lethbridge Alberta Canada and is a Professor Emeritus at the University of Lethbridge. The name and internet domain base of the site were set up and initially funded by Iranians whom Hall had encountered on one of his several trips to Iran. The news site is admittedly highly critical of American foreign policy and of Israel, which also means that it is supportive of both Iran and Syria. It is strongly opposed to the United States initiating a war with the Iranians. Its contributors include myself as well as scores of writers from the Americas, Europe and Asia and articles have appeared on a wide range of topics.

AHT first came under pressure in February, based on a cyber-security report that alleged that the site was one element in a large disinformation network being run by the Iranian government. The story was picked up by CNN and the Washington Post, with a Post review of the CNN information claiming that though AHT masquerades as a self-professed “’genuinely independent online media outlet’ …cybersecurity experts have determined [it] is part of a far-reaching Iranian influence campaign. The strategy is simple: create a network of inauthentic news sites, then enlist associated accounts on popular platforms to spread the stories not only here but also in Europe, Latin America and the Middle East. American Herald Tribune’s modus operandi matches what we’ve already learned about online disinformation: Adversaries ‘launder’ their campaigns through sympathetic citizens of target countries, or just citizens they offer money to — from authors on propagandistic or outright deceptive news sites to run-of-the-mill social media users.”

The cybersecurity company that wrote the damning report cited by CNN is based in California and is called Fire Eye. It reportedly has numerous contracts with the federal government and its assessment about the Iranian disinformation network provided nothing in the way of actual evidence nor did it actually name AHT, though there has been an independent unsupported claim that AHT was founded in Iran. Fire Eye also rated its “assessments” in the report as being presented with “moderate confidence.” In government-speak, that means that the conclusions are mostly speculative, not based on hard evidence, and do not require further action.

Prominent investigative journalist Gareth Porter has also described the social media censorship AHT has endured. His June report maintains that the FBI had encouraged Facebook, Instagram, and Google to remove or restrict ads on AHT specifically. In 2018, AHT’s Facebook page was deleted and its Instagram account was closed.

If the allegations regarding AHT’s role in a larger conspiracy sounds similar to the false charges made against Russia post 2016, they should, as they come out of the same script of “foreign interference.” The CNN coverage of AHT should have been seen as a warning that more was to come. On October 7 the Department of Justice took decisive action when it “…seized 92 domain names that were unlawfully used by Iran’s Islamic Revolutionary Guard Corps (IRGC) to engage in a global disinformation campaign… According to the seizure documents, four of the domains purported to be genuine news outlets but were actually controlled by the IRGC and targeted the United States for the spread of Iranian propaganda to influence United States domestic and foreign policy in violation of the Foreign Agents Registration Act (FARA), and the remainder spread Iranian propaganda to other parts of the world. In addition, the seizure documents describe how all 92 domains were being used in violation of U.S. sanctions targeting both the Government of Iran and the IRGC. We will continue to use all of our tools to stop the Iranian Government from misusing U.S. companies and social media to spread propaganda covertly, to attempt to influence the American public secretly, and to sow discord…”

On November 4 the Justice Department seized an additional 27 alleged IRGC supported domains. The AHT was included in the seizures and the site is now down. All of AHT’s accumulated articles archived in the domain are also inaccessible.

What is happening here is an effort by the U.S. government to suppress any news source if it can be plausibly linked to a foreign government that is unfriendly. At the present time that basically means Russia, China, North Korea and Iran. To be sure, AHT publishes authors with dissenting views, who frequently criticize U.S. foreign policy towards Iran in particular and also regarding the Middle East more generally. But to make the case against AHT and the other alleged Iranian disinformation sites, the Justice Department had to claim that the funding for the network was coming from the Iranian Revolutionary Guard Force, an organization that it has conveniently labeled as “terrorism supporting.” It is a tenuous argument on all levels, but the real damage being done is to the First Amendment right, Freedom of Speech. The ability of Americans in particular to obtain up-to-date and reliable information has been eroding for twenty years or more while the claim that “foreigners” providing alternative viewpoints to small audiences are destroying democracy is ridiculous as there is no evidence that anyone was radicalized by anything through what he or she was hearing or seeing. If Joe Biden’s administration continues to move in the same direction as Donald Trump and the mainstream media itself self-censors to go along with the charade, there will be very little freedom left when the next national election rolls around.

The post The Strange Demise of the American Herald Tribune first appeared on Dissident Voice.