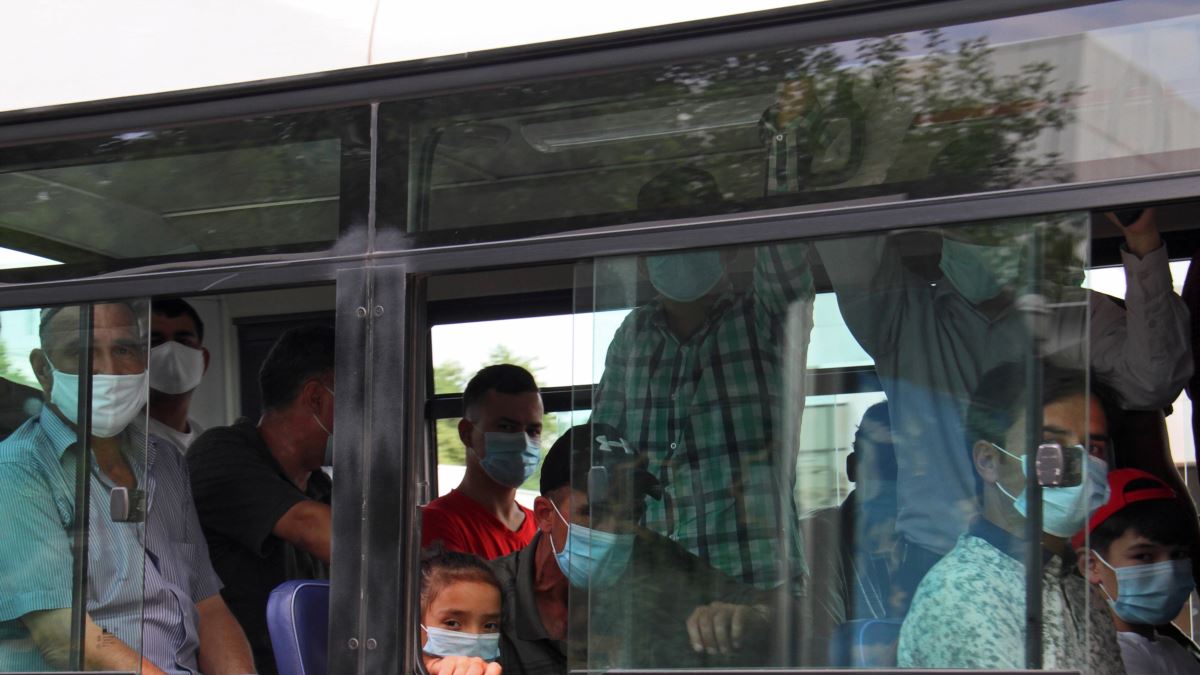 Authorities in Turkmenistan, where no coronavirus cases have been officially reported, have tightened controls over mandatory mask wearing, carrying out raids in organizations, companies, and schools, and imposing fines on individuals who don’t wear face coverings.

RFE/RL’s correspondents reported on November 11 that the raids are organized by teams consisting of staff members of local authorities, police officers, and sanitary officials.

“Those caught without masks outside are fined 20 manats ($5.7), while people without masks indoors are ordered to pay a 50-manat ($14.3) fine, which is a significant sum of money for ordinary citizens,” they said.

In Turkmenabat, the capital of the eastern Lebap Province, lines have appeared in front of the city’s sanitary control office in recent days as people wait to pay fines for mask violations.

In the neighboring province of Mary, police officers, accompanied by teachers and representatives of local government, have been patrolling streets of the region’s towns and cities detaining people without masks.

Some teachers told RFE/RL that they were forced to take part in such patrols, which they called “shameful.”

Very often such patrols hide in unexpected places and catch individuals without masks by surprise, they added.

RFE/RL attempts to reach officials in Lebap and Mary, as well as local police, were unsuccessful.

The administration of authoritarian President Gurbanguly Berdymukhammedov has maintained that there have been no confirmed coronavirus infections since the virus emerged from China and has since infected almost 52 million people globally.

Despite the claim, many Turkmen citizens say they prefer to stay home when ill, fearing they may become infected with the coronavirus during visits to hospitals that are overwhelmed with patients with COVID-19-like symptoms.

The bodies of those dying of COVID-19-like lung problems are being delivered to their relatives in special plastic bags, and the number of fresh graves across the country is increasing exponentially.

In August, the World Health Organization (WHO) expressed concern over an increase of atypical pneumonia cases in Turkmenistan and unsuccessfully urged Ashgabat to allow it to organize independent coronavirus tests in the country.