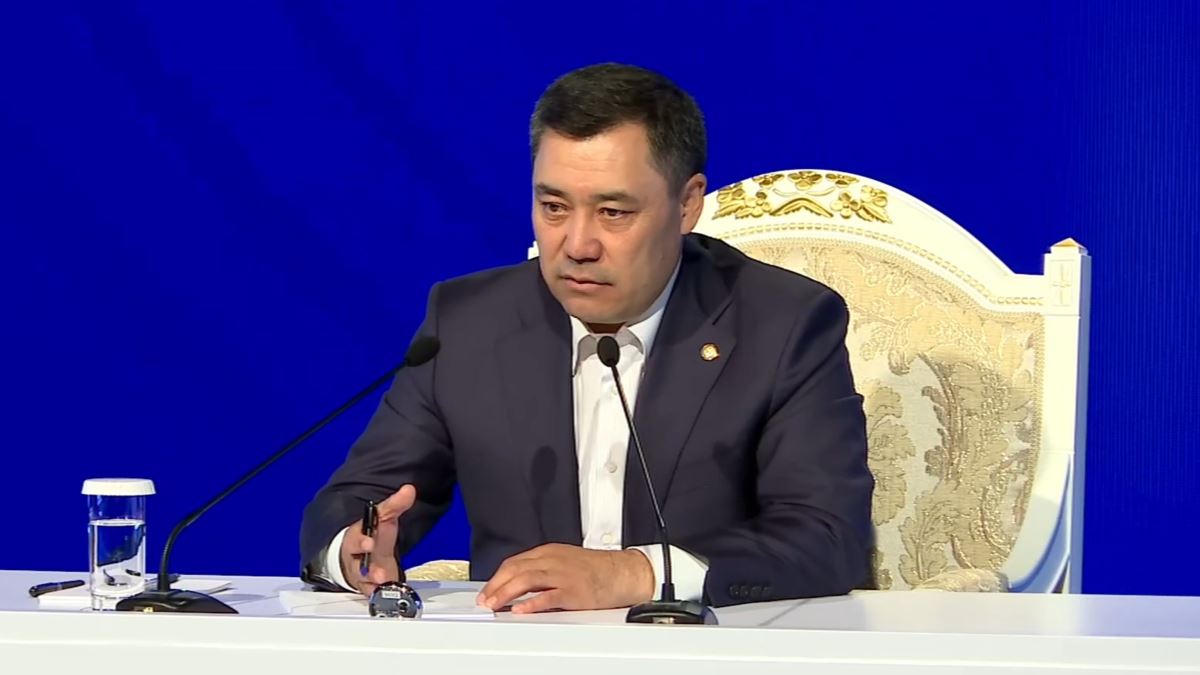 BISHKEK — Kyrgyzstan’s acting President Sadyr Japarov has reiterated that he plans to step down to be eligible to take part in a presidential election in January and vowed to secure fair and open voting.

“If I lose the election, my supporters will not protest in the streets. If cases of use of administrative resources during the election or cases of vote-buying are noticed, immediately tell us. We will undertake measures to stop it. We will introduce a blockchain system to prevent any possible rigging or fraud. Our citizens abroad will also be able to vote,” Japarov said in a wide-ranging press conference on November 12.

Under current Kyrgyz law, anyone serving in an acting or interim capacity as president may not then run in an election for the post.

But Japarov has said several times that he will step down in December to be eligible to seek the presidency.

The 51-year-old became prime minister in the midst of protests against the official results of parliamentary elections last month.

The demonstrations prompted authorities to cancel the results of the poll and sparked a political crisis that led to the resignation of the government and President Sooronbai Jeenbekov.

Jeenbekov was the third president in the Central Asian nation toppled by anti-government protests since 2005.

After Jeenbekov left office in mid-October, Japarov, who during the protests had been released from prison where he was serving a sentence for kidnapping a political rival, was handed presidential powers as well.

After becoming prime minister, Japarov initiated amendments to the constitution to change the rules for elections and signed legal changes that postponed fresh parliamentary elections — tentatively set for December 20 — to an unspecified date in 2021, despite a requirement that such a vote come within two months.

That move cleared the way for an early presidential election on January 10.

Answering a question about the constitutional amendments possibly bringing a dictatorial system to the country, Japarov rejected the notion, saying dictatorship in Kyrgyzstan is “impossible.”

“The nation of Kyrgyzstan has had three revolutions in 30 years. It is a nation that has chosen a fair life. A nation that has rejected dictatorship, lawlessness, injustice. It doesn’t matter who wins the [presidential poll] — me or somebody else after me. The Kyrgyz nation will not allow a dictatorship, as you all witnessed,” Japarov said.

As of November 12, 15 other people had officially informed the Central Election Commission (BShK) of their intention to run for president.