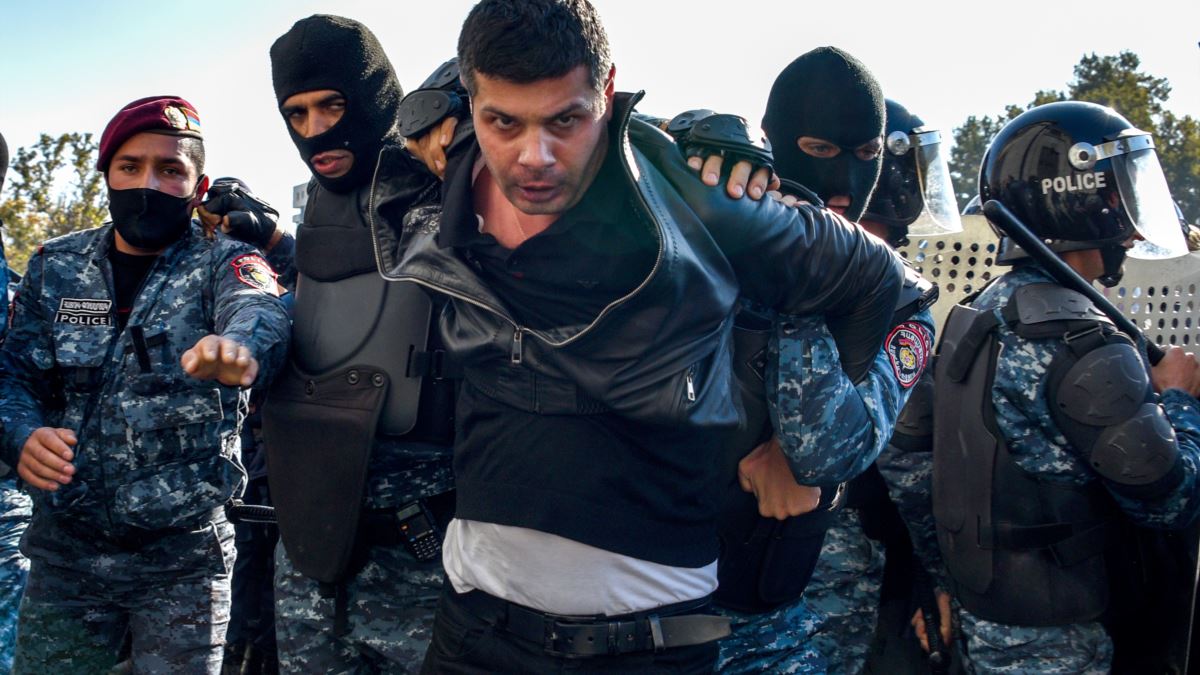 YEREVAN — Armenian opposition groups are planning to continue their protests to demand the resignation of Prime Minister Nikol Pashinian over the terms he agreed to in a Russian-brokered accord with Azerbaijan that ended more than six weeks of fighting over the breakaway Nagorno-Karabakh region.

The announcement of the truce deal early on November 10 sparked an immediate and furious reaction in the Armenian capital, where angry protesters stormed government buildings and parliament.

While ending fighting that has killed more than 2,000 soldiers and civilians on both sides, the deal has been rejected by many Armenians because it allows Azerbaijan to keep a sizable chunk of the small mountain region, along with the surrounding areas captured during the fighting.

The day after the agreement, thousands of demonstrators defied martial law and rallied in the center of the city, calling Pashinian a “traitor.”

The opposition has denounced the arrests as illegal.

The Russia-brokered deal is a major defeat for Yerevan-backed ethnic Armenian forces who have controlled Nagorno-Karabakh since a 1994 cease-fire ended all-out war.

The peace deal came after Azerbaijani forces made major battlefield gains in and around Nagorno-Karabakh, including reports they were approaching the region’s main city, Stepanakert, after taking the nearby strategic town of Shushi, known as Susa in Azeri.

Nagorno-Karabakh is recognized as part of Azerbaijan, but the ethnic Armenians who make up most of the population reject Azerbaijani rule. They have been governing their own affairs, with support from Armenia, since Azerbaijan’s troops and Azerbaijani civilians were pushed out of the region in a war that ended in a cease-fire in 1994.

Efforts to resolve the conflict by the OSCE Minsk Group — co-chaired by Russia, France, and the United States — have not brought any results since 1992. Three previous cease-fires signed since fighting broke out again on September 27 have failed to hold.