I am not a pundit, or at least not a legitimized one.  I have never been a guest on any major TV network, as a pundit or as anything else.  I have never taken a poll or been paid to make any predictions.  But for two presidential elections in a row, the punditry was generally way off on their predictions, and I was pretty close to the mark.  And yes, I also made my predictions in a public form — Twitter — prior to the elections, so there would be a record of them. 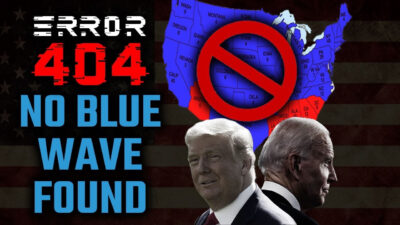 I am not trying to gloat here, but it seems worth setting the stage a little, before I share a little perspective.  In 2016, as the polls and many other people were predicting that Trump would lose badly to anyone the Democrats put forward, because so many people would want to repudiate his blatant racism, xenophobia and obviously corrupt nature, I made the call that he’d win.  Not exactly an accurate call, since he did lose the popular vote by 3 million, but he did win the electoral college, and thus, the office. In 2020 my prediction was that he’d again lose the popular vote, by a bigger margin than in 2016, but not by a landslide, and that he’d ultimately win the electoral college again. My prediction of the margin of Trump’s loss of the popular vote was accurate, but we don’t know yet about the outcome of the election. I also predicted in 2020 that Sanders-backed candidates would do well. This prediction was also borne out, and, as I expected, there was no “blue wave” of Democratic Party victories, aside from the explicitly socialist-leaning candidates.

There are reasons why I was mostly right in my predictions, both times, and the pollsters were mostly wrong, both times. It is not random, and I am not lucky. I have a superior analysis to the pollsters, evidently. I made my judgment calls based on a combination of factors — massive consumption of a wide variety of news sources from throughout the US and the world, across the political spectrum is one of my sources. Other sources include closely following the political trajectories of people who comment on my YouTube videos, and actively walking the streets in every neighborhood in the city of Portland, Oregon and the surrounding suburbs, postering.  In 2016, I traveled extensively throughout the US as a touring performer, another important way to take the pulse of a country.  In 2020, as a pandemic-inspired broadcaster, I’ve conducted over a hundred interviews, mostly with people in different parts of the US, about what’s going on here.  And altogether, these sources proved to be more accurate than those that most of the pundits have relied on, in both 2016 and 2020.

Now that I’ve hopefully established my credentials as a (non)pundit, despite my chronic lack of exposure on network TV, I’m going to intentionally skip over any further explanation of methodology. That is just to say, my predictions do take into account the fact that Republican skullduggery has ensured that millions of US citizens have been deprived of their voting rights in the past ten years or so. They do take into account, as well, that Bloomberg’s billions didn’t seem to help the DNC candidates much at all in buying their way back into the Congress.  But these are only two of innumerable factors that went into the results of this election, or these many elections, since we’re talking about lots of local electoral struggles that played into the whole picture as well.

Lots of other pundits are currently berating themselves once again and very publicly agonizing over where they went wrong, and what is really going on with the voters, what they want, where each party is heading politically, demographically, etc. Most of these pundits will come to the wrong conclusions and go on to make all the wrong predictions again.  There’s a whole lot that I and others are saying, and can say, about why the following conclusion is an accurate one, and how I reached it — how so many of us reached it, long, long ago:

If you really look at the results of these elections with a clear eye, and you understand how I make my political predictions, and why they are more or less accurate, you will conclude that what the people want is socialism. If they can’t get something that feels like real socialism, they’ll settle for fake socialism, also known as National Socialism, also known as fascism.  What they hate the most is the capitalist elite.  So many people are so desperate and feel so legitimately so abandoned by the Democratic Party and any connection it used to have to the working class, that they would rather vote for anyone who appears to be critical of the establishment, regardless of how vile that person may be in every other possible way.

There is no question in my mind that all else being equal, if the DNC had not sabotaged his campaigns, Bernie Sanders would have won in 2016 and in 2020 by a landslide. Of course, all else is not equal, and if it weren’t the DNC sabotaging him, it would have been the media, or any number of other elements of the established elites.

So what we end up with, if we are lucky here, is literally that which brought us Donald Trump.  What we end up with is the man who ran on the achievements of the presidency for which he served as Vice President, during which time the stock market boomed, and my rent doubled, as did the cost of living for a hundred million other Americans. That’s the time period he keeps bragging about. That’s what he’s promising. If we don’t get Trump again, that’s what we get — the neoliberal, empire-loving, $700-billion-a-year-isn’t-a-big-enough-military-budget, God Bless Our Troops, “my family is slightly less nepotistic than his” Joe Biden.

What can only follow is catastrophe. Nothing good can come out of this, at least not without a popular movement coming out of the grassroots of this society that makes the past few months of rebellion in the streets look like a house concert. But if you have any expectations of the so-called political leadership from either party doing anything useful without such pressure, you have your head in the sand.

For those of you here in Portland or elsewhere in Oregon, I’ll just state my agreement with what so many local radicals I follow on Twitter have been saying for the past few days:

Most of the good initiatives that were on the ballot won. This is because people had a chance to read the description of what they were about, which made sense to them, so they voted for them.  Thus, we have now more or less decriminalized hard drugs, set into motion free public daycare for all, as well as the framework for a police oversight body with the power to fire cops.  Unfortunately, while voters can read about the initiatives and vote according to their consciences after doing so, it’s much harder for the average voter to differentiate between two candidates who are both Democrats and both posture as really cool progressives on every possible issue. It takes a lot of research work to find out who these people are, if you’re not already a local news junky, or even if you are. The mayor, Ted Wheeler, got a lot of national media attention.  In the liberal press he was generally praised as a fellow liberal who was standing up to the feds, and also who banned tear gas. The truth, that he was and is a wealthy friend of the landlord lobby and a supporter of the city’s massive police budget, was never mentioned in the national press. If people read the Portland Mercury or other local publications, they might have known better, but Wheeler squeaked in with a victory over his far more progressive main challenger, and the same kind of thing happened in the City Council race for Chloe Eudaly’s seat, now lost to a candidate preferred by the police union and the landlord lobby.  A little knowledge can be a terrible thing, and here we are.

What comes next in this complex social and political and economic saga in this country we call the United States? I don’t have a clue. I only made my election predictions the day before the elections. What’s going to happen next week or next month would seem like a real fool’s errand to try to predict. All I know, based on my analysis of the history of this country, is that any positive change that might come will come out of movements that take to the streets and shut down business as usual, until broad demands for transformative changes are clearly and transparently and completely met.

What I can say beyond any shadow of any doubt, what I know to my bones, what every analysis of history and society that I can make tells me, is that now is not a time for moderation. Now is a time for demanding the impossible, and then some.

This article was posted on Saturday, November 14th, 2020 at 2:12pm and is filed under Democracy, Democrats, Elections, Joe Biden, Lesser Evilism, Opinion.