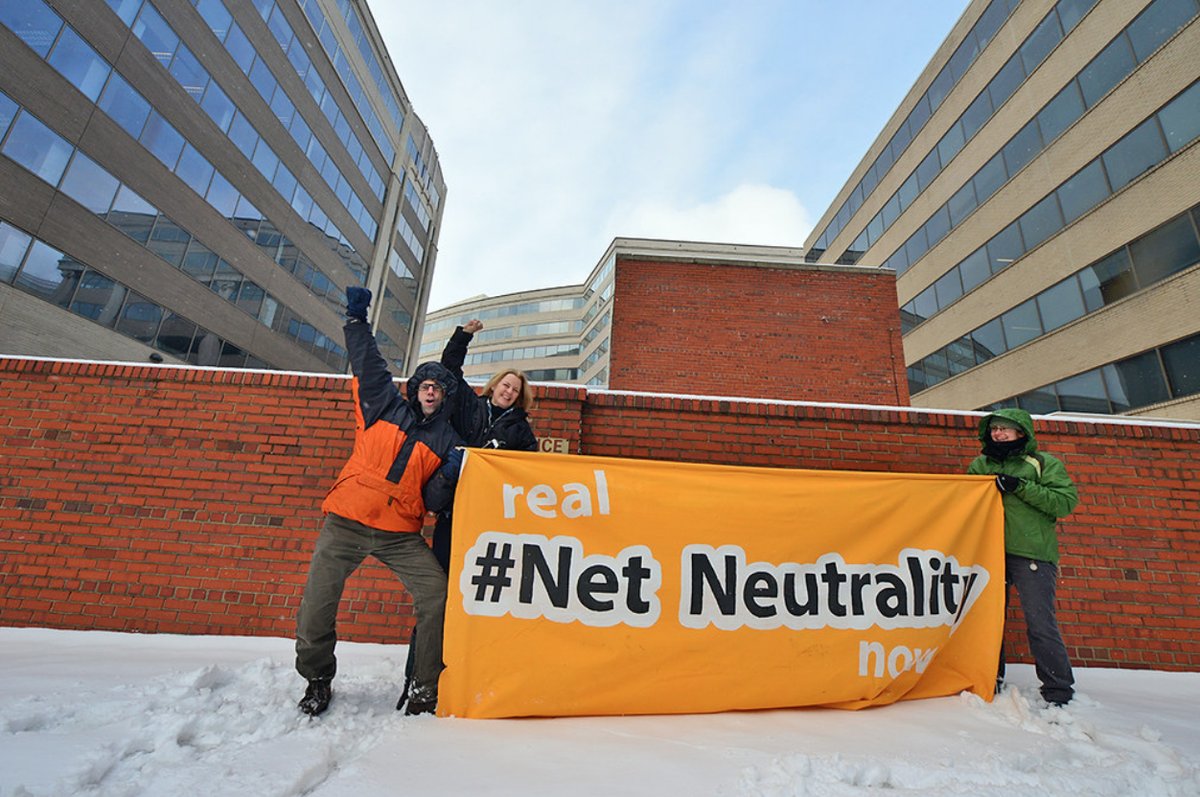 The Federal Communications Commission (FCC) met on October 27, just a week before the 2020 presidential election. The five commissioners—three Republicans and two Democrats—voted along predictable party lines to end net neutrality and further privatize public utility networks. Their decision blocks cities and states from dealing with wireless issues, while providing billions of dollars to private telecoms for rural “fifth generation” or 5G upgrades.

During the 2020 campaign, Biden issued a position paper, “Build Back Better,” that laid out his infrastructure plan. It stated: “We’ve seen the need for a more resilient economy for the long-term, and that means investing in a modern, sustainable infrastructure and sustainable engines of growth—from roads and bridges, to energy grids and schools, to universal broadband.”

For her part, as a Senator, Harris has supported net neutrality as a key component of an open internet.

As President, a critical first step for Biden to achieve “universal broadband” will depend on whom he selects to become the FCC’s new chairperson. The current head , Ajit Pai,  served as Verizon’s associate general counsel from 2001 to 2003 and joined  the FCC in 2007 before being appointed chair by Donald Trump.

In early discussions of Biden’s likely key administrative appointments, the FCC chairperson was notably absent from the Biden list. Nevertheless, among the five leading candidates for chairperson are the following:

Whoever is finally chosen as the new chair, the real challenge facing Biden is whether that person can move the FCC beyond the “regulatory capture” that has long determined its policies.

A number of key issues will define Biden’s ability to redress the overtly corporatist agenda promoted by the Trump’s commission.

In 2015, President Obama’s FCC made broadband a Title II service. But Trump’s Republican-controlled FCC moved broadband services to Title I, from “common carrier” to “information service,” thus making it more corporate-friendly and governed by fewer regulations.

Biden’s FCC is expected to move broadband back to its former status as a Title II service.

Another key issue for the incoming administration will be net neutrality, the requirement that Internet access providers treat all traffic on equal terms, as a common carrier service. That means, among other things, that they can’t allow faster speeds for one provider over another.

There are also questions having to do with alleged overcharging by telecommunications corporations, the move to “5G” (fifth generation) wireless, and the question of whether giant telecoms are subject to antitrust laws.

A sixteen-month Congressional investigation into Amazon, Apple, Google, and Facebook found that the huge tech companies exercised “monopoly power” in key business segments and have abused their dominance in the marketplace. Some members of Congress, including several Republicans, want to break up “big tech.”

Finally, the FCC may support efforts now underway in California, Texas, and other states to sue telecom companies that have overcharged customers for more than a decade.

Due to the enormous increase in at-home schooling and working, The COVID-19 pandemic has led to a significant increase in telecom usage. Microsoft Azure cloud computing service reported a 775 percent increase in usage in regions “that have enforced social distancing or shelter in place orders.”

In 2019, the FCC estimated that twenty-one million Americans didn’t have home access to broadband. John Kahan, Microsoft chief data analytics officer, warned that the FCC estimates used “inaccurate broadband mapping data that vastly undercounts the number of Americans without access to broadband.” He noted that Microsoft data indicate that almost 163 million people “are not using the internet at broadband speeds.”

Biden’s FCC must set out to narrow, and ideally close, this digital divide. The first step in this direction is the appointment of a progressive FCC chair who will fight to reverse the damage that the current commission has already dealt to net neutrality.