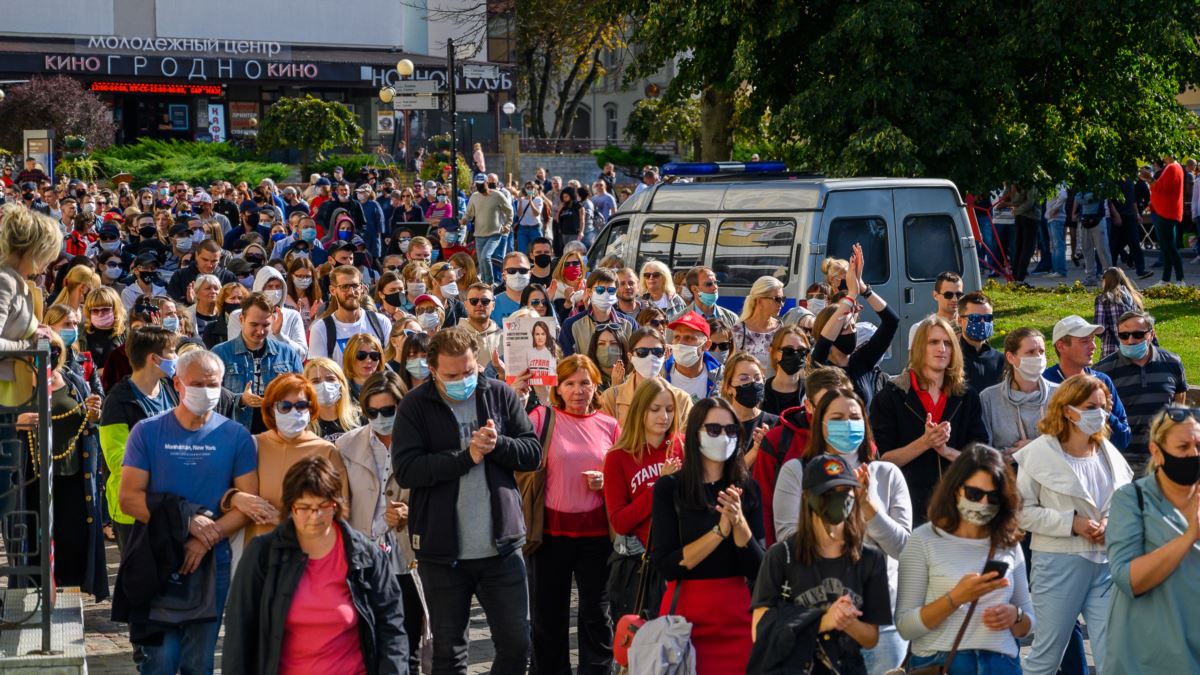 Protesters challenging Alyaksandr Lukashenka’s grip on power rallied in the Belarusian capital, with little sign that either the Lukashenka government or his opponents were prepared to give ground.

Outside one subway station in central Minsk, demonstrators were met with flashbang grenades. Masked and balaclava-wearing officers ripped flags from some people’s hands in another location.

Convoys of military vehicles were spotted in several parts of the city as well.

Belarus has been gripped by unprecedented protests for more than three months, after Lukashenka claimed reelection for a sixth term.

Protesters demand that Lukashenka resign and turn over power to Svyatlana Tsikhanouskaya, an opposition leader and political novice who they say won the election.