Janine Jackson interviewed the Intercept’s Murtaza Hussain about Trump’s war on Yemen for the November 20, 2020, episode of CounterSpin. This is a lightly edited transcript.

Janine Jackson: Corporate media never want reality to complicate a good storyline: Trump is still about the “disgruntled white working class” for elite reporters, even though he only gets majority favorable ratings among households making upwards of $100,000 a year. Likewise, Trump is “anti-interventionist,” even as he directs violent interventions on multiple fronts.

Faulting no one for being concerned about possible saber-rattlers in a Biden administration, a history in which Donald Trump is allowed to be labeled an exception to belligerent US foreign policy will be deeply flawed.

A recent piece by our next guest encourages a shake-up of that characterization, and its erasure of the horrors the Trump administration has brought to, for one, Yemen. Murtaza Hussain is a journalist at the Intercept. He joins us now by phone from Brooklyn. Welcome back to CounterSpin, Murtaza Hussain.

Murtaza Hussain: Thank you for having me.

JJ: Your piece began, as did the Trump presidency, with what the White House called a “highly successful” “intelligence-gathering” raid on a Yemeni village, al-Ghayil. I’d say “remind us,” but for many of us, it may be the first time hearing: What happened, and what did it herald about Trump and Yemen?

And, essentially, special forces were deployed to the Yemini village. And it turned out to be a massacre, and several dozen civilians were killed. One US service member was also killed. And among the civilian victims were several children, more than 10 children, including a young girl who was an American citizen, a Yemeni-American citizen, and who was the daughter of Anwar al-Awlaki, the former preacher in the United States, a Muslim preacher who was killed under the Obama administration.

So I think that what that raid signified very early was the fact that the worst of the Obama-era counterterrorism practices would carry on into the Trump administration. And, indeed, we have seen that over the past four years. So while Trump likes to characterize himself symbolically as being against the wars of the preceding Washington establishment, in practice, he’s carried on those wars, and even escalated and intensified them, as we’ve seen in Yemen. 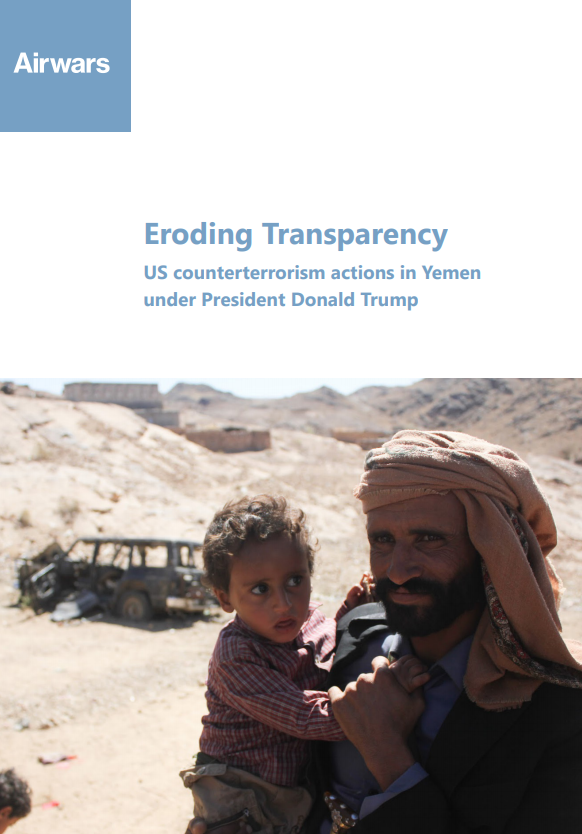 JJ: The Intercept’s Iona Craig said—I saw her on Democracy Now!—that she had subsequently heard from villagers from that village that was raided, and they were repeatedly targeted; it wasn’t a matter of a single day. Months later, she said, many were living in tents on the mountainside, because they were afraid to go back to their homes. But just to be clear: Trump didn’t just not get out of something that he inherited, he actually made it worse. And that’s what this Airwars report illustrates.

MH: Exactly right; he has made all of these conflicts worse. And to the extent that he has been “noninterventionist,” it’s mostly that he has not intervened with the CIA, or the Department of Defense, doing what it wants to do. He has not pushed back politically, or stood on any principles.

And it’s very interesting; he’s developed this reputation by just constantly portraying himself as somebody who’s anti-war, and some small number of people have found it compelling. The reality has not been the case; he’s not been anti-war. He has let the military establishment, the intelligence establishment, do everything it wants to do.

It just so happens that the US was so spent at the moment that there was not going to be a major war in this period of time, because their resources were exhausted. But anything they wanted to do, they got; Trump has been no impediment to that at all.

JJ: And even with regard to Yemen, there’s been some pushback, some calls to pull US support from that Saudi coalition, but Trump, in fact, very proactively vetoed that congressional measure.

MH: Absolutely, because his political supporters did not want such a measure, and he is never one to do what’s politically unpopular or politically difficult. He does the easiest thing at any given time, and then he goes and gives a speech and tweets about what an iconoclast he is; and that’s what he’s been living off of. And unfortunately, even in this election, which he lost, tens of millions of people found this narrative compelling. But the simple reality is it bears no connection to how he’s actually governed.

MH: It’s just a disregard and not caring about reality, actually, which has been a hallmark of how he’s governed more broadly: Yeah, America is greater than ever; there’s no casualties; the economy is X, Y and Z. Unfortunately, it’s not true, and it covers up the great tragedy in this case that there have been horrible casualties in these operations.

JJ: Part of the confusion, it seems like, is some slipperiness around what constitutes war. I mean, are airstrikes? Or drone strikes? Or what if you just bomb the harbor where food and medicine get in? We read about sanctions as a way to avoid war, but they kill people just as dead. Do you think part of it is that we just don’t have clear ways to talk about US actions causing death and suffering if it doesn’t have this label of “war” put on it? 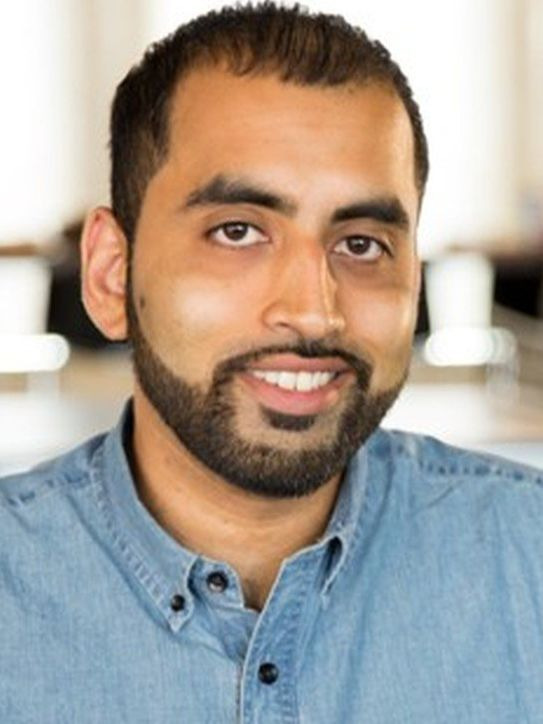 MH: Precisely. Sanctions are one thing you brought up. Under Trump, it’s unprecedented sanctions targeting Iran, even during the Covid-19 pandemic. And Iran was going to  have a hard time dealing with the pandemic anyway, just like the US or any other country; Iran is far less wealthy than the US.  And what they’ve done is, they’ve made it almost impossible to deal effectively with the pandemic, by very mercilessly sanctioning and ramping up sanctions during this period, and it’s killing people.

And historically, siege was considered an act of war; to undertake a siege against a foreign population was considered an act of war. And these sanctions are basically a form of siege against a civilian population, to extort some sort of political goal from their leadership. And I feel like their goal is to cause the collapse of the Iranian government, which, as we’ve seen, can just lead to total chaos and horror for the people who live in the country, even if they don’t like the government themselves, either.

So they’re killing people in huge numbers. Trump has not said a single word about any of this; he’s been the enabler of it and the supporter of it, more than anything. And it’s just a bad parody that he characterizes himself as the anti-war president; it’s simply not the case in any sense.

JJ: Well, Joe Biden suggested that he opposed the assault on Yemen, and even that he opposed weapon sales to the UAE and to Saudi Arabia. Michèle Flournoy, who today we hear is likely going to be Biden’s choice for secretary of Defense, has said she supports weapons sales, but maybe they could be conditional, and not be used in Yemen; it’s quite unclear. And this is all before Biden starts to get pressure about being tough on Iran via Yemen. I just wonder, finally, do you have any sense of how, or if, things might change with regard to the US and Yemen when the administration changes?

MH: There was a lot of momentum during this campaign from progressives, specifically, to put pressure on foreign policy issues on the Democratic establishment. Because of the Bernie Sanders campaign, I think they were forced to listen a bit more, but now, of course, that leverage is sort of gone. And if you’ve seen some of the announcements of Biden’s personnel, he’s really drawn from the establishment of the establishment for who he wants to advise him on foreign policy.

So I think that it’s really important that the pressure continues on this. I understand the sentiment that a lot of people express, but I think that there is still some opportunity to change course on this. I think there is a difference between the Biden and the Trump administration, because we had four years of Trump, and we know that he’s completely insensible to any form of pressure, and he does not even pretend to care. Whereas with Biden, they can’t completely pretend not to care, and they can’t give an image of being insensible to any progressive pressure at all, because they need progressives to assemble the coalition. So I think this is an opportunity to push them on this.

And Michèle Flournoy, as somebody you mentioned, these are people who have wavered a bit, but they have not been completely ironclad in the commitment to this policy push on Yemen, and there’s opportunity there, perhaps, to push people as hard as you can to take the most equitable positions on Yemen, and other subjects.

JJ: We’ve been speaking with journalist Murtaza Hussain. You can find his work, including “Trump, the War President, Leaves a Trail of Civilians Dead in Yemen,” at TheIntercept.com. Murtaza Hussain, thank you for joining us this week on CounterSpin.

MH: Oh, thank you, my pleasure.