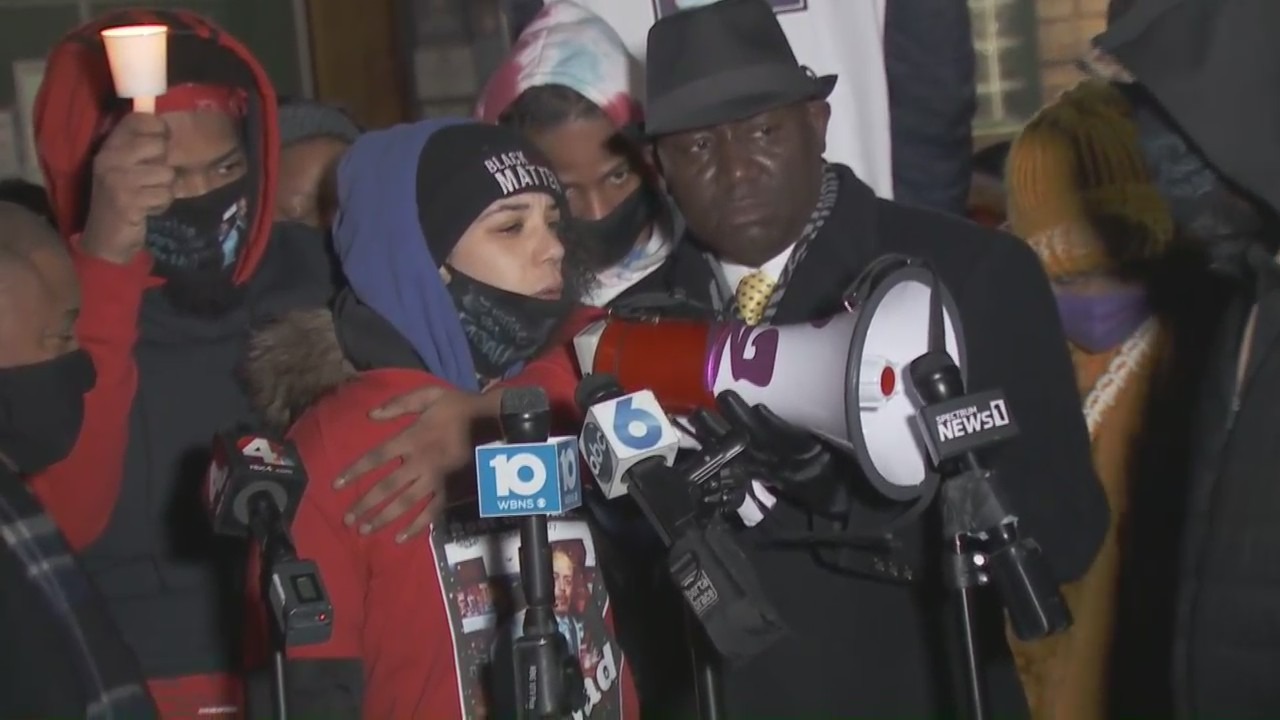 Grieving relatives of Andre’ Hill—an unarmed Black man shot dead by police in Columbus, Ohio earlier this week—along with their lawyers and community activists demanded  justice at a Saturday afternoon candlelight vigil and news conference in the Ohio capital.

“[Hill] wasn’t an intruder, he wasn’t a criminal, he wasn’t doing anything nefarious. His crime was he was a Black man.”
—Benjamin Crump, attorney

“My dad was my best friend,” Hill’s daughter Karissa Hill said at the vigil, according to WBNS. “He was my protector and my provider.”

“Big daddy meant a lot in my home, to my kids, and to me,” she added, referring to the name by which Hill’s three grandchildren called him.

Hill “wasn’t an intruder, he wasn’t a criminal, he wasn’t doing anything nefarious,” Crump said. “His crime was he was a Black man.”

“We want to find out how many times Andre’ was shot, that’s why we’re going to do an independent autopsy,” Crump added.

Hill, 47, was standing inside the garage of a friend’s home early Tuesday morning when he was killed by veteran Columbus officer Adam Coy, who was responding to a neighbor’s non-emergency disturbance complaint, the Columbus Dispatch reported.

Footage from Coy’s body camera shows the officer approaching an open door to a dark garage as Hill walks from behind a parked car toward him, holding up a cell phone in one hand. His other hand is not visible.

There is no audio in the footage leading up to the shooting, as neither Coy nor the officer who responded to the call with him had their body cameras turned on until after the incident. However, the cameras have a “look-back” feature that captures 60 seconds of video—but not audio—before they are turned on.

What is clear from the video is that Coy opened fire within 10 seconds of encountering Hill. The audio resumes as Hill is seen lying on the ground and Coy orderes him to put his hands out to his sides and roll over on his stomach. But Hill, who can be heard groaning in the video, does not move until Coy rolls him over.

The two officers waited four minutes before they called for medics. Five minutes into the video, Hill still hasn’t received medical attention. Another officer who arrived at the scene can be heard suggesting, “let’s cuff him up.”

“Today is Christmas Eve,” Quinlan said in a video explaining his decision, “a time when we should be gathering with those we love. The family of Andre’ Hill has nothing to celebrate this holiday. Someone very important won’t be with them this holiday, or any other.”

“A Columbus police officer is responsible for that,” the chief added. “And that breaks my heart. This is why today I am announcing action to terminate Officer Adam Coy.”

To say we don’t have a systemic racism problem within our police department would truly be a miscarriage of justice.
Andre Maurice Hill’s life mattered. Casey Christopher Goodson Jr.’s life mattered. Every single Black Life in Columbus, Ohio matters. pic.twitter.com/HIDzcubify

Coy—who was roundly blasted by city officials for failing to turn on his body camera or render aid to Hill after shooting him—has a history of excessive force complaints during the course of his 19-year career. The Dispatch reported Coy had nine complaints filed against him in 2003 alone—including four in one month.

The Ohio Bureau of Criminal Investigation is overseeing the investigation of Hill’s killing, the Dispatch reported.