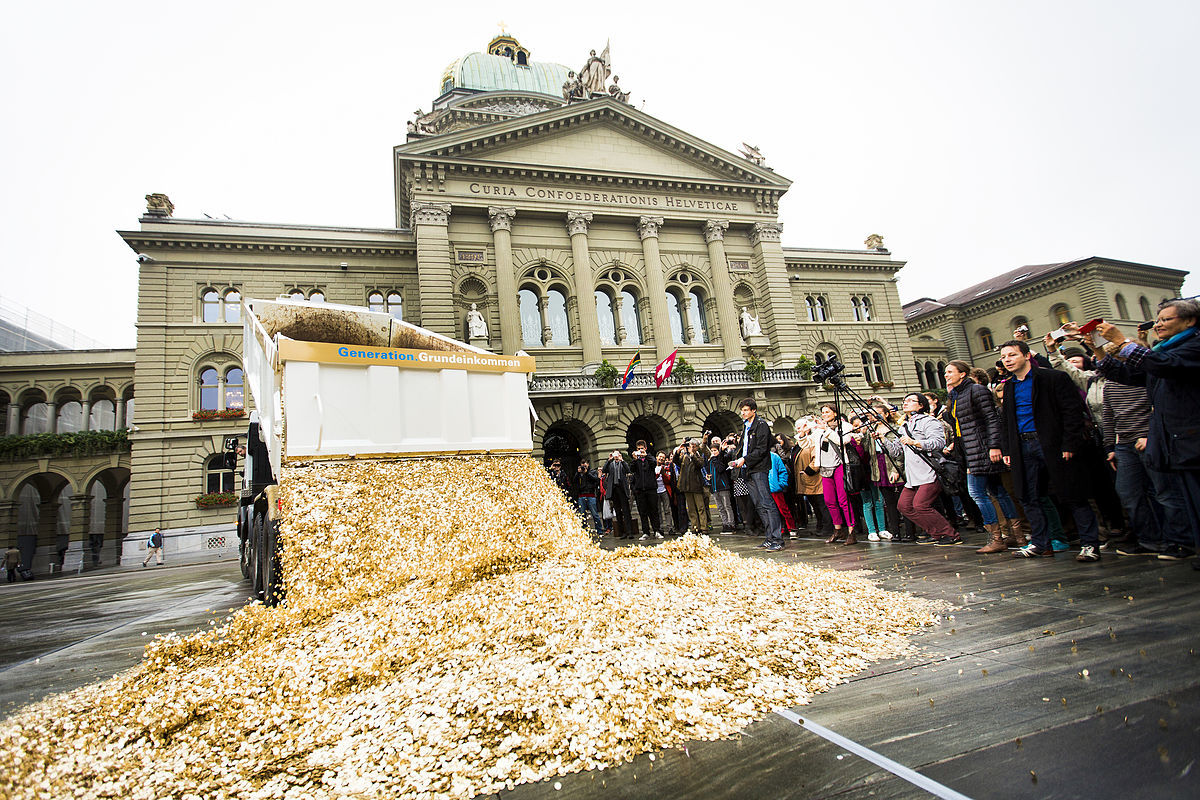 There are no precedents that can serve as a reference for Europe’s economic and social situation right now. The 2020 European Commission indicators show a drop of 8.3% for GDP growth, while the OECD sets the figure at about 9% for the eurozone. The country-by-country forecasts showing considerable inequality within the EU are calamitous and, with the resurgence of the pandemic and measures adopted in the last two months, the economic prospects for the coming months are even bleaker.

Unemployment and poverty figures, already very high in 2019, have shot up in 2020 in ways that were almost unimaginable just a few months ago. A year ago, more than 21% of the EU population was considered to be at risk of poverty with data that vary greatly between the countries, many of which give figures of over 25%, among them Spain, Lithuania, Italy, Latvia, Greece, Romania, and Bulgaria (the latter with more than 32%). The contrast with other states is considerable. For example, in the Czech Republic, Slovenia, Finland, Denmark, Slovakia, the Netherlands, and Austria, they range from 12% and 17%. However much the numbers vary, one constant is that things are getting worse every week. Soon we’ll have more end-of-year data. All the signs are that the news will be anything but good.

It’s hardly surprising, then, that the proposal of a basic income, a universal and unconditional payment of public money to all registered residents, was one of the measures that got most attention from a good part of the mainstream press in the early weeks of the pandemic. On April 3, a Financial Times editorial titled “Virus Lays Bare the Frailty of the Social Contract” was fairly upfront: “Redistribution will again be on the agenda; the privileges of the elderly and wealthy in question. Policies until recently considered eccentric, such as basic income and wealth taxes, will have to be in the mix.” Quite a few people were surprised, not to mention absolutely gobsmacked. It’s anybody’s guess what political intentions lurked behind the Financial Times piece, but what it said about economic policy is clear enough. A few months later, on 22 September, in his address to the opening debate of the 75th session of the UN General Assembly, Secretary-General Antonio Guterres said, “Inclusivity means investing in social cohesion and ending all forms of exclusion, discrimination and racism. It means establishing a new generation of social protection – including Universal Health Coverage and the possibility of a Universal Basic Income.” Another surprise. This year we have the Financial Times and the UN secretary-general speaking out for such an “eccentric” policy as a universal basic income, and the two related focuses of redistribution and social cohesion are especially interesting.

Our present Wonderland isn’t exactly wonderful but things get interestinger and interestinger because even better than what such august sources as the Financial Times and Antonio Guterres have to say is the fast-growing interest in the proposal now being expressed by many social movements and citizens in general, in large part recently as a result of the European Citizens’ Initiative (ECI) titled “Start Unconditional Basic Incomes (UBI) throughout the EU”. According to the European Commission, “a European Citizens’ Initiative allows 1 million citizens from at least one quarter of EU Member States to invite the European Commission to propose a legal act in areas where the Commission has the power to do so”. If the EC receives a million statements of support within one year, from at least seven different Member States, it must respond within six months. The Commission can decide whether to follow the request or not but, in any case, is required to explain the reasons for its decision.

On April 15, 2020, the European Citizens’ Initiative for an Unconditional Basic Income delivered to the European Commission the ECI proposal for the introduction of an unconditional basic income throughout the European Union and the initiative was approved on May 15. In order for the matter to be debated in the European Parliament, the race was on after September 25 to collect a million signatures within one year. This is essentially being done online (please do sign if you are an EU citizen). The ECI is asking for a universal basic income that is unconditional, individual, and of a quantity that is at least equal to the poverty threshold of each member state. In other words, it would—statistically—abolish poverty. Lest this initiative should be confused with right-wing caricatures of basic income, the ECI clearly states that the unconditional basic income would not replace the welfare state but would complement it.

If basic income has now come to the attention of a wide range of social sectors, it is because the COVID-19 pandemic has laid bare situations such as that described in the case of Spain by the UN Rapporteur on Extreme Poverty and Human Rights, Philip Alston, early this year:

Deep widespread poverty and high unemployment, a housing crisis of stunning proportions, a completely inadequate social protection system that leaves large numbers of people in poverty by design, a segregated and increasingly anachronistic education system, a fiscal system that provides far more benefits to the wealthy than the poor, and an entrenched bureaucratic mentality in many parts of the government that values formalistic procedures over the well-being of people.

Poverty, Alston stressed, is a political choice and Europe’s worsening living conditions for most of the population are proving his point. A European Council of Foreign Relations survey published in May 2019 found that only a third of Germans and a quarter of Italians and French had money left over at the end of the month after essential costs were met. Of course, the pandemic has only made things worse. The precariat, with intermittent work in the gig economy and no job security, keeps growing as unemployment figures climb, especially hitting young people. In July 2020 the youth unemployment rate in the eurozone was 17.3% and, in Spain it was almost 40%. This has long-lasting negative effects, for example on fertility rates and population aging. The situation was already dire in 2017 when, according to Eurostat, 22.4% of the EU population was at risk of poverty or social exclusion, where “poverty” is defined as monetary poverty, severe material deprivation, or very low work intensity in the household. Those worst affected are women, children, young, disabled, less-educated and unemployed people, single-parent households, people living alone, those originally from another country, the unemployed and, in most of Europe, people living in rural areas. The pandemic has aggravated poverty, not only within but also between EU countries where the countries with the lowest increases in the Gini coefficient under a two-month lockdown are the Netherlands (2.2%), Norway (2.3%) and France (2.3%), while Cyprus (4.9%), Czechia (4.8%), Hungary (4.7%), Slovenia (4.7%), and Slovakia (4.6%) show the highest figures.

At the same time, the pandemic has made billionaires (the “innovators and the disruptors, the architects of creative destruction in the economy” as Time would have it), a whole lot richer, to the tune of $813 billion since the beginning of the year for the 500 richest. And in Germany, which has the largest number of millionaires in the world, the net assets of the ultra-rich rose to $595.9 billion from $500.9 a year ago, and more than 12% of their assets rose in the area of health care.

The measures being applied so far only exacerbate the problems. For example, conditional cash transfers to the poor and low-income citizens, which have proven woefully insufficient in “normal” conditions, are insultingly inadequate in the extraordinarily harsh conditions of the pandemic. Applying ordinary useless measures in such extraordinary circumstances can only serve to make it look as if governments are doing something. The pitfalls of conditional cash transfers are well known: the poverty trap, administrative costs, stigmatization, and insufficient cover in quantity and spread. If each of these is considered in the light of what a basic income can offer, the advantages of the latter are glaringly obvious.

The poverty trap is an old problem. Conditional cash transfers act as a disincentive to seek and engage in remunerated work as that would mean partial or total loss of the payment. By contrast, a basic income is a base, a solid foothold, and not a ceiling, so that having a job wouldn’t mean losing the income, as it is unconditional. There is no disincentive here.

Conditional cash transfers have huge administrative costs and, worse, are extremely high given the few people who actually get to receive them. Conditionality means making the so-called beneficiaries comply with a whole slew of legal requirements and bureaucratic caprices (like insisting that ID card photocopies are in color), ignoring the fact that most applicants don’t have the means to obtain all the accreditation stipulated even when they can understand the gobbledygook of official instructions. And once the payment is granted, the lucky ones must be monitored to be sure they are still “worthy”. In Spain, where 9.1% of households are in a situation of extreme poverty, only 12,789 of the 837,333 applicants between June and October this year were granted the payment. Evidently, an unconditional basic income has no such costs of conditionality or selectivity. The whole population receives it.

The stigmatization and humiliation of conditional cash transfer recipients, automatically labeled as poor, sick, losers, or guilty, includes invasive questions about their private life, and even inspection of their homes. They are treated as potential delinquents set on defrauding the benevolent state, even when everyone knows that big defrauders are avoiding taxes amounting to hundreds of billions thanks to their undeclared offshore wealth. So, injustice is also built into the equation: the poor are guilty. Since the basic income is universal, stigmatization is no longer a factor. That doesn’t work when the whole population receives the payment. Moreover, the two problems of adequate cover, amount and spread, disappear with a basic income as it is, by definition, above the poverty line and granted to everyone.

We believe that the interest among citizens in basic income is going to keep growing. The ECI is a big milestone in the process. There are still ten months left to get the necessary million signatures. In the first few weeks, Slovenia already has 87%, while Greece, Germany, Hungary and Spain have more than 25%. It’s still early to predict the outcome. Whether the million signatures are achieved or not, even the most modest result will be good as the initiative have actively involved thousands of EU citizens in the campaign and informed thousands more about the tremendous economic, social, and political advantages held out by a universal basic income. Perhaps we are a lot closer to achieving it at last. In any case, and especially given the magnitude of poverty-induced suffering in Europe, it’s well worth trying.