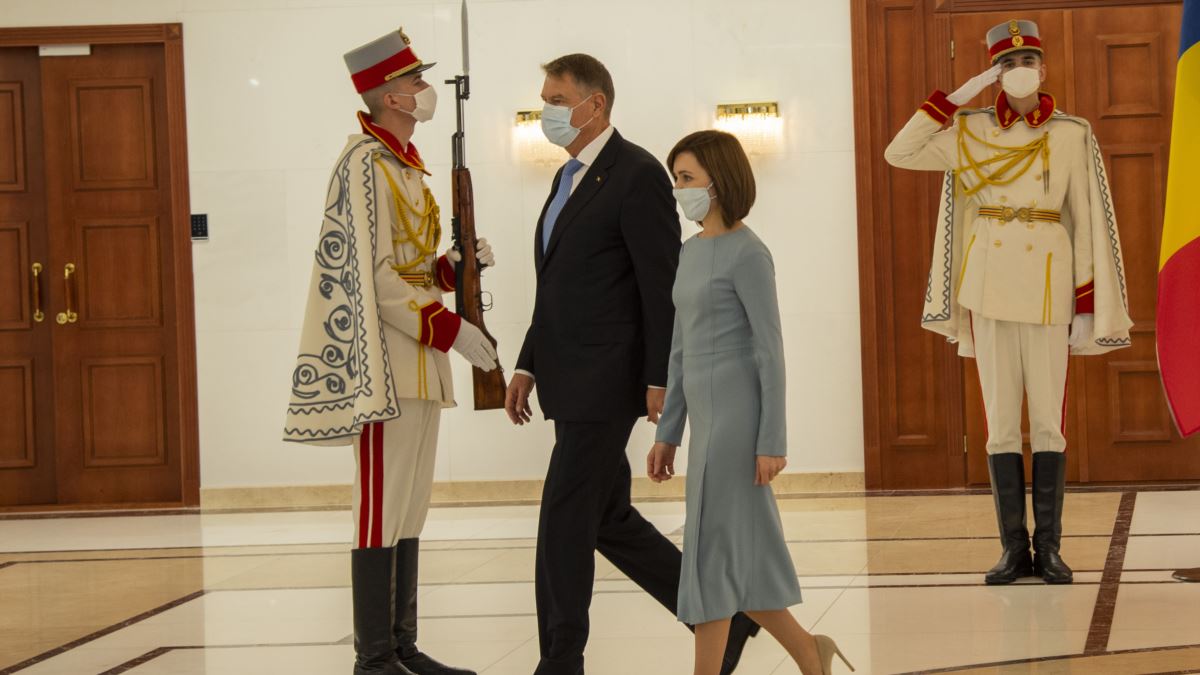 Romanian President Klaus Iohannis and his Moldovan counterpart Maia Sandu have vowed to open a fresh page in relations as Moldova’s new president plies a pro-EU and anti-corruption agenda.

It was the first visit by Romania’s president to Moldova in six years, representing a clear thaw in relations between the neighbors after years of poor ties under Dodon.

Moldova, one of Europe’s poorest countries, is deeply divided between those who support closer ties with Russia and those who advocate links with EU member Romania, with which it shares a common culture and language.

Iohannis stated that his visit was symbolic, meant to support the new president and her pro-West agenda at time the country is suffering from an economic crisis and the coronavirus pandemic.

“The victory of Maia Sandu in the presidential elections is a victory of historic importance. My visit is taking place against the backdrop of a massive vote by Moldovan citizens for European values,” Iohannis told a televised briefing.

Beyond rhetoric, he announced an economic aid package and said Romania would provide Moldova with 200,000 doses of the Pfizer-BioNTech COVID-19 vaccine from its quota allotted by the EU.

Sandu described a new beginning in the country’s foreign and domestic policy, which includes “the development of a strategic partnership with Romania.”

“I am glad that starting today, Moldova and Romania are re-entering natural, fraternal, and open relations,” Sandu said alongside Iohannis. “A new stage is beginning in Moldova, which applies to both domestic and foreign policy. The stage of getting out of international isolation.”

Since her election, Sandu has called for the withdrawal of Russian troops from the Moscow-backed separatist region of Transdniester, prompting the Kremlin to warn it could lead to “serious destabilization.”

The rapprochement between Chisinau and Bucharest comes as Moldova lurches toward early parliamentary elections after Prime Minister Ion Chicu and his pro-Dodon government resigned on December 23 following weeks of political crisis.

Sandu is pushing for snap legislative elections, describing them as the “only way to cleanse parliament and restore justice in our country.”

Earlier December, protesters backing Sandu took to the streets of Chisinau to demand early elections after lawmakers passed a bill transferring control of the country’s intelligence agency from the president to parliament.

The move was seen as a way to boost the power of parliament, where pro-Moscow Socialists aligned with Dodon hold a razor-thin one-seat majority in the 101-seat legislature.