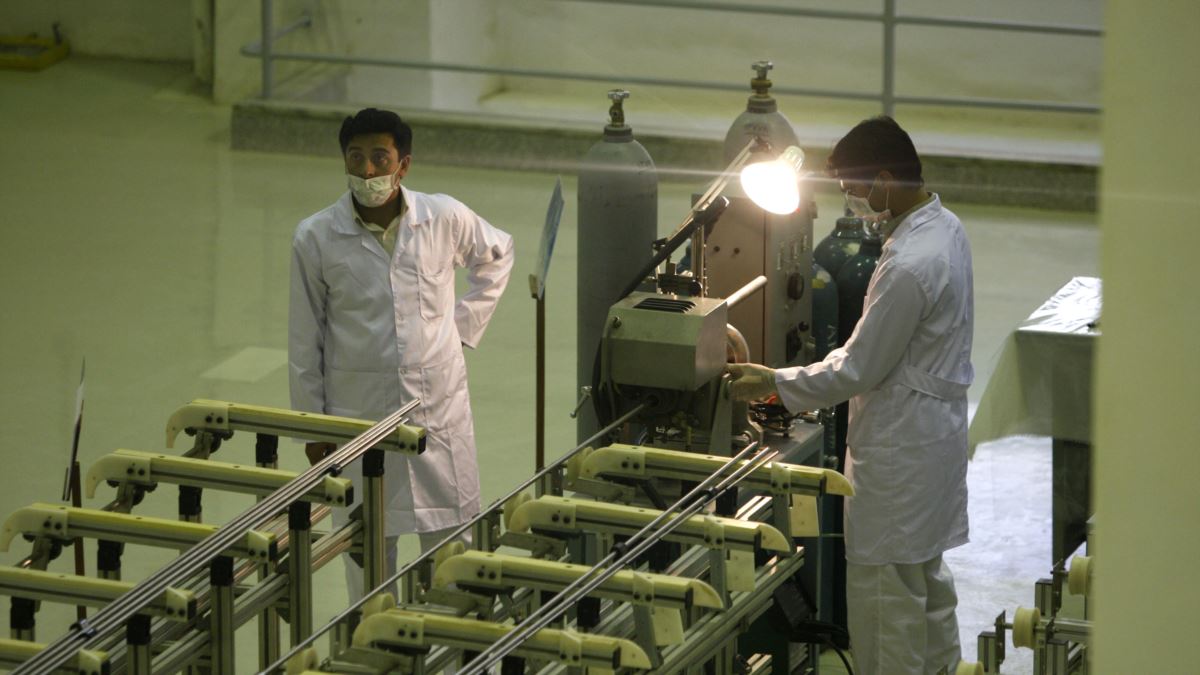 Britain, France, and Germany have called on Iran to reverse its decision to restart uranium enrichment at the 20 percent level, describing the move as “a serious negative development” in violation of a 2015 nuclear accord.

“This action, which has no credible civil justification and carries very significant proliferation-related risks, is in clear violation of Iran’s commitments…and further hollows out the agreement,” the three European signatories to the nuclear deal said in a joint statement on January 6.

Iran announced on January 4 that it had resumed uranium enrichment to 20 percent at its underground Fordow facility. The move complicates European efforts to salvage what remains of Iran’s nuclear deal with world powers amid hopes that the United States might return to the deal after U.S. President-elect Joe Biden takes office on January 20.

The ramped up enrichment effort is Iran’s latest calculated breach of the accord. The United States unilaterally withdrew from the deal in 2018 and reimposed crippling U.S. sanctions on Iran that had been lifted as part of the agreement, known formally as the Joint Comprehensive Plan Of Action (JCPOA).

“This is a serious negative development which undermines the joint commitment of JCPOA participants…to preserve the JCPOA,” the joint statement from the European states said about Iran’s enrichment activities.

“It also risks compromising the important opportunity for a return to diplomacy with the incoming U.S. administration,” the statement said.

Before Tehran’s announcement, Iran was enriching its uranium stockpile up to about 4.5 percent — a level above the 3.67 percent cap imposed under the nuclear deal but below the 90 percent purity that is considered weapons-grade.

An increase to 20 percent would shorten Iran’s breakout time to a potential nuclear weapon, if it were to make a political decision to pursue a bomb.

The Iran nuclear deal also prohibits Tehran from enrichment at the Fordow facility, which is buried deep in a mountain to protect against air strikes.

The three European states, alongside China and Russia, also signed the nuclear deal. They’ve urged Iran to stop enriching uranium to up to 20 percent without delay, to reverse its enrichment program to the limits agreed in the JCPOA, and to avoid any escalation which would hamper diplomacy.

Biden has suggested that the United States may reenter the nuclear deal if Iran complies with the agreement.

It could leave other issues of joint concern with European allies — such as Iran’s ballistic missiles and its support for regional proxies — to “follow on” agreements.

Tehran says its nuclear program is strictly for civilian purposes.

Iranian officials have said they could quickly return to compliance once the United States and Europeans fulfill their end of the agreement by providing Tehran with the economic relief promised under the accord. Tehran also says its missile program and regional policies are off the table.

Some analysts have suggested that Iran’s escalation is meant to send a message and increase its leverage in future talks with the United States and its European allies.

For Tehran, “it is a question of raising the stakes against the will of the future Biden administration but also of Paris and Berlin to negotiate beyond nuclear issues,” Clement Therme, an Iran researcher at the Center for International Studies (CERI) at Sciences Po University in Paris, told the AFP news agency.

The decision to enrich uranium to 20 percent was opposed by Iran’s more moderate President Hassan Rohani.

He announced his opposition to the move after Iran’s conservative-dominated parliament passed a bill ordering an immediate ramping up of the country’s uranium-enrichment program in the aftermath of the assassination of the country’s top nuclear scientist, Mohsen Fakhrizadeh, on November 27.

Iran has blamed Israel, and indirectly the United States, for the assassination.

The bill was a way to show “that targeted assassinations…do not slow down the Iranian nuclear program but, on the contrary, lead to [its] acceleration,” Therme said.