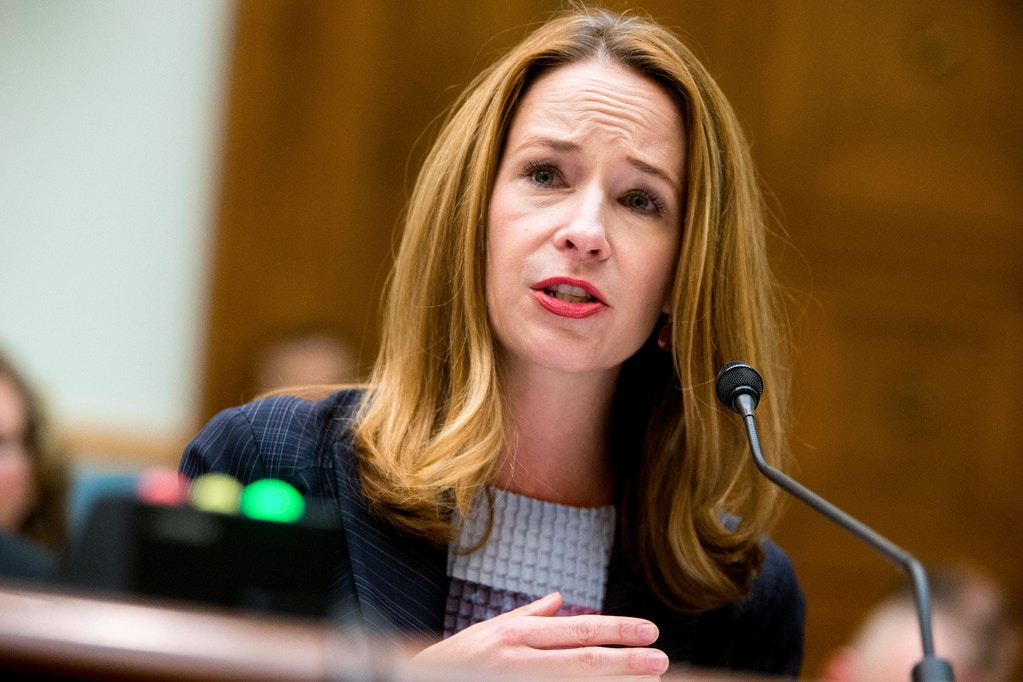 Big Tech, staring down the barrel of the one gun it has always feared — federal antitrust enforcement — pinned its hopes throughout 2020 on the possibility a new administration would take a gentler approach.

Early signs were good, like when Democratic nominee Joe Biden named Apple’s top lobbyist to his four-person committee in charge of vetting and recommending the vice presidential nominee. The lobbyist left her job running Apple’s Washington operation for the assignment in April. And, throughout the transition, Big Tech and its allies in Washington have been pushing the incoming Biden administration to stack the Justice Department’s antitrust division and the Federal Trade Commission with operatives sympathetic to Silicon Valley.

The problem for Big Tech, however, is that politics have shifted on the issue, as the valley’s monopolistic dominance has grown impossible to ignore. Whereas the Obama administration’s antitrust division and FTC looked into whether to come down hard on the major platforms for anticompetitive behavior, the current administration finally did so, launching the landmark case United States v. Google, which promised to be the first of several major suits checking the power of Big Tech.

In the wake of the January 6 storming of the Capitol, Big Tech has moved swiftly to ban President Donald Trump from social media platforms, suspend and ban the accounts of tens of thousands of QAnon conspiracy theorists, and crush the upstart right-wing Twitter alternative Parler. The crackdown was condemned as overreach by conservatives and some civil libertarians, but they were celebrated by Democrats across the political spectrum — precisely the audience Big Tech now needs to please.

Democratic operative Jennifer Palmieri, an alum of the Obama administration, noticed the connection. “It has not escaped my attention that the day social media companies decided there actually IS more they could do to police Trump’s destructive behavior was the same day they learned Democrats would chair all the congressional committees that oversee them,” she posted on Twitter, referring not to Biden’s certification but to Jon Ossoff’s victory in his Georgia runoff, which put Democrats over the top in the Senate.

Whether it’ll work — whether the Biden administration will be as friendly to Silicon Valley as Obama’s was — is another question. “Too little, too late from tech platforms like Facebook and YouTube,” said Sarah Miller, executive director of the American Economic Liberties Project, an anti-monopoly organization. “I think it’s well and widely understood that these platforms rely on garbage, dangerous, and false content to addict people and keep the billions rolling in from targeted ads. I don’t think they can climb back from being seen as complicit in a near-massacre at the Capitol by booting right-wingers or finger-pointing.”

At stake is the structure of the technology industry, and America’s ability to compete globally. As currently constituted, tech monopolies have the power to crush or buy any new company, stalling what had been an explosion in innovation that made the U.S. dominant in the world’s emerging industry. Unless the monopolies are checked and broken up, that era could be over, as power continues to be consolidated into the hands of a few tech oligarchs.

Terrell McSweeny, then a commissioner at the Federal Trade Commission, speaks during a House Judiciary Committee hearing in Washington, D.C., on, March 25, 2015.

On Monday evening, Politico reported that three names were in the general mix now for assistant attorney general in charge of antitrust enforcement, and in many ways they perfectly encapsulated the politics of the incoming Biden era: The first an old-guard loyalist, the second a corporate-friendly candidate strongly opposed by anti-monopolists, and the third a progressive long shot. It’s a familiar pattern already, and Biden has consistently gone with the less-bad-but-not-great choice.

The leading candidate in this case is said to be Terrell McSweeny, a Biden loyalist and longtime aide who served as a commissioner on the FTC from 2014 to 2018. From 2012 to 2014 she served as chief counsel for competition policy and intergovernmental relations for the Department of Justice’s antitrust division. Those were not impressive years when it came to antitrust enforcement, though McSweeny was not an ultimate decision-maker.

People who know McSweeny say she has an institutionalist bent, much like her longtime boss Biden, who she served under as counsel for the Senate Judiciary Committee and as deputy chief of staff in Biden’s Senate office. A new report out Tuesday from Miller’s Economic Liberties knocks McSweeny for defending Uber in a recent case. “Commissioner Terrell McSweeny, an Obama-appointed Democrat, joined the Trump Justice Department in filing a legal brief explicitly backing the U.S. Chamber of Commerce in opposing a Seattle law that empowered Uber and Lyft drivers to bargain collectively for higher wages. McSweeny’s position is especially notable, since hers was the deciding vote on an FTC that had only two commissioners at the time,” it reads.

Since her time at the FTC, McSweeny has done some signaling that she is now more closely aligned with the anti-monopoly movement.

#antitrust enthusiasts: My latest article arguing that enforcers can do more w the tools they have to police competition in digital markets. Data can be a barrier to entry; FTC should examine serial acquisitions by dominant firms; data portability may enhance competition. More: https://t.co/W6T4MSocnm

That kind of evolution is what Miller’s group has been pushing for, she said, and why her team titled its report “Courage to Learn,”  recognizing that Biden is likely to pick from Obama-era officials who failed their last test against Big Tech.

“Not only conservative but progressive antitrust enforcers oversaw a growing crisis of monopoly power over the last 12 years,” Miller said. “Our position is that any enforcer must reject the consumer welfare ideology that was the root cause of decades of severe institutional failure, as the report shows, and also embrace the historic recommendations for reforming antitrust that were published by the House Antitrust Committee over the summer.”

Politico noted Susan Davies is also in the running. Davies, another former aide to Biden in the Senate who also served in the Obama White House, has spent a considerable amount of time in the private sector representing Big Tech clients and others pushing for mergers or fending off antitrust complaints. At the law firm Kirkland & Ellis, where Davies is a partner in the antitrust department, she represents “multiple Fortune 100 companies” facing federal investigations and “regulatory, legislative, intellectual property, and appellate litigation.” Davies “frequently interacts with regulators and policy makers on behalf of corporate clients,” her bio adds.

When the FTC came after global hospitality company Wyndham for sloppy data security and multiple data breaches, Davies represented Wyndham, while her firm argued (unsuccessfully) that “Congress had never intended for the commission to be able to use its unfairness authority” to enforce rules around data security.

At the White House, Davies was in charge of selecting and vetting federal judicial nominations, which skewed heavily corporate. Fewer than one in 20 had a public interest background. Davies previously worked under incoming Attorney General Merrick Garland during the Clinton administration and shepherded his Supreme Court confirmation (which was blocked by Senate Majority Leader Mitch McConnell).

The progressive long shot is Jonathan Kanter. Naming Kanter would signal to Big Tech that Biden doesn’t just plan to continue the current antitrust cases in the works, but is gearing up for a full-scale confrontation. Kanter formerly headed the antitrust department at the firm Paul Weiss and now runs his own firm. As Politico noted, he’s a prominent Big Tech antagonist and “represents opponents of Google, Apple and Amazon, and is the intellectual powerhouse behind many of the theories in the Google antitrust cases now filed.”

Other names in the mix for high-level jobs include Jon Leibowitz, who was chair of the FTC under Obama and is still held responsible by anti-monopoly advocates for backing off the suit against Google, and otherwise approving mergers that allowed concentration to tighten.

Dave Gelfand, Fiona Scott Morton, Debbie Feinstein, Renata Hesse, Steven Sunshine, and Sonia Pfaffenroth are also being floated by Big Tech allies in Washington. Gelfand advised Google on its acquisition of DoubleClick, a key moment in the company’s growth. Feinstein was the head of the FTC’s Bureau of Competition during the Obama era in which it backed off of enforcement. Scott Morton has worked for Amazon and Apple recently. Hesse has also done work for Google and Amazon. Sunshine has worked on a number of high-profile mergers as a corporate attorney, including T-Mobile and AT&T. Pfaffenroth, like the rest of the candidates, has gone back and forth between corporate work and antitrust enforcement. Leibowitz, Gelfand, Scott Morton, and Hesse declined to comment. Feinstein, Sunshine, and Pfaffenroth did not respond to requests for comment.

Skeptics of Big Tech, meanwhile, are hoping that Lina Khan, a law professor at Columbia University who has been on the leading edge of the push to rein in anticompetitive practices, will be given a prominent role.

The transition process is being overseen by Bill Baer, one of those Obama officials who reformers hope has learned from the previous administration’s — and his own — reticence to enforce antitrust laws. He has alluded to such rethinking himself, telling Congress in testimony last year that enforcers were too timid, worried about courts that are too willing to side with corporations, and therefore new legislation could help strengthen the hand of antitrust prosecutors. Baer said:

In my view, the fear of getting it wrong warped antitrust enforcement. Antitrust jurisprudence today is too cautious, too worried about adverse effects of “over enforcement” (so called Type I errors). Bias against enforcement has caused many courts to demand a level of proof that is often unattainable. That chills enforcement, limits our ability to challenge conduct or acquisitions of potential rivals — especially in the technology sector where firms benefiting from network effects can acquire enduring market power.

Asked to comment on who he was recommending for the antitrust division position, Baer said he was “on mute regarding any and all transition issues.”

Heather Hippsley, a career FTC employee who served as chief of staff and deputy general counsel, is also helping advise the transition, a reminder of one of the FTC’s weaker moments over the past decade. In the spring of 2015, the FTC accidentally released a 160-page staff report to the Wall Street Journal as part of an open records request. The Journal’s resulting story revealed that agency staff had strongly recommended two years earlier that the government sue Google for unfair and monopolistic trade practices that were harming consumers. Yet the government had declined to do so.

The Journal story was a shot in the arm for the growing anti-monopoly movement, which could now prove its suspicions that the political actors on the FTC board had overruled the staff attorneys.

Google wanted the FTC to issue a strong statement, clearing the firm of wrongdoing, and so a Google lobbyist reached out to then-FTC Chief of Staff Hippsley, urging the commission to defend Google’s honor and its own in an email that was itself later obtained by BuzzFeed News as part of a separate open records request. Two days later, the FTC did just that.