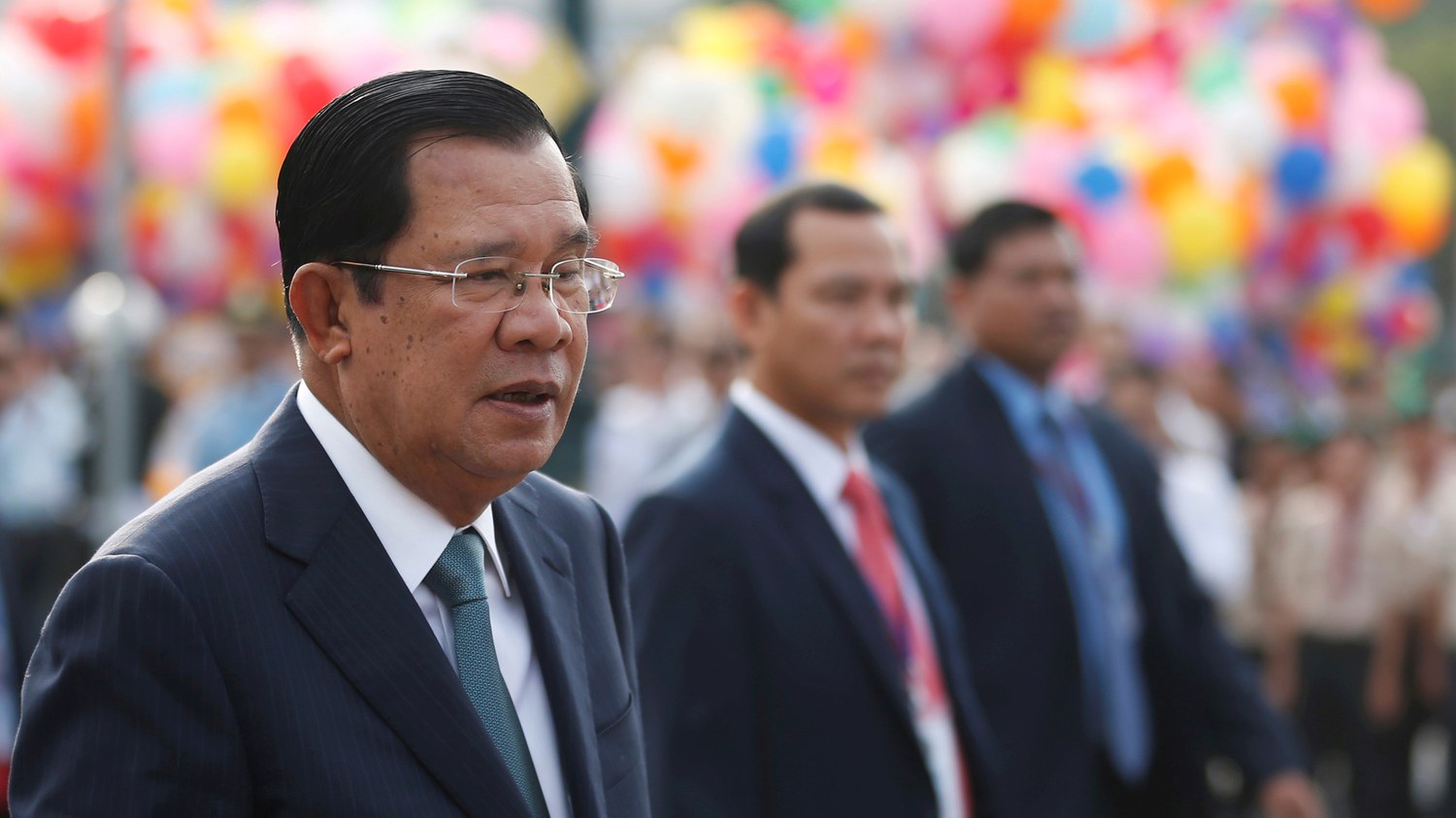 Cambodia’s Prime Minister Hun Sen has denied reports that he is using taxpayer money to produce a television series about his life after several senior government officials refused to disclose the source of the project’s funding and civil society organizations dismissed it as unnecessary for the nation.

Last week, Hun Sen announced he would be setting up a film production committee to produce a television series called “The Son Under the Full Moon” to document his “life struggle.” The former Khmer Rouge soldier who switched sides has ruled Cambodia for 35 of his 68 years.

The government-appointed filmmaker and Ministry of Information secretary of state Mao Ayuth to chair the committee, which will also include the head of Hun Sen’s bodyguard unit Hing Bun Heang and National Military Police chief Sao Sokha.

Mao Ayuth told the Voice of Democracy that the series will use period props as well as hairstyles and clothing from the various eras depicted.

“We need to do this carefully and thoroughly because it is historical,” he said, adding that “It is a huge honor that the top leader has put trust in us, so we must fulfill our obligations to meet his trust.”

When asked by RFA’s Khmer Service Tuesday about the size and source of the budget for the television series, both government spokesperson Phay Siphan and ruling Cambodian People’s Party (CPP) spokesperson Sok Ey San claimed they did not know.

RFA also contacted Mao Ayuth, who said he was too busy to talk and was unaware of the details of the funding.

Ministry of Culture spokesperson Long Bun Sereyvath said his ministry’s film department will provide technical support to the film production committee but refused to disclose the amount budgeted for the series and referred further questions to Mao Ayuth.

Speaking to RFA during a call-in show on Tuesday, Cambodian Youth Network Association president Ul Vann said the government should reveal the size and source of the funding for the series, calling for full transparency in how the national budget is spent.

“As a citizen, I also want to know what the story is about and how much money will be used to make the series,” he said.

Other analysts and members of the public made similar calls, expressing concerns that Hun Sen is “using the budget to distort history” and suggesting that independent historians should be responsible for preserving the national record.

On Wednesday, following RFA’s call-in show, Hun Sen told government-affiliated media outlet Fresh News that he will not use money from the national budget to produce his television series.

According to the report, Hun Sen contracted a film production company to work on the project, which will use its own funds to develop the series and will own the rights to it.

RFA was unable to independently verify the account published by Fresh News.

The planned “The Son Under the Full Moon” series bears the same name as a long-running radio program about Hun Sen’s life that is aired frequently on a station operated by his daughter Hun Mana, particularly in the lead up to Cambodia’s elections.

Mao Ayuth previously produced a U.S. $1 million film about Sdach Kan, who overcame obscurity to usurp a disliked king in the 16th century and lead Cambodia to greatness during his brief reign.

Hun Sen often compares himself to Sdach Kan and in recent years several statues of the former monarch have been built around the country that bear a resemblance to the current prime minister. Hun Sen, who also came from humble beginnings, has ruled Cambodia with an iron fist for more than three decades.

Speaking to Voice of Democracy following the announcement of the television series last week, social analyst Seng Sary noted that Hun Sen often remarks that “history is written by the victor.”

“Usually, the stories of successful leaders should be recorded by other historians, not by themselves … Our society seems backward in recording its history,” he said.