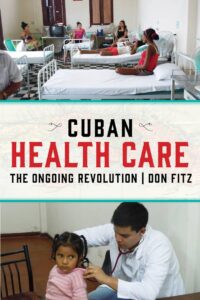 The May 25, 2020 murder of George Floyd in Minneapolis sparked a civil rights explosion.  It ignited pushes to demilitarize the police, reallocate police over-funding to necessary social services, end economic and power divides, and replace symbols of oppression with recognition of those who have suffered and resisted.

In University City, one of the oldest and more progressive suburbs of St. Louis, much happened during the upsurges of 2020.  During the spring and summer, multiple Black Lives Matter protests made their way though U City.  In July, the Green Party of St. Louis (GPSL) teamed up with the Universal African Peoples Organization (UAPO), Tauheed Youth Organization and Beloved Streets of America to hold a press conference at the steps of City Hall which demanded that Delmar Blvd be renamed “George Floyd Divide.”  In August, Teens Taking Action St. Louis (TTAStL) from U City High School organized their own demonstration.  In December GPSL, UAPO and TTAStL co-sponsored a Zoom webinar to address the symbols of domination which are embodied in statues and the names of streets, parks and schools.

As these actions were happening, the City Council of U City set up a Task Force on Renaming Streets and Parks and invited me to join it.  The Task Force uncovered offensive street names that are not unlike those in many US cities.  Not surprisingly, some liberal Task Force members seemed reluctant to rename any streets, coming up with excuses like Amherst Street wasn’t really named after Lord Jeffrey Amherst but after Amherst College (which was named after the city of Amherst, which was named after Lord Jeffrey).

Since U City can be a pacesetter, it seemed time to intensify the discussion by pulling in others from the St. Louis metropolitan area as well as other parts of Missouri.  In hopes of reaching a wider audience, I sent the article below,  “It’s time to rename the streets” to the St. Louis Post-Dispatch, which carried it on New Year’s Day.

Online push-back began immediately: when readers saw the principles of racial equity appearing at the end of the article, some wrote that the proposed changes were on target, others were outraged at the idea of changing of any street name because it would “cost too much” for new street signs and residents would be “inconvenienced” by having to get address return labels reprinted.

One guy even found my phone number and left a message detailing his intense dislike of name changes due to his belief that “I feel comfortable with the street names just as they are.”  If we had spoken, I would have asked him if he would be as “comfortable” with streets named after Nazi generals as he is with streets named after Confederate generals.  Perhaps he would have split some hair to distinguish them, reflecting the attitude prevalent among US whites that “Black Lives Really Do Not Matter.”

After the Task Force focused on four names, we realized that additional streets had been named after slaveholders.  There could be so many Missouri streets named after slaveholders that renaming them could prompt the making of new street maps.  Doing so across the US might even require a massive change in consciousness, the type of reawakening (or epiphany) necessary for the country to make full restitution for its historic crimes.

The hour has arrived to examine who we honor with street names and statues — or it could be as many as 400 years overdue. As a member of University City’s Street and Park Renaming Task Force, I read with interest the Post-Dispatch’s front-page article: “The push to weed out ‘symbols of oppression’ gets going once again” (December 7, 2020).

There are four streets of interest in University City: Jackson, Pershing, Wilson and Amherst. Jackson Street was not named after former President Andrew Jackson but “Stonewall” Jackson, a Confederate general who was Robert E. Lee’s right-hand man in the slaveholders’ rebellion.

Pershing Street was named after General John Pershing. Fighting in the Mexican war and Indian wars, he commanded segregated troops. His most infamous undertaking was in the U.S. war on the Philippines, where soldiers compared shooting Filipinos to hunting rabbits during the time when the Ku Klux Klan was growing. When American soldiers slaughtered 600 Filipino men, women and children who were trapped in a volcano, Mark Twain wrote a scathing critique of U.S. brutality.

Wilson Street was named after Woodrow Wilson, often called the most racist U.S. president. Though federal agencies had been integrated during reconstruction, Wilson oversaw their re-segregation. He fired 15 of 17 Black supervisors, replacing them with whites. Wilson did not oppose the suppression of Black voters, claiming that it was not due to their skin being dark but because “their minds were dark.” He described Southern Black people as an “ignorant and inferior race” and defended America’s violence in the Philippines. Wilson supported the KKK by showing the film “The Birth of a Nation” (originally titled “The Klansman”) at the White House. When president of Princeton, he refused admission to Black students and removed previous Black admissions from the university’s history.

Amherst Street was named after Lord Jeffrey Amherst (or perhaps his namesake, Amherst College). Rivaling the genocidal policies of the Nazis, Amherst is often considered the grandfather of biological warfare from his role in giving smallpox-infected blankets to Native Americans as a British officer in the French and Indian Wars during 1763. Although he respected his French opponents, he focused on Indians, who he described as “vermin” with no rights of humanity and sought their total extermination. Despite being criticized by other officers, Amherst was promoted to lieutenant colonel and gained the confidence of King George III. In 2008, Mi’kmaq spiritual leader John Joe Sark compared naming a place after Amherst to naming an Israeli city after Adolf Hitler.

Demonstrations following the May 2020 killing of George Floyd and numerous other Black victims suggest that it is time to acknowledge attacks on people of color by changing street names in ways that correct imbalances. There are currently two extreme imbalances in the ways that streets have been named: While many U.S. streets are named after white Americans who rebelled against high taxes, there is a virtual absence of U.S. streets named after Black or native people who rebelled against slavery or theft of their homelands. And while some U.S. streets are named after police officers killed by civilians, there is an absence of streets named after civilians killed by police officers.

In order to correct the ugly implication that paying too much money to the British crown was far worse than centuries of attacks on people of color, streets should be renamed after Black and native people who took up arms against their oppressors. They would include Hatuey, the first leader of a native rebellion in this hemisphere, and leaders of slave revolts Toussaint L’Ouverture, Gabriel Prosser and Denmark Vesey.

Because University City already has a street named after the slain police officer Sgt. Mike King, balance requires naming a street after Michael Brown or Anthony Lamar Smith (or maybe Emmet Till). Ignoring the need to do this means maintaining the racial imbalance that the 2020 demonstrations sought to address. Do we really want to continue with the message that white folks have the right to rebel but people of color do not? Do we really want to say that cops who are unjustly killed should be commemorated but people of color who are killed by cops do not deserve any recognition?

This article was posted on Thursday, January 14th, 2021 at 11:17am and is filed under Activism, Colonialism, Discrimination, Equal Rights, Police, Public Spaces, Racism, Slavery.