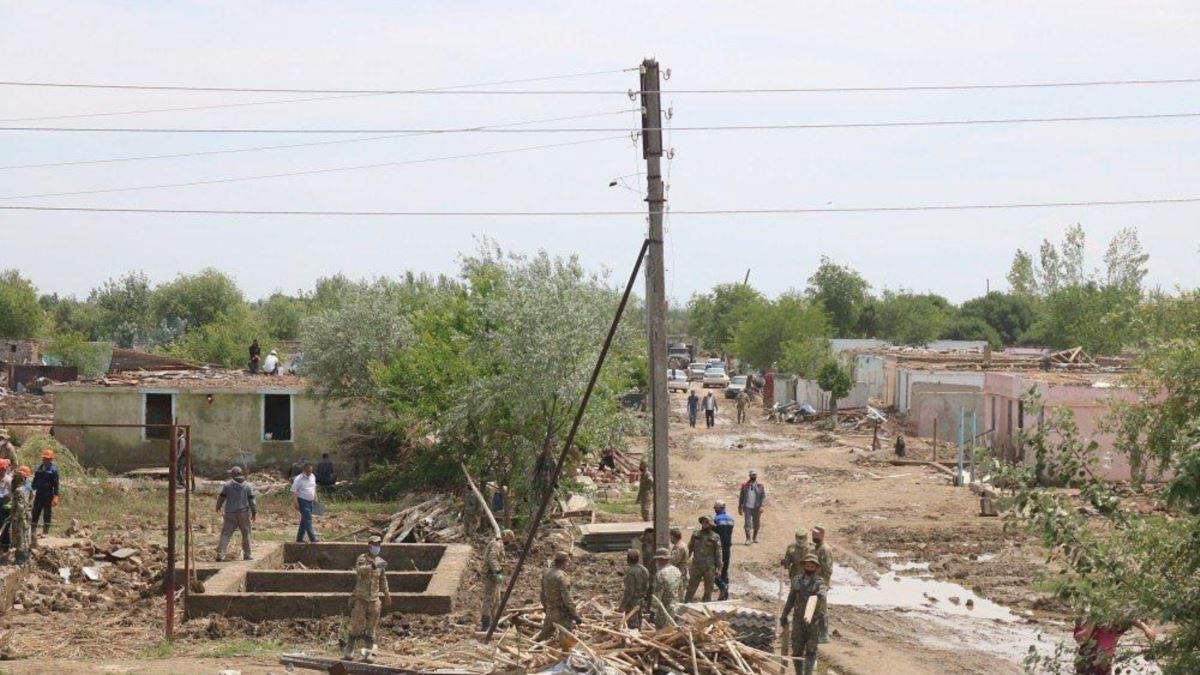 TASHKENT — An Uzbek man has been jailed after complaining about corruption in the distribution process of housing compensation for those who lost their properties when a dam burst last year.

Murodjon Mamaraimov, 34, was arrested and sentenced to seven days in jail on January 14, a week after he issued a video statement accusing local authorities in the eastern Sirdaryo region of unfairly distributing new houses.

The dam of the Sardoba Reservoir in the eastern Uzbek region of Sirdaryo burst early on May 1, 2020, resulting in the death of six people and forcing the evacuation of at least 70,000 people. Over 600 homes in neighboring Kazakhstan were also flooded.

Mamaraimov claimed in his video that in some cases, authorities in the region were giving new houses and financial allowances to people who were not affected by the disaster, and that when he tried to raise the issue with regional authorities they refused to talk to him.

It was not immediately clear what the charges against Mamaraimov were. His relatives refused to talk to RFE/RL and the authorities in the Oqoltin district were not available for immediate comment.

Local residents told RFE/RL that at least two other people had been sentenced to jail terms between three and seven days in recent weeks for what was officially described as minor hooliganism and disobeying the authorities after they tried to raise the issue of the distribution of housing and financial assistance among people affected by the dam collapse.

Some 17 people, including energy officials, top officials of the state railway company, and heads of construction companies that were involved in the construction of the dam are currently on trial in Tashkent over the disaster.

They have been charged with negligence, abuse of office, document forgery, embezzlement, and the violation of water distribution and safety regulations.

The Sardoba Reservoir was completed in 2017 after seven years of construction work.

Officials in neighboring Kazakhstan said at the time the floods caused crop damage worth more than $400,000 — mostly to cotton, which is a major crop in the southern Turkistan region.