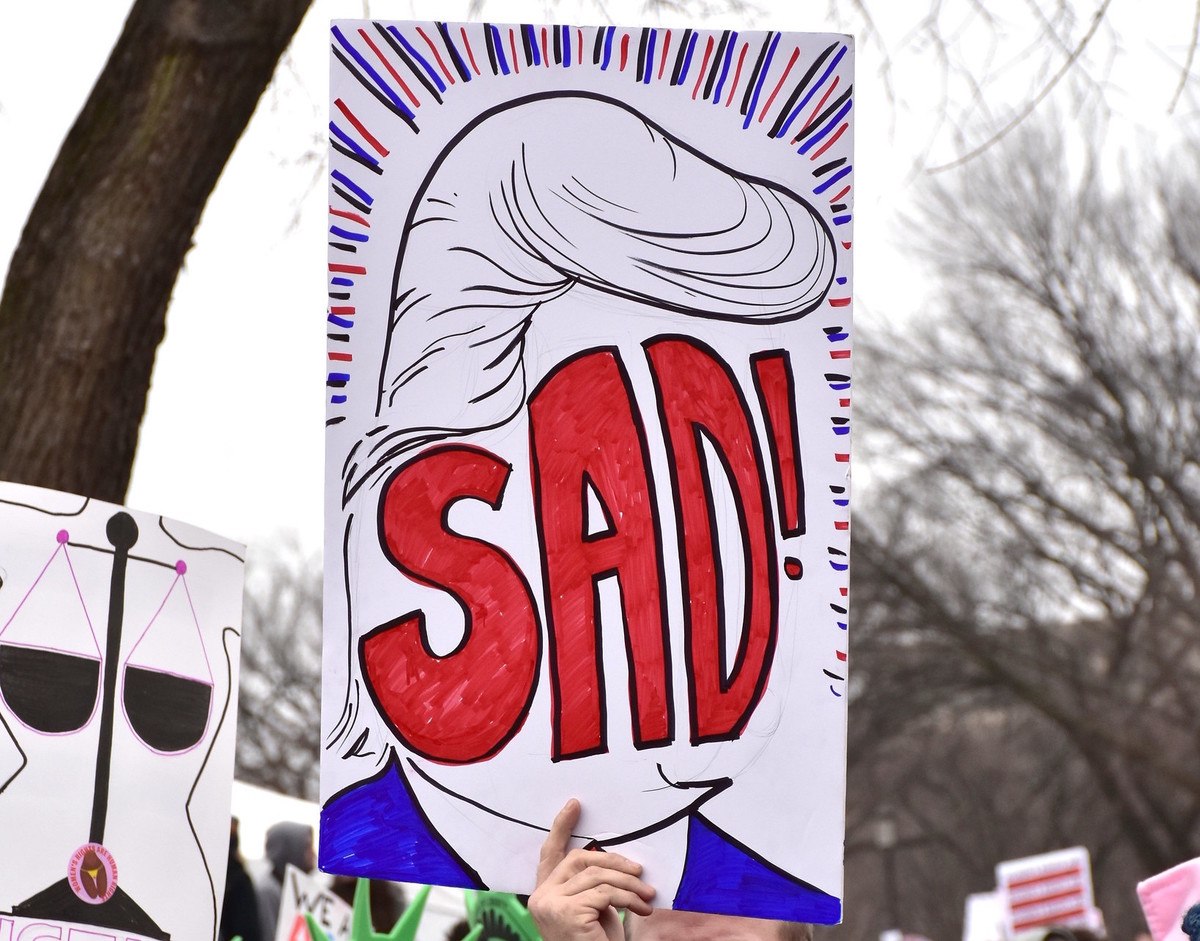 The attack on the Capitol on January 6, 2021 was a planned effort to overturn the legitimate results of the November 2020 presidential election – an election that saw Joe Biden receive more than 7 million popular votes and 74 electoral votes than Donald Trump. Even before the overwhelming defeat suffered by the incumbent president (exceeded only by the even greater rout by Franklin Roosevelt of President Herbert Hoover in 1932), Trump was braying about a “rigged” election. In effect, he was just reiterating the same line of argument during the run-up to the 2016 election that he lost by 3 million popular votes. For Trump and his followers not winning was a reflection of some conspiracy to rob him of a victory.

Trump and his Republican enablers refused to accept the verdict of the American people and lied constantly about the outcome, reinforced by right-wing media and social media. Attacking cities (Detroit and Philadelphia) and states (Georgia) with large Black electorates, Trump drilled the dog-whistle message that he had been denied the presidency because of “illegal” voting. This message resonated with the resentful white base that made up the vast majority of his supporters. So began the concerted legal and extra-legal appeals to challenge the votes and electors from the so-called battleground states of Michigan, Pennsylvania, Wisconsin, Georgia, and Arizona. (Ironically, had there been a switch of around 100,000 votes in the last four states Trump would have been re-elected even in the face of a 7 million-vote difference. Another damning indictment of the undemocratic Electoral College that actually is biased towards Republicans.)

When state and federal courts turned back these baseless allegations of “illegality,” Trump and his Republican allies sought to enact a variety of extra-legal attacks on electors. Pushing alternative elector slates in numerous states before and up to the December 14th state certification of electors, this effort also failed. This left the January 6 certification of the vote by Congress. Trying still to lobby secretaries-of-state in various battleground states, Trump wheedled and threatened even those Republican secretaries-of-state in places like Georgia before the January 6th Congressional vote to change the state outcomes.

Several things are clear from these repeated coup attempts by Trump and his supporters. First of all, they occupy a significant constituency within the Republican Party, a party that went along with Trump’s legislative initiatives, ideological rants, and even lies about the outcome of the 2020 presidential election. However, the riot at the Capitol on January 6

clearly indicted a growing split in the party between the traditionalists, like McConnell, Romney, Chaney, et. al., and the Trumpists. These traditionalists had important corporate backing, including at the level of the National Association of Manufacturers who called for Trump to resign in the aftermath of January 6. Of course, the traditionalists were not at all averse to using voter suppression in the form of booting people of color off the voting roles, requiring ID’s, etc. While using the legal and institutional levers embedded in the electoral system, such as gerrymandering, dark money, etc., they were not prepared to use naked force to overturn elections.

The Trumpist wing, following the lead of the bullying rhetoric and tactics of Trump, embraced what could only be called a vigilante network, composed of white supremacists, white nationalists, and neo-Nazis and organized by the Proud Boys, the Oath Keepers, and QAnon. It was this vigilante network, cultivated by Trump and his henchman, Eric Jr., Roger Stone, Michael Flynn, and Rudy Giuliani, that incited the insurrection that swept through the Capitol Building. There were, of course, Republican congressional representatives who aided this attack from those speaking at the rally like Mo Brooks of Alabama to those who helped put into motion the events of the day from planners of the event like Andy Biggs and Paul Gosar of Arizona to Lauren Boebert of Colorado who texted the hordes as the roamed the halls of the Capitol Building. Other political opportunists, like Senators Ted Cruz and Josh Hawley, were looking to ride the Trump train to a 2024 Republican Presidential nomination. At this point, it looks like those efforts have been de-railed.

Nevertheless, many of the rank-and-file Trumpists, especially the large contingent of evangelicals who believed all his lies about the election, were willing to mobilize to defend Trump. However, they were not among the much smaller number of several thousand who swarmed into the Capitol Building. The violence exhibited then and threatened for the days before and at the Inauguration and beyond can only be described as fascistic. The murderous intent, the glorification of violence, and the disdain for any commitment to the formal mechanisms of democracy are the hallmarks of fascism. Their primary modus operandi is rule by terror.

Of course, this vigilante violence has deep roots in the history of the United States, expressed in campaigns against Native Americans, African-Americans, immigrants, and labor radicals. For almost a hundred years from the end of the Civil War into the 1960s this vigilante violence was aligned with the Democratic Party, especially in the South where institutionalized state terror was used against Blacks who challenged the white supremacist dominant order.

The persistence of white supremacy, expressed now through the Trumpist wing of the Republican Party, is also evident in the ways in which the policing power at the federal, state, and local level is still more viciously deployed against challenges to white supremacy, most recently through the Black Lives Matter movement. The use of militarized police, wide-scale arrests, and harassment of BLM demonstrators stood in stark contrast to the treatment of the marauding mob of insurrectionists on January 6. Trump and his Administration had downplayed the terror exhibited by these white supremacists and white nationalists throughout his presidency. Instead, they identified the BLM as “thugs,’ while calling these white terrorists “good people” and gave them endorsements, such as Trump’s debate nod to the Proud Boys to “stand by.”

Trump has further encouraged this vigilante violence and intimidation at other moments in his presidency. Recall that after he tweeted to “Liberate Michigan,” on April 17, there was an armed takeover of the Michigan Capitol on April 30. A band of these proto-fascists even plotted to kidnap and execute the Governor of Michigan – Gretchen Whitmer – over a masking mandate and a limited lockdown. Refusing to apologize for his incitement then and on January 6 at the rally in front of the Capitol, Trump certainly took on the mantle of a Fuhrer whose followers were prepared to use terror to intimidate and even murder their political “enemies.”

Although the coup may have failed and this vigilante wing may have to go underground, there are still active terror networks that must be rooted out and destroyed. Driven from many of the social media platforms, there are still platforms like Parlar and Gab that circulate the poisonous rhetoric and plans of these proto-fascists. (Parlar was established in 2018 with the financial backing of Rebekah Mercer, whose father, Bob Mercer, a wealthy hedge fund manager and Trump supporter, bankrolled Cambridge Analytica, the shady consulting firm that aided Trump’s 2016 electoral victory.) Allowing such networks and their apologists in the Republican Party to operate with impunity or with limited slaps on the wrist invites further domestic terrorism and, perhaps, even more violent coup attempts.