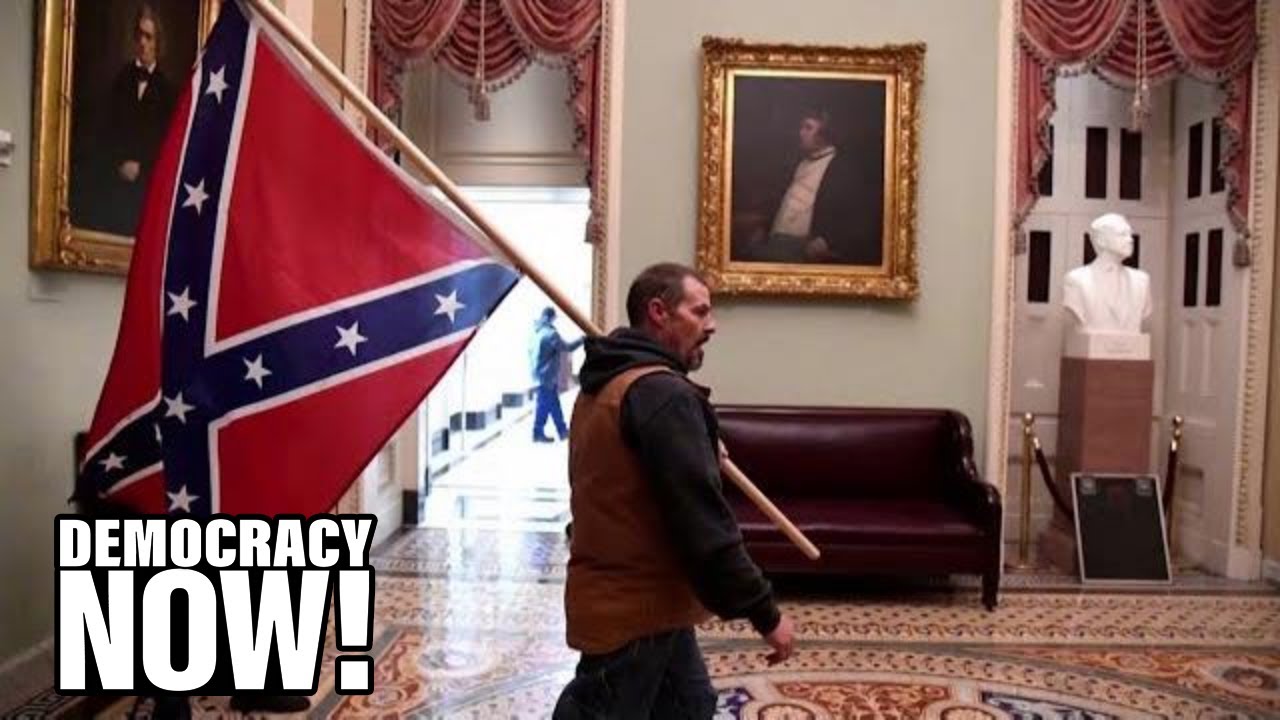 As Washington reels from the storming of the U.S. Capitol by a pro-Trump mob intent on overturning the 2020 election results, lawmakers are considering new impeachment proceedings against President Trump for fomenting the insurrection. Civil War and Reconstruction historian Manisha Sinha says this isn’t the first attempt to disrupt the democratic process by right-wing white domestic terrorists, citing the 1868 Wilmington coup and other efforts before that throughout the Southern states. “These groups today remind me of those people,” says Sinha. In response to the call to invoke the 25th Amendment against Donald Trump, she argues, “This is an awful portent for our democracy, and we need to respond forcefully to it.”