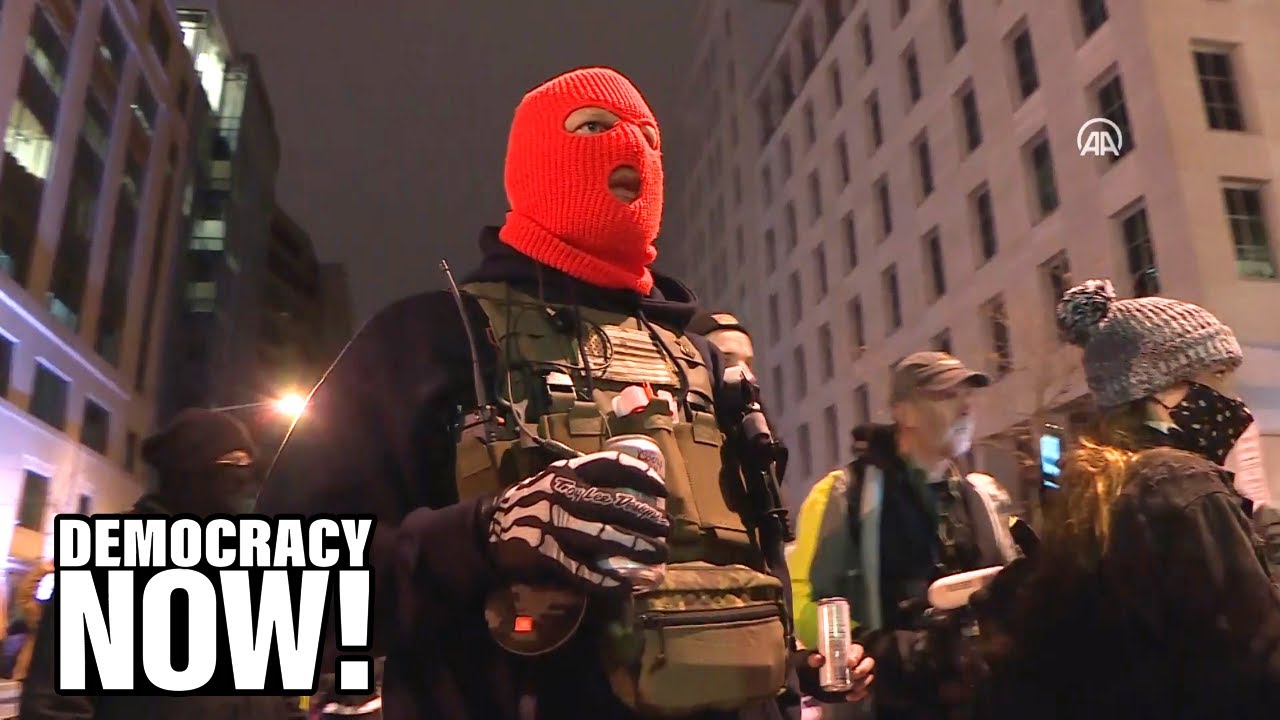 Thousands who refuse to accept President Trump’s 2020 election loss to Joe Biden are protesting in Washington, D.C., as Congress meets to count the Electoral College votes and certify the results. Mayor Muriel Bowser has called in the National Guard ahead of the protests, after anti-democracy protesters clashed with police near Black Lives Matter Plaza. Police arrested six people on charges that include bringing illegal guns to the city. National security reporter William Arkin says it is “an unprecedented moment,” with the sitting president actively encouraging the unrest. We also speak with Jason Wilson, an investigative journalist who tracks the political right and extremist movements, who says the Trump presidency has seen a startling merger of the GOP with the far right. “There’s not really a sharp dividing line between violent, far-right street activists and the supporters of the president in Congress,” says Wilson.