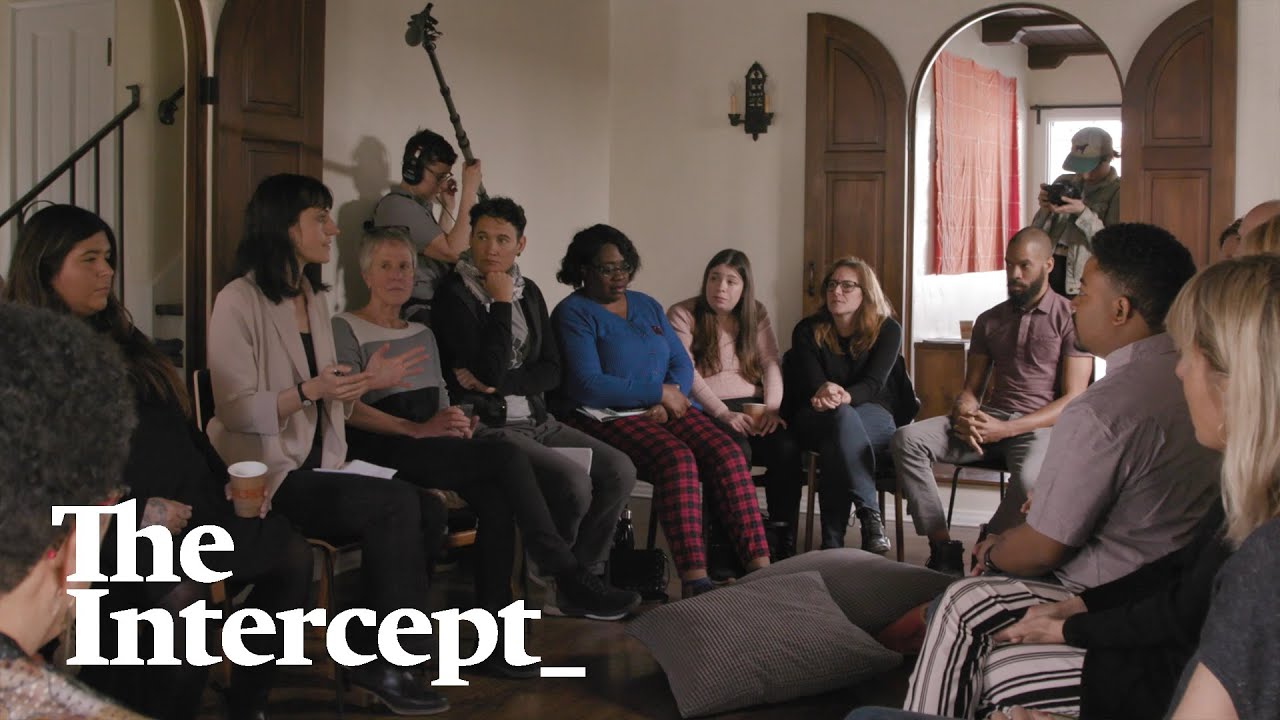 Right before Covid-19 disrupted our lives, I assembled a group of activists and academics to discuss the crisis of higher education and what was next for the growing movement to cancel student debt and make college and university tuition free. The 45-minute film “You Are Not a Loan” is a record of this encounter, which took place on February 7, 2020.

After nearly a decade of grassroots organizing, the Debt Collective, a union for debtors that I helped found, succeeded in making student debt a central issue in the Democratic presidential primary. Sens. Bernie Sanders and Elizabeth Warren campaigned aggressively on canceling various amounts of student debt while expressing varying commitments to higher education as a right.

Our movement had entered a pivotal moment that seemed worth documenting. We needed to figure out how to advance and expand our agenda. Of course, we had no idea what was just around the corner. In many ways, “You Are Not a Loan” is more resonant now than when we shot it. The pandemic dealt this country’s fragile higher education system a potentially existential blow, making the issues and solutions raised in the film more urgent and mainstream. Meanwhile, the call to cancel debts — student loans and also medical debt, past-due mortgages, and back rent — can now be heard emanating from struggling communities and echoed by progressive representatives in Congress. Even President Joe Biden has embraced the necessity of student debt cancellation. Though his proposal is inadequate — he has promised $10,000 of “immediate” relief along with more substantial cancellation for students who attended certain schools and meet certain income thresholds — it is a notable development for a former senator of Delaware, the credit card capital of the world, and a man who played a key role in pushing legislation that rolled back bankruptcy protections for student borrowers.

The idea for this project emerged out of conversations with Paul Holdengräber and his team at Onassis Los Angeles, a newly opened center for dialogue around social change and justice. With their support, I was able to convene a group that included Debt Collective organizers, student debtors, and esteemed scholars, including political theorist Wendy Brown, historian Barbara Ransby, economist Stephanie Kelton, and others. The dialogue that ensued is personal and philosophical, historically grounded and engagingly hypothetical. The film offers an intimate view of the ongoing and growing grassroots struggle to transform our broken, profit-driven education system and also reveals some of the challenges facing the effort. There are insightful and humorous moments as participants attempt to speak and strategize across cultural and class divides.

As a documentary filmmaker, I’ve long been a fan of political cinema from the 1960s, especially fly-on-the-wall accounts of impassioned meetings and intimate conversations where people share grievances and plan next steps. I share this sensibility with my main collaborator on this project, the multitalented Erick Stoll, who shot and edited the project. We wanted to give viewers a sense of being immersed in an activist milieu while showing the ways that these milieus naturally create space to ask big questions, blurring the supposed divide between theory and practice. As the brilliant historian Robin D. G. Kelley once wrote: “Social movements generate new knowledge, new theories, new questions. The most radical ideas often grow out of a concrete intellectual engagement with the problems of aggrieved populations confronting systems of oppression.” That has certainly been my experience collaborating with the Debt Collective. —Astra Taylor