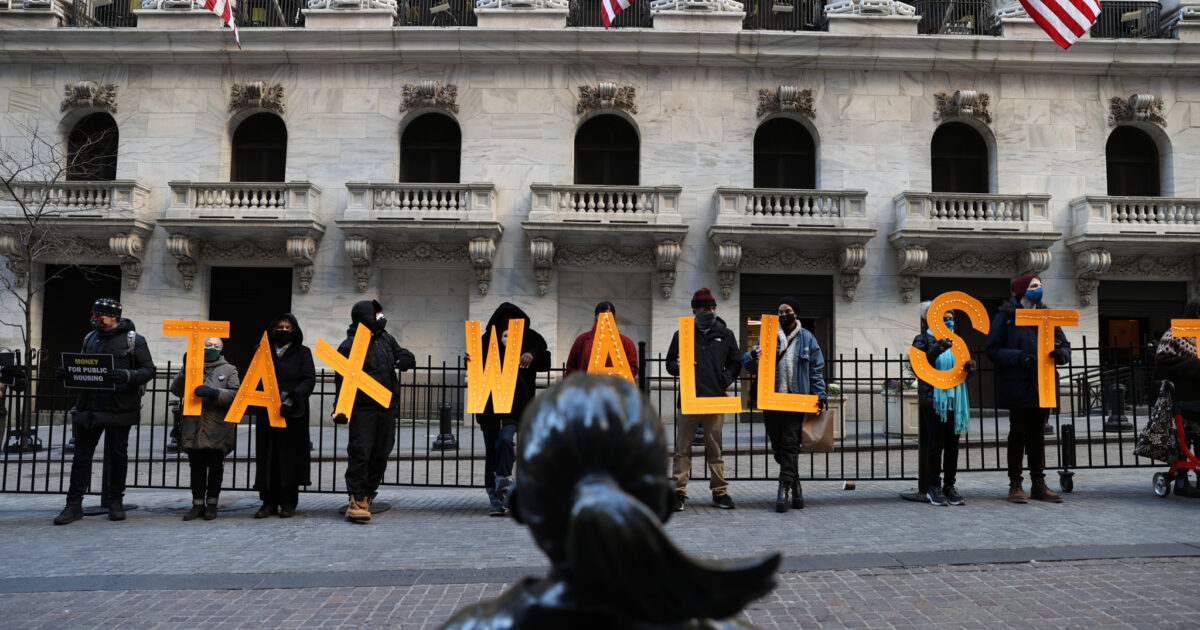 The spectacle of watching the entire professional investing class and the financial media descend into a panicked frenzy thanks to a bunch of Reddit-fueled waves of stock-pumping has certainly been entertaining. If its goal is to laugh at a particular hedge fund momentarily losing a ton of money for the weirdest imaginable reason, it is a success. As a populist uprising trying to change Wall Street, though, it is a big waste of time. You can’t fix Wall Street by becoming it.

There is no doubt that all of the regular people out there who bought up shares of GameStop and AMC were motivated largely by a desire to give a middle finger to whatever they perceived ​“Wall Street” to be. The stocks themselves were selected because various hedge funds made large short bets against them, which pumped up their prices and ultimately cost those hedge funds money. As the price of GameStop skyrocketed, social media abounded with stories of people who had suffered horribly from the fallout of the last recession, and were now taking their miraculous profits as a sort of balancing of the cosmic scales. A popular narrative has taken hold that these swarms of vindictive retail investors represent some sort of threat to the Wall Street establishment, a bold and unpredictable grassroots force to be feared.

That, I’m sad to say, is not true. Much of the impulse to portray all this manic investing as some kind of force for public good comes from a misunderstanding of how Wall Street really works. Yes, it is true that people successfully pushed up GameStop’s stock price by more than 1500%, costing one hedge fund, Melvin Capital, more than half of its wealth – a temporary decline in assets of more than $4 billion. It is true that this same crowd of people can go on repeating this feat for stock after stock, making concerted attacks on short sellers. And it is true that none of this will prevent the hedge fund industry from making money in the long run, or change anything about the system that makes people despise hedge funds in the first place.

There are thousands of hedge funds, collectively managing more than $3 trillion. Guess what? They can read Reddit too. If it becomes clear that this phenomenon of regular people pumping up random stocks is here to stay, tons of hedge funds and other institutional investors – the very Wall Street establishment that people imagine they are fighting against – will pile into whichever side of the trade will make them money. They will ride that populist, fuck-the-system sentiment all the way to the bank. Indeed, though Melvin Capital may have been hurt by the GameStop stunt, there is no question that tons of other professional investors are profiting from it. Hedge funds are many bad things, but they are not stupid about how to get rich.

The collection of money management firms that make up the investor class are just a huge pool of water that will flow to wherever their money will be maximized. They don’t give a damn if a stock is going up because of fundamental value, or inside trading, or a viral Reddit thread. There are thousands of professional hedge fund employees, along with a wide array of supercomputers and algorithms developed by generations of mathematicians, that do nothing all day except sit around and see where to move their money on a second-by-second basis. For every individual hedge fund that Reddit investors are able to hurt, a hundred more will be on the other side to suck up the profits that their counterpart is losing. In aggregate, everything will continue as always. Trying to strike a blow against ​“Wall Street” by investing in certain stocks is like trying to destroy a forest by chopping down one tree. That tree will turn to dirt and make all the other trees even healthier. You need a better plan.

There are other problems with this ongoing crusade, too: For one thing, its tendency to target only short sellers, some of whom make their money by sniffing out companies that are frauds and scams, which is actually a public benefit; for another, the fact that many of these small-time investors who threw their meager savings into these stocks are mathematically guaranteed to lose a bunch of money when the stocks inevitably collapse. That regular people are pissed off at Wall Street and want to inflict pain on the bloodsucking rich is a good thing. The particular method they have chosen, sadly, will fail. All these Reddit investors are, in effect, just another hedge fund in the market. There is not a technical solution to a political problem.

The fundamental problem is not the existence of the stock market. (There is a good argument to be made that a publicly accessible stock market is far more democratic than the alternative, a system in which all control of the wealth of businesses is in private hands). The problem is that we have a country that operates under gangster capitalism, a system in which political power can be bought, and therefore political and economic power both concentrate themselves in the hands of a tiny, unaccountable class of elites. Whether the price of GameStop stock is one dollar or a million dollars will have no effect on this underlying situation. We don’t need to just switch out a few faces within their ranks. We need to redistribute wealth and power.

Want to know what would really piss off Wall Street? A financial transactions tax. A stronger labor movement. A more aggressive Consumer Financial Protection Bureau. A wealth tax. All of the pitchforks-and-torches sentiment we see now is great. But it only works if it accomplishes something that the forces of capital actually fear. Once you have bought your few GameStop shares, go unionize your workplace. Volunteer for a left-wing political campaign. I recognize that this sounds very fuddy-duddy, but I hate to see the burning anger of the masses squandered on what amounts to a doomed attempt to beat the house with a series of bets.

You can’t hurt the gangsters at the capitalist casino by shuffling the chips around to different bets. You take their chips off the table. That’s politics, baby. Organize.