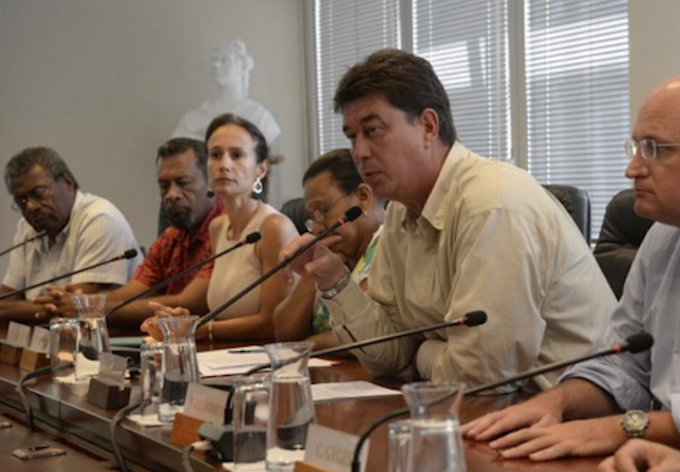 A coalition government in New Caledonia has collapsed after indigenous pro-independence politicians resigned, citing persistent economic issues and unrest over the sale of nickel assets.

The South Pacific archipelago has been gripped by riots over the sale process of Brazilian mining giant Vale’s local nickel business, with protesters saying a locally-led offer had been unfairly overlooked.

New Caledonia, with a population of about 290,000, is also grappling with the question of decolonisation.

The crisis comes as New Caledonia is facing widespread flooding and damage from Tropical Cyclone Lucas.

The island chain enjoys a large degree of autonomy but depends heavily on France for matters such as defence and education.

Referendums in 2018 and 2020 both narrowly rejected independence. A third referendum due by the end of next year should finally settle the issue, under the terms of a 1998 Noumea accord with France.

Five pro-independence politicians – three from the Union Caledonian (UC) and two from the National Union for Independence (UNI) – both members of the pro-independent Kanak and Socialist National Liberation Front (FLNKS), in the 11-member executive have resigned.

Upheaval marks end of Santa coalition
The upheaval marks the end of President Thierry Santa’s multiparty government after 18 months in power. Congress must elect a new government within 15 days.

The Santa-led anti-independence coalition, L’avenir en confiance, claimed in a statement that the pro-independence legislators were causing a political crisis in the middle of a pandemic and amid economic and social tensions.

The pro-independence members’ resignation letter said a “crisis of confidence” had set in and that the government was not functioning properly at an important time when preparations were needed to be made for the next independence vote.

The letter also said the nickel asset sale favoured the interests of multinationals over locals.

New Caledonia is the world’s fourth-largest nickel producer, behind Indonesia, the Philippines and Russia.

Demand for nickel, mainly used in making stainless steel, is expected to grow rapidly as a raw material in electric vehicle batteries.

Vale wants to sell its nickel business in New Caledonia to a consortium of buyers including Swiss commodities trader Trafigura.

Indigenous Kanak leaders had supported an earlier bid designed to keep majority ownership under the control of the island territory.