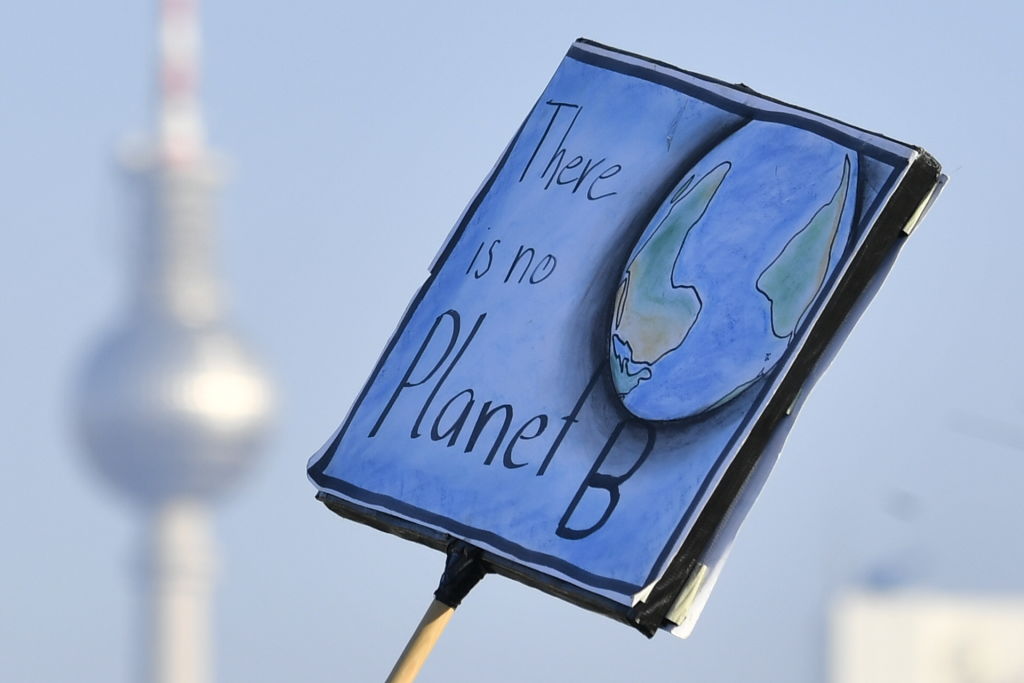 Last week, President Biden signed a flurry of executive orders aimed at tackling the climate crisis. The new rules place climate at the center of our foreign policy and national security considerations, building upon the recently re-entered Paris Climate Accord, and establishing the White House Office of Domestic Climate Policy and the National Climate Task Force as part of a broad, intergovernmental approach to climate action. Taken together, they constitute the boldest climate plan ever enacted in the U.S. government.

We are so close now we can taste it. We’re finally seeing the policy movement that is and will be necessary if we are to avert catastrophic climate change.

And not a moment too soon. Unprecedented wildfires, heat waves, floods and superstorms amplified and exacerbated by climate change collectively cost us a whopping $100 billion dollars in 2020. If you are Puerto Rico, or North Carolina, or Texas or California, or Louisiana, or Iowa, or … just about anywhere on our planet, dangerous climate change impacts have arrived. As my friend, the youth climate advocate Greta Thunberg has put it so poignantly, “Our house is on fire.” There simply couldn’t be greater urgency.

Hopelessness is perhaps the surest path to disengagement there is.

But there is agency, too. There is still time to take the actions necessary to avert a catastrophic 3F planetary warming. We have now witnessed a favorable shift in the political winds in the U.S. with a new president, in Biden, who campaigned on climate action, has a mandate on climate action, and is taking bold climate action. There is now Democratic control of Congress, if by only the slimmest of margins. And while a 50/50 Senate may not pass an expansive Green New Deal, there is an opportunity for bipartisan compromise on climate legislation that will complement the executive actions under way. With the U.S. once again reasserting leadership on this issue, chances are excellent that other nations, too, will be more mobilized to act.

The climate denialism once advanced by the fossil fuel industry and its advocates has grown impotent—it simply isn’t credible any more to deny the impacts of climate change when we are experiencing them in real time. But that doesn’t mean these forces of inaction (the “inactivists”) have given up or stopped throwing out roadblocks to slow the transition from fossil fuels toward clean energy.

They are instead now fighting what I call the “New Climate War” in my new book of that title—engaging in an array of tactics that seeks to delay, deflect and divide, intent on leading us down the same path of inaction as outright denial.

The most insidious of the tactics, however, involves another “D” word—doom. Or, to be more precise, doom-mongering. Petrostate actors such as Russia have used troll and bot armies to promote fractious melees on social media that sow conflict and discord, getting climate advocates to fight with each other. It’s a divide-and-conquer tactic to make sure that climate advocates fail to present a united front demanding policy action.

They also have manipulated social media environments to promote doom and despair, the idea that it is too late to actually do anything about the problem. After all, if there’s nothing we can do at this point, why bother? Inactivists, after all, don’t care about the path you take, just the destination. And hopelessness is perhaps the surest path to disengagement there is. It’s an especially nefarious gambit that seeks to take the very people who might be most motivated to demand action—environmental progressives—and weaponize them to advance the agenda of the fossil fuel industry.

Almost as if to try to prove the point, just last week Indiana’s former Republican Gov. Mitch Daniels, a noted critic of climate action, insisted in a Washington Post op-ed that “If the climate change computer models prove accurate, it is already too late to prevent the world’s thermometer from rising to levels deemed unacceptable.” That, of course, is entirely wrong. The latest science demonstrates that the surface of the planet stops warming up as soon as we stop burning carbon. Our efforts today have a direct and immediate impact. And the only real obstacles, at this point, are political ones.

What is so pernicious about this sort of rhetoric is that it seeks to rob us of the very sense of agency that is so critical to our meeting the challenge ahead. And even those with the best of intentions and our most respected media outlets — including the New York Times quite recently, in fact—fall victim to this framing at times, playing into, if unintentionally, the narrative that “it’s too late to act, so why bother.”

It’s a new day in the climate battle, and I’ve never been more hopeful—for the first time in a while, there is a clear path forward on climate. But we need to educate ourselves about the obstacles in our way and, in particular, the tactics that ever-more-crafty adversaries are using, such as doomism, to suppress enthusiasm for change. We must push forward aggressively now that the wind is finally at our backs, to rescue our planet while there is still time.