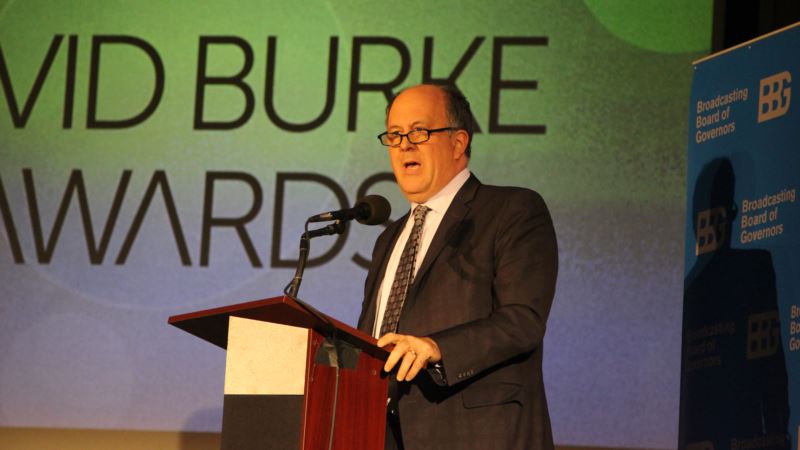 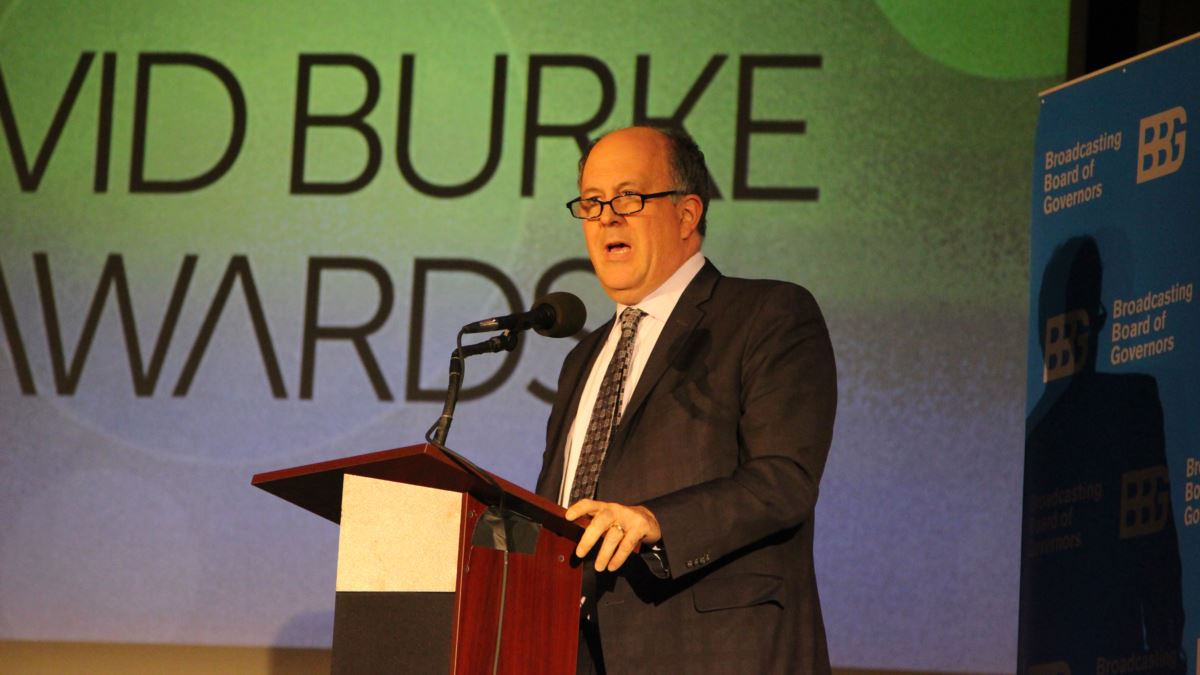 Russia and Iran are among the top authoritarian states extending their tentacles of repression abroad to target exiles, a new report by Freedom House says.

The report, published on February 4, says the Russian government “conducts highly aggressive” transnational repression activities abroad, relying “heavily” on assassination as a tool to target former insiders and other individuals perceived as threats by the Kremlin.

The Russian campaign accounts for seven of 26 assassinations or assassination attempts identified globally by the U.S.-based nongovernmental organization between 2014 and 2020.

The group says the Iranian regime has been linked to five assassinations or assassination attempts in three countries, and plots were thwarted in at least two others. The campaign targeted dissidents and journalists the authorities often labelled “terrorists.”

Pakistan, Azerbaijan, and all five Central Asian republics — Kazakhstan, Kyrgyzstan, Tajikistan, Turkmenistan, and Uzbekistan — are also among countries that target their nationals abroad, using tactics such as assaults, detentions, and unlawful deportations.

According to the report, titled Out Of Sight, Not Out Of Reach, human rights activists, dissidents, as well as their families “face a worldwide pattern of violence and intimidation perpetrated by the authoritarian regimes they hoped to avoid by fleeing abroad.”

Freedom House says there have been at least 608 cases of direct, physical transnational repression since 2014 against victims in 79 host countries.

China “conducts the most sophisticated, global, and comprehensive campaign of transnational repression in the world,” the report says. Rwanda, Saudi Arabia, and Turkey are also identified as leading states targeting their nationals abroad.

“The scale and violence of these attacks underscore the danger that people face even after they flee repression,” Freedom House President Michael Abramowitz said in a statement, adding that putting an end to the practices is “vital to protecting democracy and rolling back authoritarian influence.”

“At a minimum, in Ukraine, Bulgaria, Germany, and the United Kingdom, the Kremlin has shown a willingness to kill perceived enemies abroad,” it says, adding that these attacks “also come against the backdrop of numerous unexplained deaths of high-profile Russians in exile, their business partners, and other potential targets of the Russian state.”

The Russian government is also responsible for “assaults, detentions, unlawful deportations, and renditions in eight countries, mostly in Europe.”

Russia is responsible for 38 percent of all public Red Notices in the world, making it the “most prolific abuser” of the Interpol notice system that Freedom House says the Kremlin uses to harass and detain exiles.

Russians abroad who are engaged in political opposition also face “surveillance and sophisticated hacking campaigns,” which are paired with control over key cultural institutions operating abroad, including the Russian Orthodox Church, in an effort to exert influence over the Russian diaspora.

Meanwhile, Ramzan Kadyrov, the Kremlin-backed leader of Russia’s North Caucasus region of Chechnya, employs “a brutal direct campaign to control the Chechen diaspora” in what Freedom House describes as “a unique example of a subnational regime operating its own transnational repression campaign.”

Of the 32 documented physical cases of Russian transnational repression, “a remarkable 20 have a Chechen nexus,” according to the report, which notes that three Chechen exiles have been murdered in Europe over the last two years.

Freedom House says Tehran has resumed assassinations of exiles in Europe and Turkey in recent years following a lull in the 2000s.

It cited the case of former Iranian intelligence officer Masud Molavi, who was gunned down in Istanbul in November 2019, a killing ascribed by Turkish and U.S. officials to the Iranian government.

In Belgium, an Iranian diplomat charged with plotting to bomb an exiled opposition group’s gathering is currently standing trial.

Meanwhile, Iran’s Islamic Revolutionary Guards Corps (IRGC) has led “operations to kidnap exiles from other countries and forcibly repatriate them,” with Freedom House citing the “particularly outrageous” case of opposition journalist Ruhollah Zam, who was executed in Iran in December 2020 after being “abducted” from Iraq.

Tehran has used in some cases “a combination of bilateral pressure and co-optation of other countries’ institutions to achieve detentions and deportations,” it says, adding that Iranian authorities also used Interpol to harass exiles “even though the clear lack of judicial independence in the country should limit the credibility of its notices.”

The Iranian state uses other tactics to pressure those involved in opposition politics or independent journalism, including smear campaigns such as the creation of fake news websites that mirror real ones and falsification of statements by journalists in order to discredit them.

In January 2020, Reporters without Borders (RSF) counted 200 Iranian journalists living overseas who had been threatened, including 50 who had received death threats.

These threats are frequently paired with coercion by proxy in which family members within Iran are threatened or detained in order to silence exiles.

In Central Asia, Freedom House says Tajik exiles have “faced the largest wave of transnational repression” in the former Soviet Union during the period under study spanning between January 2014 through November 2020, as the government of President Emomali Rahmon “consolidated power at home and targeted the opposition that fled abroad.”

“Thirty-eight of 129 coded incidents from the region originated from Tajikistan, showing extensive detentions as well as unlawful deportations, renditions, an assault, an unexplained disappearance, and one assassination,” it says.

Azerbaijani authorities also “aggressively target” opposition figures and journalists abroad, having conducted five renditions — from Ukraine, Georgia, and Turkey — since 2014. In four of those cases, the victim was a journalist or a journalist’s spouse.

Kazakhstan’s transnational repression has focused on political opposition figures and former insiders, especially Mukhtar Ablyazov, a fugitive former banking official and outspoken critic of the government, his family, and associates.

Freedom House counted five cases of transnational repression by Kyrgyz authorities, including four involving the targeting of ethnic Uzbeks who fled Kyrgyzstan following clashes in southern Kyrgyzstan in 2010. The four were detained at Bishkek’s requests in Russia but eventually released following legal challenges.

[1] ➤ /Users/bluaa/Downloads/FH_TransnationalRepressionReport2021_embargoed_final%20(1).pdf[2] Report: Iran 'Directly Involved' In Killing Of Iranian Dissident In Turkey, U.S. Believes ➤ https://www.rferl.org/a/report-iran-directly-involved-in-killing-of-iranian-dissident-in-turkey-u-s-believes/30524891.html[3] Iran Says It Will Reject Any Verdict Resulting From Trial Of Diplomat In Belgium ➤ https://www.rferl.org/a/iran-reject-any-verdict-trial-diplomat-belgium-assadi-mek/30973896.html[4] Iran's Zam And Other Sons Of The Islamic Republic Who Rebelled Against The Clerical Regime ➤ https://www.rferl.org/a/iran--zam-executed-islamic-republic-children-rebelled-regime/31019460.html