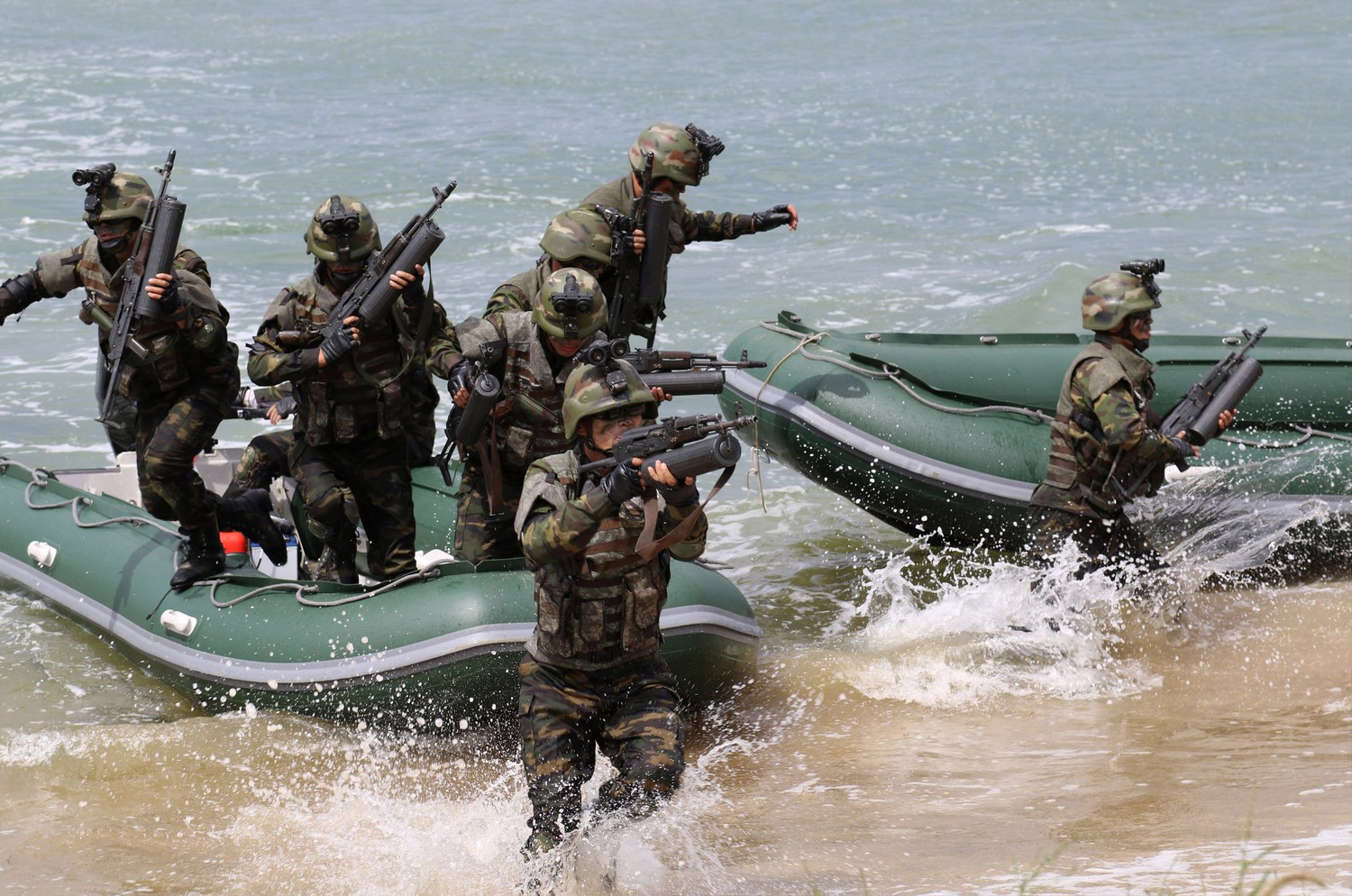 North Korea has forced citizens to donate aid to the military ahead of Army Day Monday, sparking resentment among people who can barely support themselves in an economy ravaged by the coronavirus pandemic, sources in the impoverished country told RFA.

Authorities set up a quota system making each citizen responsible for meat, grain and other supplies to support the soldiers, a project they say is in line with North Korean leader Kim Jong Un’s calls for renewed self-sufficiency made during the eighth congress of the ruling Korean Workers’ Party held last month.

A resident of North Hamgyong province in the country’s northeast told RFA’s Korean Service Friday that authorities in the provincial capital Chongjin framed the drive as a competition between each of the city’s districts.

“Since the eighth party congress has just finished, the residents are made to participate in the aid project and they can’t complain despite the difficult economic situation,” said the source, who requested anonymity for security reasons.

“The party is prioritizing pork, rabbit, chicken and duck to contribute to the soldiers’ diet. They are also required to provide other foods, and even have to give daily necessities like cotton gloves, toothbrushes, toothpaste and soap,” the source said.

Tapping the people to support the military directly is common in North Korea. RFA reported in Nov. 2019 that people were forced to donate supplies in preparation for military drills that winter.

But North Korea is suffering economically due to the Sino-Korean border closure imposed to combat the pandemic that has made conducting trade with China impossible for more than a year.

The military’s frequent supply troubles in recent years normalized the practice of squeezing the people to cover shortages, to the point that staff dedicated to collection are deployed at all local government offices.

“The aid supplies collected by each household were delivered to the designated military units by the support workers of the local government offices… they visited the military units to deliver food and supplies, and also staged morale-boosting performances,” the source said.

“Despite strict orders from the party, most residents were unable to participate in the aid project, because they are having a hard time making a living. Since participation rates were very low, the neighborhood watch unit forced people to provide 300 grams (10 ounces) of rice, beans and corn per household, and they used it to make rice cake and noodles,” said the source.

Another resident, in nearby South Hamgyong province, told RFA that people were shunning the aid project to take care of themselves.

“The residents are busy making their own living, so they are ignoring the Central Committee’s order. Authorities are forcing each household to provide aid supplies, so the residents are getting angry,” said the second source, who requested anonymity to speak freely.

“For this year’s aid project, the people basically have to provide meat, like pork, rabbit and duck. They don’t even have meat for themselves, but they must now collect cash and food to buy meat at the marketplace only to hand it over as aid,” the second source said.

Parts of South Hamgyong suffered severe damage last year as the province was hit by three consecutive typhoons in August and September. The source said residents of Kowon county are in the midst of rebuilding, but the county party committee is still pushing them to fill their quota.

“The army is the main body of our national defense, protecting the country and its people, so the Central Committee is demanding that people support the army with the spirit of the revolution,” the second source said.

“But the people are griping. They ask how the government can continue to pass its own responsibilities onto them.”