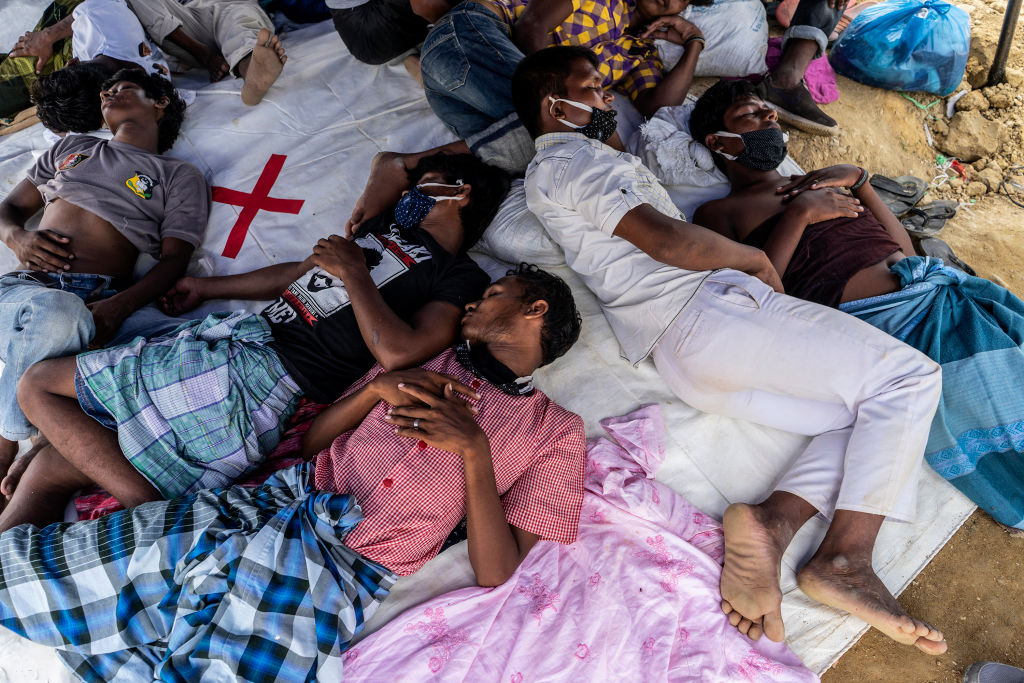 In the days since Myanmar’s military coup, hundreds of thousands of Myanmar’s citizens have taken to the country’s streets to demand the release of the country’s deposed civilian leader, Aung San Suu Kyi and for the country’s generals to relinquish the power they recently seized by force.

Myanmar’s biggest problems long predate the coup, and they won’t go away even if Ms. Suu Kyi is freed and the country returns to fragile democratic rule. And that holds a key lesson for President Biden and the other Western leaders who are threatening to reimpose sanctions on the country and take other steps to punish and isolate the generals: simply reversing the coup isn’t enough. The West needs to take specific and concrete steps to ensure that Myanmar emerges as a more just and humane country, especially towards the Rohingya and other ethnic minorities who have been brutalized there for far too long.

There’s no question that the coup in Myanmar, also known as Burma, presents the first major foreign policy challenge of the Biden presidency. The new president was quick to condemn the military take-over and the arrest of Ms. Suu Kyi, a past winner of the Nobel peace prize, “as a direct assault on the country’s transition to democracy and the rule of law.” Republicans echoed that same tough talk, making the coup one of the first times in recent memory that the two political parties supported the same foreign policy.

The U.S. and its allies have done far too little to demand an end to the crimes being committed against the Rohingya and other ethnic and religious minorities. That needs to change.

The focus on the coup, though, threatens to obscure that Ms. Suu Kyi’s government, backed by the military, had a dire human rights record when it came to the Rohingya, a Muslim minority that has been subjected to a systemic campaign of rape, mass murder, and forced displacement to neighboring Bangladesh. UN investigations and various international legal proceedings focused on the military’s genocidal crimes against the Rohingya, including at the International Court of Justice, are rightly underway.

The U.S. and its allies have done far too little to demand an end to the crimes being committed against the Rohingya and other ethnic and religious minorities. That needs to change. A failure to act risks ensuring that Myanmar’s next civilian government—regardless of when and how it takes power—will commit the same crimes as its predecessor.

It is ironic that unsubstantiated claims of fraud during the country’s November 2020 national elections have served as the flawed legal argument for the military’s violent coup. The U.S. and European Union have invested tens of millions of dollars in electoral reform and election processes over the past decade. Although the 2020 national elections were viewed as credible in their implementation by nearly all domestic and international observers, thus countering the military’s fraud claims, the earlier disenfranchisement of hundreds of thousands of ethnic minorities, including the Rohingya and others in conflict areas, effectively rendered them unfree and unfair.

Put bluntly, U.S. policy towards Myanmar must dramatically shift to focus more on human rights, justice and accountability. The West should continue to push for the military to relinquish power to a democratically-elected civilian government, but it can’t stop there. A return to the status quo is untenable.

The ongoing genocide against the Rohingya and atrocities against the Karen, Shan, Kachin and other minorities show that the West was wrong to invest so heavily in building up the capacity of the central government and far too little on forcing the country’s rulers to improve their dire human rights records.

Now, the United States must support justice and accountability at the local level. Targeted sanctions, for example, can apply much-needed political and diplomatic pressure. These steps should include doubling down on existing sanctions against individual military leaders, as well as expanding these sanctions to the military-owned businesses that Burma’s generals use to enrich themselves and fund their atrocities. Beyond punishing individual generals and military-owned companies, the U.S. also needs to provide sizable, long-term aid to grassroots organizations working to further justice, women’s rights, education, and broader social development initiatives.

Direct funding should go to grassroots-led organizations serving displaced minorities from Burma who live outside of government-controlled areas or in neighboring countries, so that they can be more fully empowered to participate in and influence the country’s democratic transition. That was the cross-border model used before 2011, so it would mean a return to a policy long used there.

Myanmar’s military should be held accountable for the coup, but the West needs to make sure they are punished for their abuses against the country’s minorities as well. What’s happening now in the country is a profound tragedy, but also a moment of opportunity to acknowledge all that has gone wrong before — and to take steps to build a better Myanmar in the future.