So, we’re almost a year into the “New Normal” (a/k/a “pathologized totalitarianism”) and things are still looking … well, pretty totalitarian.

Most of Western Europe is still in “lockdown,” or “under curfew,” or in some other state of “health emergency.” Police are fining and arresting people for “being outdoors without a valid reason.” Protest is still banned. Dissent is still censored. The official propaganda is relentless. Governments are ruling by edict, subjecting people to an ever-changing series of increasingly absurd restrictions of the most fundamental aspects of everyday life.

And now, the campaign to “vaccinate” the entirety of humanity against a virus that causes mild to moderate flu-like symptoms or, more commonly, no symptoms at all, in over 95% of those infected, and that over 99% of the infected survive (and that has no real effect on age-adjusted death rates, and the mortality profile of which is more or less identical to the normal mortality profile) is being waged with literally religious fervor.

“Vaccine passports” (which are definitely creepy, but which bear no resemblance to Aryan Ancestry Certificates, or any other fascistic apartheid-type documents, so don’t even think about making such a comparison!) are in the pipeline in a number of countries. They have already been rolled out in Israel. 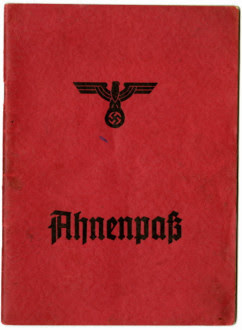 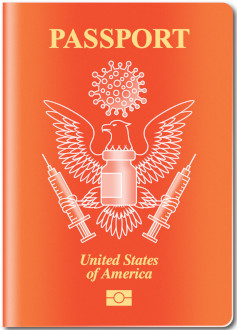 In other words, as predicted by us “conspiracy theorists,” the “temporary emergency public health measures” implemented by GloboCap in March of 2020 are still very much in effect, and then some. That said, as you have probably noticed, the tenor of things is shifting a bit, which is unsurprising, as GloboCap is now making the transition from Phase 1 to Phase 2 of the “New Normal” roll-out.

Phase 1 was pretty much classic “shock and awe.” An “apocalyptic virus” was “discovered.” A global “state of emergency” was declared. Constitutional rights were cancelled. Soldiers, police, surveillance cameras, military drones, and robot dogs were deployed to implement the worldwide police state. The masses were bombarded with official propaganda, photos of people dropping dead in the street, unconscious patients dying in agony, bodies being stuffed into makeshift morgue trucks, hospital ships, ICU horror stories, projections of hundreds of millions of deaths, terror-inducing Orwellian slogans, sentimental “war effort” billboards, and so on. The full force of the most formidable Goebbelsian propaganda machine in history was unleashed on the public all at once. (See, e.g., CNN, NPR, CNBC, The New York Times, The Guardian, The Atlantic, Forbes, and other “authoritative” sources like the IMF and the World Bank Group, the WEF, UN, WHO, CDC.)

But the “shock and awe” phase can’t go on forever, nor is it ever intended to. Its purpose is (a) to terrorize the targeted masses into a state of submission, (b) to irreversibly destabilize their society, so that it can be radically “restructured,” and (c) to convincingly demonstrate an overwhelming superiority of force, so that resistance is rendered inconceivable. This shock and awe (or “rapid dominance”) tactic has been deployed by empires, and aspiring empires, throughout the course of military history. It has just been deployed by GloboCap against … well, against the entire world. And now, that phase is coming to an end.

The shape of Phase 2 is not entirely clear yet, but one can make a few logical assumptions. Typically, this is the phase in which the conquering force (in this case, GloboCap) restores “normality” (i.e., a “new normality”) to the society it has just destabilized and terrorized. It installs a new occupation-friendly government, restarts the economy, and otherwise begins the gradual transition from martial law to something resembling “normal” everyday life. It hands out candy bars to kids, financial aid to businesses, power to generals and police, and “freedom” to the shell-shocked public.

This appears to be where we are at the moment. As you’ve probably noticed, the corporate media, government leaders, and medical experts have been making noise about “the end of the pandemic,” or at least “the end of the emergency phase” of it. Suddenly, “some level of Covid is tolerable,” “Zero Covid is unlikely,” et cetera. This is happening pretty much right on cue.

Now that the vaccination push is underway, they are trying to temper the mass paranoia and hatred that they have fomented for over a year with some hope and a vision of a post-crisis future. Governments are carefully relaxing restrictions, making sure we understand that if we don’t obey orders, wear our masks, get our vaccinations, and so, they will crack down on us again without mercy. They want to ease us into the pathologized-totalitarian future gently, so that it feels like we are being liberated, returning to some semblance of normal life, albeit in a new, more terrifying, perpetually-virus-and-extremist-threatened world.

For example, here in Germany, the government has decided to “return some freedom and trust to the people,” but they are prepared to lock us down “hard” again if they suspect we haven’t “used their trust wisely.” According to the 5-Step Plan, bookshops and florists can reopen this week with a one-person-per-ten-square-meter limit, up to ten people can play non-contact sports, and five people from no more than two households can meet up (and, thus, also play non-contact sports), unless the “incidence rate” of positive PCR tests rises above 100 per thousand, in which case, back to “hard lockdown” we go. Two weeks after that, on March 22, if the “positive-test rate” stays below 50, outdoor restaurant dining can resume, and theaters, cinemas, and opera houses can open. However, if the “positive-test rate” is more than 50 but less than 100, outdoor dining will only be permitted on a strictly pre-booking basis. (One assumes there will be roving goon squads examining restaurants’ booking records and ordering patrons to show their papers.) There are further Kafkaesque conditions in the plan, but I think you get the general idea.

Meanwhile, in the USA, although DC remains under occupation, the Capitol surrounded by razor-wire fences to protect democracy from an imaginary enemy straight out of George Orwell’s 1984, Texas, Mississippi, and a few other states are joining Florida in open rebellion, and allowing people to go out to eat, get together with their families and friends, walk around in public without medical-looking masks, and otherwise go about living their lives in a totally non-anus-clenched-paranoid fashion.

Notwithstanding the outrage of the Covidian Cultists, this development is not of great concern to GloboCap, as the coastal power centers are full-blown “New Normal,” and the liberals who predominantly occupy them have been transformed into paranoid, hysterical zealots who now dedicate a considerable amount of time to hunting down alleged “Covid deniers,” “anti-maskers,” “vaccine refusers,” “white-supremacist extremists,” “conspiracy theorists,” “libertarians,” dead “racist cartoonists,” and anyone else who won’t conform to their pathologized-totalitarian ideology, and obsessively trolling them on social media, or reporting their thoughtcrimes to the Reality Police.

This transformation of the relatively affluent, predominantly liberal, middle/upper classes, and the millions futilely aspiring thereto, into mindlessly-order-following “Good Germans” (or, rather, mindlessly-order-following “New Normals”) has also occurred here in Western Europe, and elsewhere throughout the global capitalist empire, and was one of GloboCap’s main objectives throughout Phase 1 of the “New Normal” roll out. This transformation has been in progress for quite some time, less dramatically and without a virus. It will continue once this virus is gone.

I’ve been writing about this for … well, most of my life, and publishing these columns for the last five years, so I’m not going to summarize all that here, but, basically, we’re living through one of those historic transformations of the structure of political power that we usually don’t recognize until after it has occurred … not just a “changing of the guard,” a transformation of the nature of power, how it is exercised, the beliefs it is based on, and the “reality” conjured into being by those beliefs.

This transformation began with the end of the Cold War, when global capitalism became the first globally-hegemonic ideological system in history. The roll-out of the “New Normal” is part of that transformation, not the whole of it, but an essential stage. We are transitioning from an ideological “reality” to a post-ideological, pathologized “reality” … a “reality” in which any and all deviation from official ideology (i.e., “normality”) is no longer a political challenge or threat, but an “illness” or “psychiatric disorder.”

I’m going to be obnoxious and quote myself, so that I don’t have to try to explain this again. Here’s a passage from a recent column:

A globally-hegemonic system (e.g., global capitalism) has no external enemies, as there is no territory ‘outside’ the system. Its only enemies are within the system, and thus, by definition, are insurgents, also known as ‘terrorists’ and ‘extremists.’ These terms are utterly meaningless, obviously. They are purely strategic, deployed against anyone who deviates from GloboCap’s official ideology … which, in case you were wondering, is called ‘normality’ (or, in our case, currently, ‘New Normality’) … [t]he new breed of ‘terrorists’ do not just hate us for our freedom … they hate us because they hate ‘reality.’ They are no longer our political or ideological opponents … they are suffering from a psychiatric disorder. They no longer need to be argued with or listened to … they need to be ‘treated,’ ‘reeducated,’ and ‘deprogrammed,’ until they accept ‘Reality.’

As we shift from Phase 1 to Phase 2 of the “New Normal,” the pathologization of political dissent will continue, and intensify, both overtly and subtlely. GloboCap and the corporate media will continue to warn of imminent “attacks on democracy” by imaginary “domestic terrorists,” as well as the old “non-domestic terrorists.” They will also continue to warn of imminent threats posed by exotic viruses, and “variants” of exotic viruses, and permanent “conditions” caused by viruses, and other threats to our bodily fluids. Above all, they will continue to warn of the danger of ingesting “misinformation,” “conspiracy theories,” or any other type of unverified, unauthorized, un-fact-checked content. They will thoroughly diagnose the sources of such content, and exhaustively explain the pathological conditions these sources will clearly be suffering from. They will explore a variety of treatments and cures, and recommend prophylactic measures against potential exposure to these sources.

But whatever … I wouldn’t worry about that. I’m probably just getting all worked up over nothing. After all, as a lot of my ex-friends will tell you (through their multiple masks and prophylactic face shields), I’m just a paranoid “conspiracy theorist” spreading “unverified misinformation.”

This article was posted on Tuesday, March 9th, 2021 at 8:56am and is filed under COVID-19, Fearmongering, Global Capitalism, Repression, Surveillance, The New Normal, Totalitarianism, Vaccines.