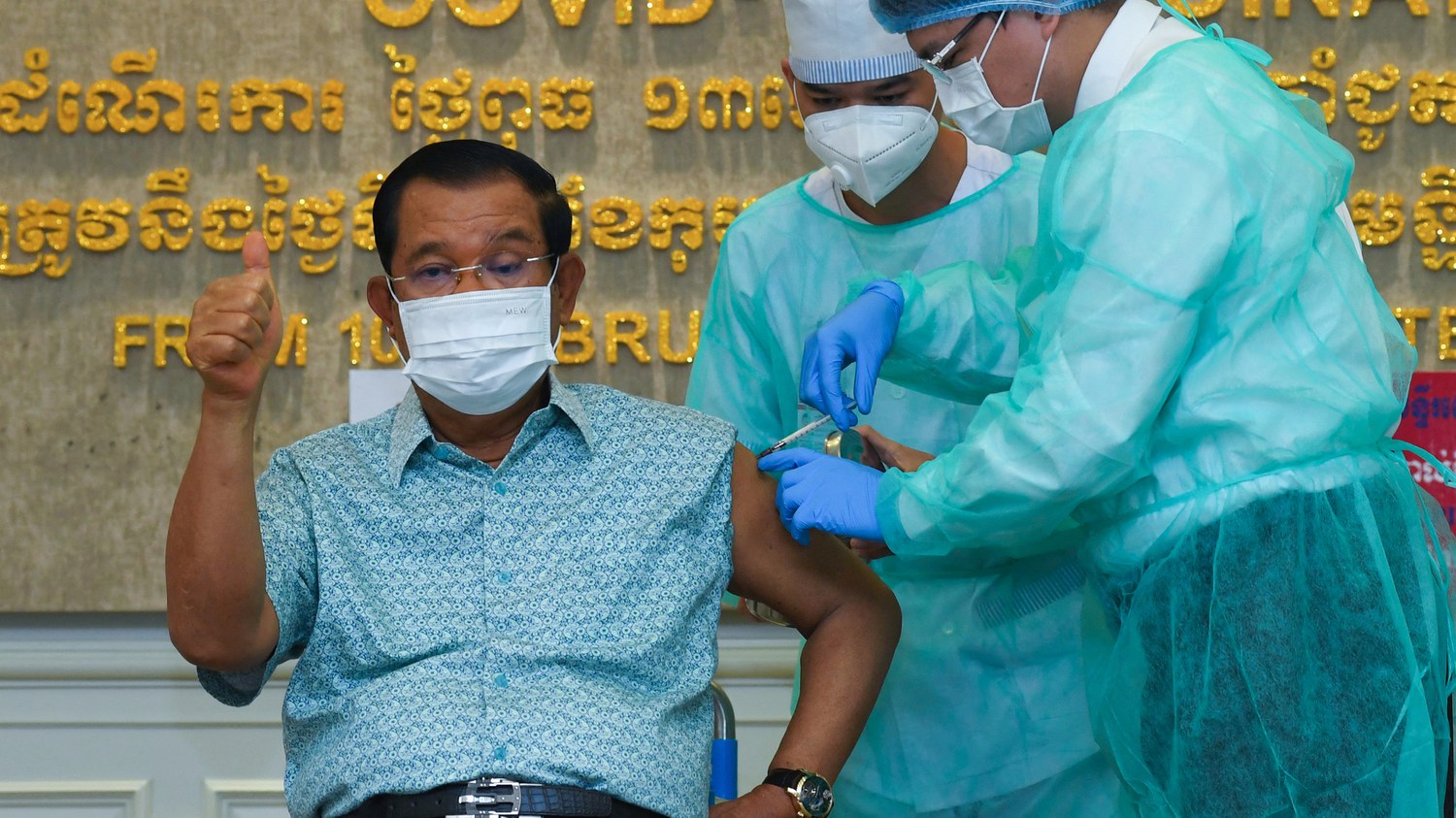 Cambodia’s Ministry of Health on Thursday confirmed the country’s first COVID-19-related death, one year to the day that the World Health Organization (WHO) declared the coronavirus that causes the disease a global pandemic.

The patient, 50, was a driver for a Chinese company chief who lived in Sihanoukville city, and who also had tested positive for COVID-19, according to a ministry statement. The driver died at a Phnom Penh hospital, the statement said, without providing further details.

The ministry also announced Thursday that it had confirmed 39 new cases that were transmitted locally, bringing the total number of such cases to more than 600. There has been a total of more than 1,000 COVID-19 positive patients in Cambodia, around half of whom have recovered.

RFA’s Khmer Service was unable to reach Ministry of Health spokesman Or Vandin for comment Thursday. However, she told government affiliated Bayon TV that the condition of the patient who died had deteriorated quickly after he was infected by his boss. The patient’s body will be cremated, Or Vandin said, adding that other patients remain in critical condition.

“At this point, we have some patients who are in bad condition,” she told Bayon TV. “Our doctors are working hard to save them.”

A resident of Phnom Penh named Sok Sreynich told RFA that she is concerned about her health after learning of the country’s first COVID-19 death and questioned why the government hadn’t banned large gatherings, such as weddings, in order to prevent the spread of the coronavirus.

“My financial situation is in free-fall,” she said. “I am barely making any money and I am afraid to go out of the house, even to the grocery store.”

Am Sam Ath of local rights group Licadho told RFA that the first COVID-19 death should send a message to the government that it must pay more attention to prevent the spread of the coronavirus.

“The government must be more transparent with its information so that the people can prevent the spread of the virus,” he said.

Also, on Thursday, Cambodia’s Head of State and Senate President signed a much-criticized COVID-19 prevention law into effect following the Senate’s approval earlier in the day.

Prime Minister Hun Sen had pushed Cambodia’s rubber stamp legislature to approve the draft law. Following its approval by the Senate, which is entirely made up of ruling Cambodian People’s Party (CPP) lawmakers following the country’s ban of the opposition Cambodia National Rescue Party (CNRP) in 2017, the draft will go before the Constitutional Council and then King Norodom Sihamoni, who will sign it into law.

Ny Sokha, a human rights defender and the head of monitoring at the Cambodian Human Rights and Development Association (ADHOC), told RFA that dissidents can expect to face lengthy jail terms as a result of the prevention law, which he said included “vague” articles that may confuse local law enforcement officers.

Activists told RFA in the days leading up to its approval that Hun Sen should be “paying attention to the well-being of the people, instead of making laws to prosecute them.”

To cremate or not to cremate

Thursday’s developments followed mixed messages from Hun Sen who days earlier ordered that the bodies of patients who have died from COVID-19 must be cremated, citing a “lack of land” availability for cemetery space, and despite ethnic funerary traditions that require burial of the dead.

“I discussed this with the minister of health, and we have agreed that patients who die of COVID-19 must be cremated,” Hun Sen said on Tuesday, adding that Phnom Penh municipal authorities are “building crematoriums” in anticipation of more deaths related to the disease.

On Wednesday, Hun Sen said that members of the Muslim Cham ethnic minority who die of COVID-19 can be buried, following a request from the Cham community, while members of indigenous groups could choose between cremation and burial. Majority Buddhists, as well as Christians, will be cremated, he added.

Meanwhile, Vorn Pov, president of Independent Democratic Association of Informal Economy (IDEA) told RFA on Wednesday that the government should consider a stimulus package for informal workers, who are unable to work from home like civil servants. He said that the government has done nothing to assist the sector’s workers to date.

“There should be a package to subsidize them between U.S. $50 and $60, just like what was provided to garment factory workers,” he said, adding that the government should also provide informal workers with health benefits.