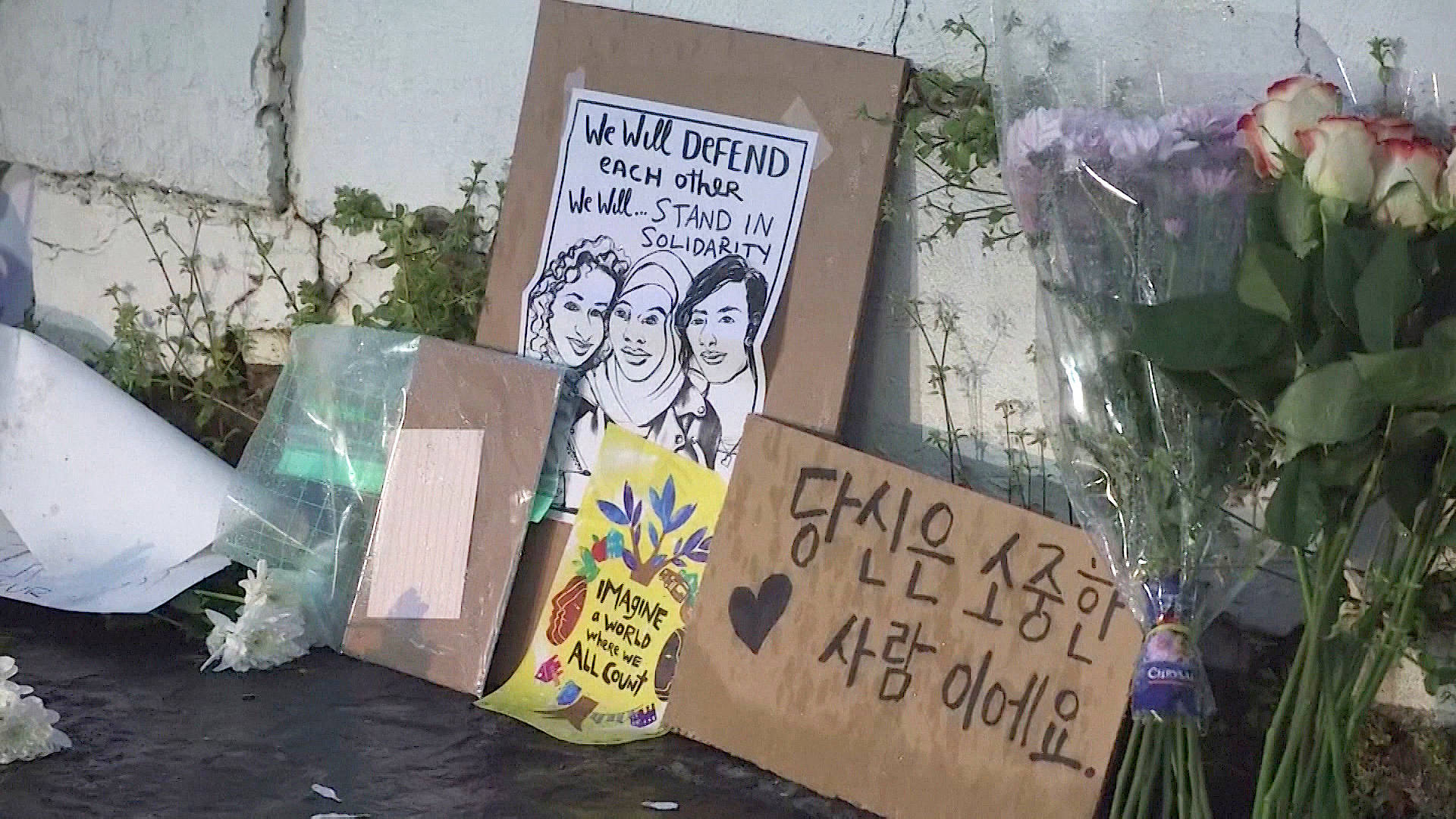 Deadly shootings at three Atlanta-area massage parlors that left eight people dead have stoked outrage and renewed fears about rising anti-Asian racism in the United States, which has already seen a rise in violence directed at Asian Americans during the pandemic. Police say the shooting suspect, 21-year-old Robert Aaron Long, denies a racial motive behind the killings, blaming “sex addiction” and a “really bad day” instead, but six of the eight victims are women of Asian descent. Connie Wun, co-founder of AAPI Women Lead and a researcher on violence against girls of color, says it’s impossible to “disconnect race from sexism” in the Atlanta killings. “There’s a long-standing history around the hypersexualization, the ongoing sexual violence against Asian women. This has happened across the globe,” Wun says.