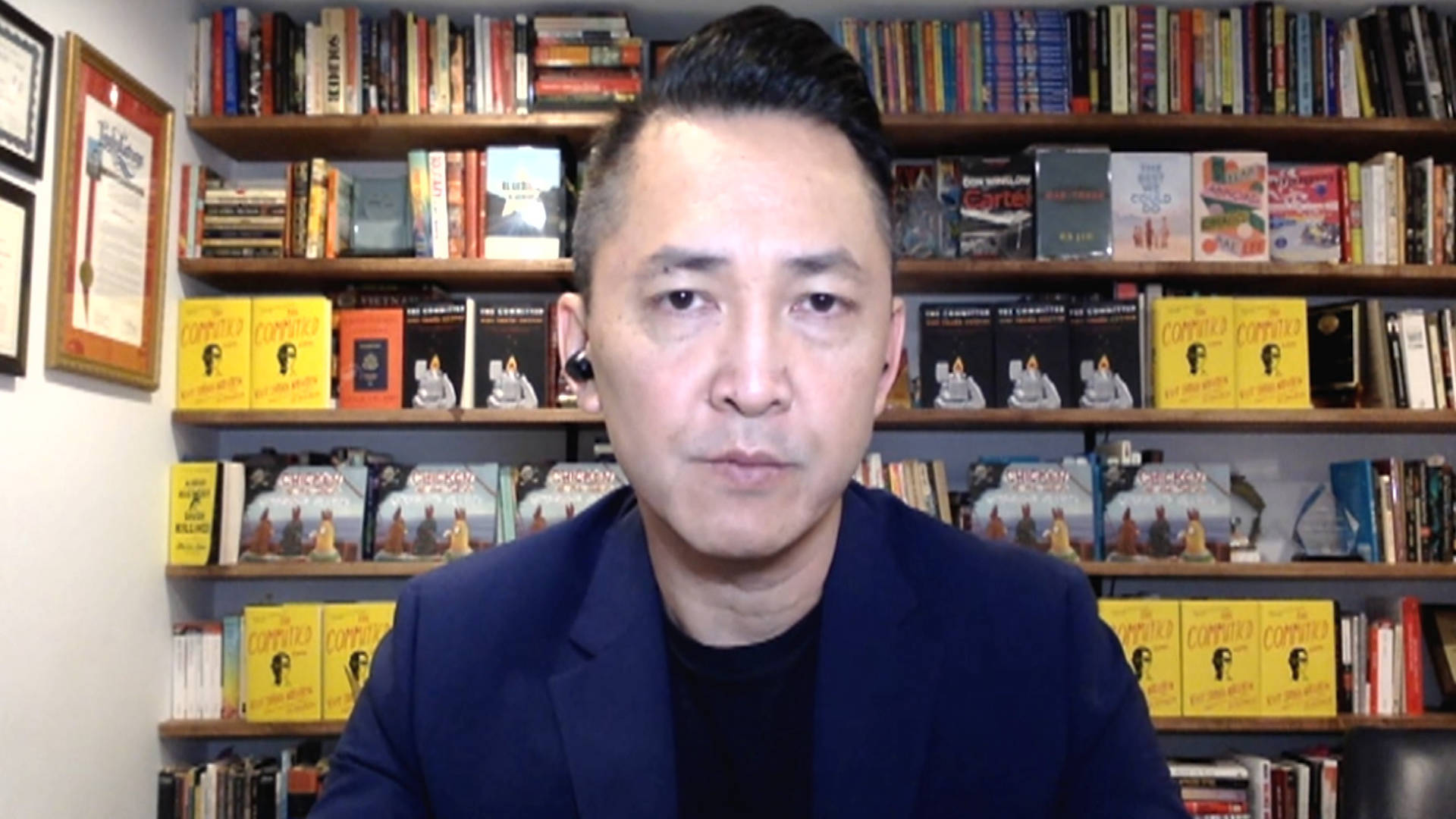 Pulitzer Prize-winning Vietnamese American writer Viet Thanh Nguyen discusses why he chooses to use the term “refugee” in his books, and speaks about his own experience as a refugee. His new novel tells the story of a man who arrives in France as a refugee from Vietnam, and explores the main character’s questioning of ideology and different visions of liberation. Titled “The Committed,” the book is a sequel to “The Sympathizer,” which won the Pulitzer Prize for Fiction in 2016. Nguyen says his protagonist is “a man of two faces and two minds” whose ability to see beyond Cold War divisions makes him the perfect figure to satirize the facile stories people tell themselves about the world. “He’s always going beyond the surface binaries to look underneath.” Nguyen is the chair of English and professor of English and American studies and ethnicity at the University of Southern California. His other books include “The Refugees” and the edited collection “The Displaced: Refugee Writers on Refugee Lives.”