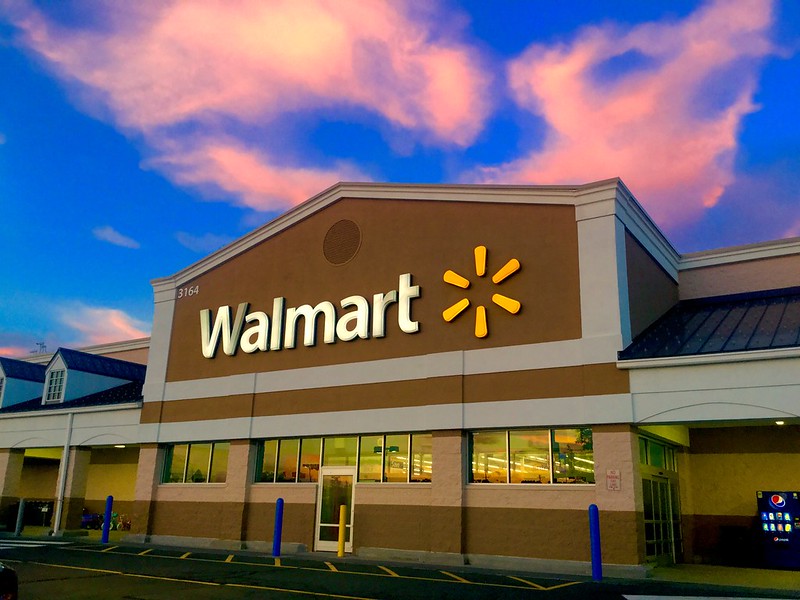 In June 2018, the Joint Action Committee against Foreign Retail and E-commerce (JACAFRE) issued a statement on Walmart’s acquisition of Flipkart. It argued that it undermines India’s economic and digital sovereignty and the livelihood of millions in India.

The deal would lead to Walmart and Amazon dominating India’s e-retail sector. These two US companies would also own India’s key consumer and other economic data, making them the country’s digital overlords, joining the ranks of Google and Facebook.

JACAFRE was formed to resist the entry of foreign corporations like Walmart and Amazon into India’s e-commerce market. Its members represent more than 100 national groups, including major trade, workers and farmers organisations.

On 8 January 2021, JACAFRE published an open letter saying that the three new farm laws, passed by parliament in September 2020, centre on enabling and facilitating the unregulated corporatisation of agriculture value chains. This will effectively make farmers and small traders of agricultural produce become subservient to the interests of a few agrifood and e-commerce giants or will eradicate them completely.

The government is facilitating the dominance of giant corporations, not least through digital or e-commerce platforms, to control the entire value chain. The letter states that if the new farm laws are closely examined, it will be evident that unregulated digitalisation is an important aspect of them.

And this is not lost on Parminder Jeet Singh from IT for Change (a member of JACAFRE). Referring to Walmart’s takeover of online retailer Flipkart, Singh notes that there was strong resistance to Walmart entering India with its physical stores; however, online and offline worlds are now merged.

Through the control of data (knowledge), e-commerce platforms can shape the entire physical economy. What is concerning is that Amazon and Walmart have sufficient global clout to ensure they become a duopoly, more or less controlling much of India’s economy.

Singh says that whereas you can regulate an Indian company, this cannot be done with foreign players who have global data, global power and will be near-impossible to regulate.

While China succeeded in digital industrialisation by building up its own firms, Singh observes that the EU is now a digital colony of the US. The danger is clear for India. He states that India has its own skills and digital forms, so why is the government letting in US companies to dominate and buy India’s digital platforms?

And ‘platform’ is a key word here. We are seeing the eradication of the marketplace. Platforms will control everything from production to logistics to even primary activities like agriculture and farming. Data gives power to platforms to dictate what needs to be manufactured and in what quantities.

Singh argues that the digital platform is the brain of the whole system. The farmer will be told how much production is expected, how much rain is expected, what type of soil quality there is, what type of (genetically engineered) seeds and are inputs are required and when the produce needs to be ready.

This is not idle speculation. The recent article ‘Digital control: how big tech moves into food and farming (and what it means)’ (on the grain.orgwebsite), describes how Amazon, Google, Microsoft, Facebook and others are moving in on the global agrifood sector.

Those traders, manufacturers and primary producers who survive will become slaves to platforms and lose their independence. Moreover, e-commerce platforms will become permanently embedded once artificial intelligence begins to plan and determine all of the above.

It is a clear concern that India will cede control of its economy, politics and culture to these all-powerful, modern-day East India companies.

Of course, things have been moving in this direction for a long time, especially since India began capitulating to the tenets of neoliberalism in the early 1990s and all that entails, not least an increasing dependence on borrowing and foreign capital inflows and subservience to destructive World Bank-IMF economic directives.

But what we are currently witnessing with the three farm bills and the growing role of (foreign) e-commerce will bring about the ultimate knock-out blow to the peasantry and many small independent enterprises. This has been the objective of powerful players who have regarded India as the potential jewel in the crown of their corporate empires for a long time.

The process resembles the structural adjustment programmes that were imposed on African countries some decades ago. Economics Professor Michel Chossudovsky notes in his 1997 book ‘The Globalization of Poverty’ that economies are:

“opened up through the concurrent displacement of a pre-existing productive system. Small and medium-sized enterprises are pushed into bankruptcy or obliged to produce for a global distributor, state enterprises are privatised or closed down, independent agricultural producers are impoverished.” (p.16)

The game plan is clear and JACAFRE says the government should urgently consult all stakeholders – traders, farmers and other small and medium size players – towards a holistic new economic model where all economic actors are assured their due and appropriately valued role. Small and medium size economic actors cannot be allowed to be reduced to being helpless agents of a few digitally enabled mega-corporations.

“We appeal to the government that it should urgently address the issues raised by those farmers asking for the three laws to be repealed. Specifically, from a traders’ point of view, the role of small and medium traders all along the agri produce value chain has to be strengthened and protected against its unmitigated corporatisation.”

The struggle for democracy

It is clear that the ongoing farmers’ protest in India is not just about farming. It represents a struggle for the heart and soul of the country. As the organisation GRAIN says on its website, there is an intensifying fight for space between local and territorial markets and global markets. The former are the domain of small-scale independent producers and enterprises; the latter are dominated by large-scale international retailers, traders and the rapidly growing influential e-commerce companies.

It is therefore essential to protect and strengthen local markets and indigenous, independent small-scale enterprises, whether farmers, hawkers, food processers or mom and pop corner stores. This will ensure that India has more control over its food supply, the ability to determine its own policies and economic independence: in other words, the protection of food and national sovereignty and a greater ability to pursue genuine democratic development.

Instead of this, we could for instance see India eradicating its buffer food stocks at the behest of global traders and agrifood players. India would then bid for them with borrowed funds on the open market. Instead of continuing to physically hold and control its own buffer stocks, thereby ensuring a degree of food security, India would hold foreign exchange reserves. It would need to attract foreign reserves and maintain ‘market confidence’ to ensure this inflow.

This is one intention of the recent farm legislation and constitutes a recipe for further dependency on foreign finance, unpredictable global events and unaccountable corporations. But mainstream economic thinking passes this subjugation off as ‘liberalisation’.

How is an inability to determine your own economic policies and surrendering food security to outside forces in any way liberating?

It is interesting to note that the BBC recently reported that, in its annual report on global political rights and liberties, the US-based non-profit Freedom House has downgraded India from a free democracy to a “partially free democracy”. It also reported that Sweden-based V-Dem Institute says India is now an “electoral autocracy”. India did not fare any better in a report by The Economist Intelligent Unit’s Democracy Index.

The BBC’s neglect of Britain’s own slide towards COVID-related authoritarianism aside, the report on India was not without substance. It focused on the increase in anti-Muslim feeling, diminishing of freedom of expression, the role of the media and the restrictions on civil society since PM Narendra Modi took power.

The undermining of liberties in all these areas is cause for concern in its own right. But this trend towards divisiveness and authoritarianism serves another purpose: it helps smooth the path for the corporate takeover of the country.

Whether it involves a ‘divide and rule’ strategy along religious lines to divert attention, the suppression of free speech or pushing unpopular farm bills through parliament without proper debate while using the police and the media to undermine the farmers’ protest, a major undemocratic heist is under way that will fundamentally adversely impact people’s livelihoods and the cultural and social fabric of India.

On one side, there are the interests of a handful of multi-billionaires who own the corporations and platforms that seek to control India. On the other, there are the interests of hundreds of millions of cultivators, vendors and various small-scale enterprises who are regarded by these rich individuals as mere collateral damage to be displaced in their quest for ever greater profit.

Indian farmers are currently on the frontline against global capitalism and the colonial-style deindustrialisation of the economy. This is where ultimately the struggle for democracy and the future if India is taking place.