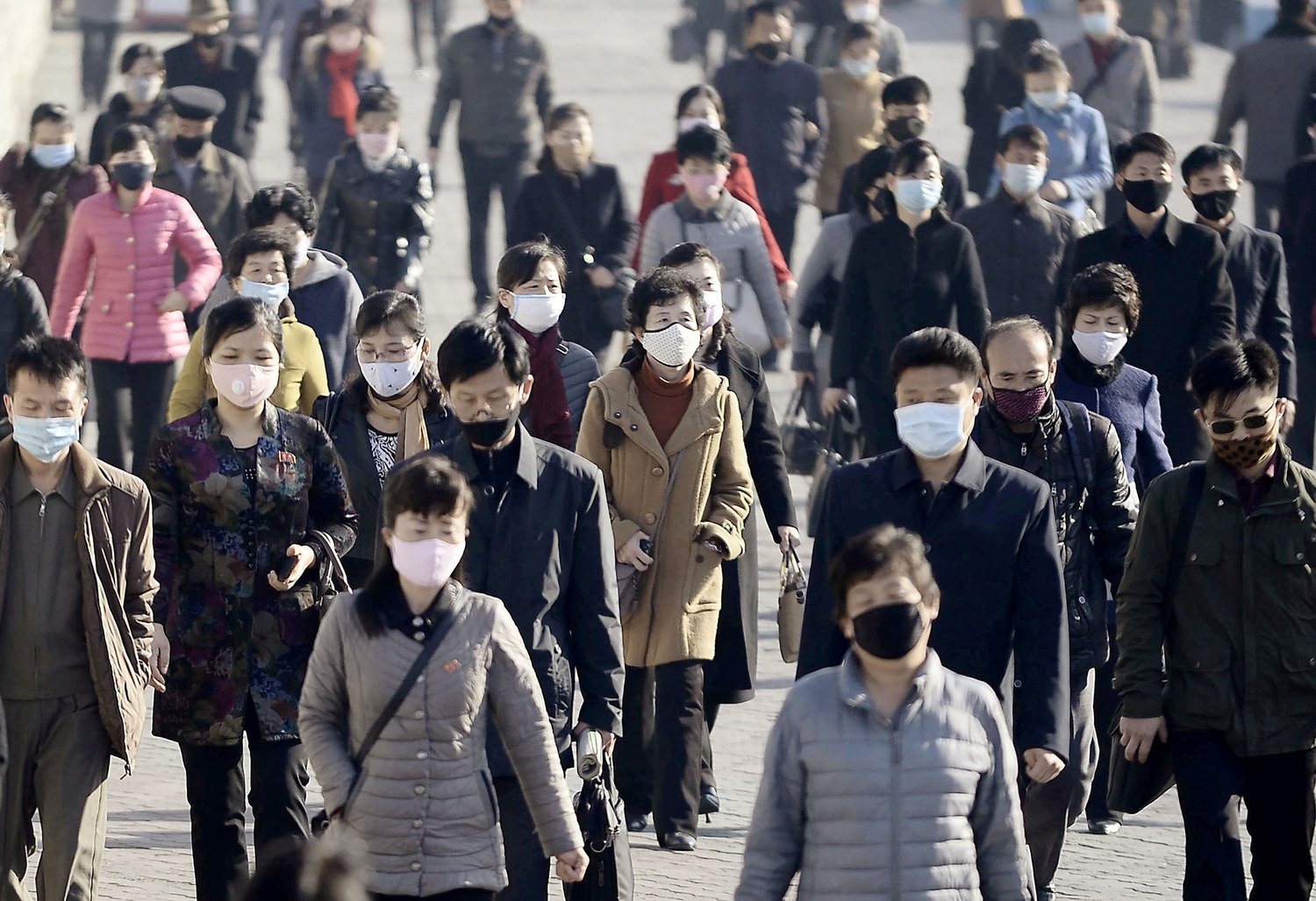 A North Korean statistical survey of the nation has revealed 13,000 “suspected” coronavirus cases in the northeastern province of North Hamgyong, further casting doubt on the government’s claim that the country remains totally “virus-free,” sources in the province told RFA.

Since the start of the pandemic in January 2020, North Korea has taken extensive measures to prevent the spread of the deadly virus, including the complete shutdown of the Sino-Korean border and the suspension of all trade with China, lockdowns of entire counties and cities, and a ban on travel between provinces.

Pyongyang declared its “preventative measures” successful in April 2020 as Pak Myong Su, the director of the anti-epidemic department of North Korea’s Central Emergency Anti-Epidemic Headquarters, gave a rare interview with foreign media, where he said that “not a single person was infected” with the virus.

Observers immediately doubted the claim, citing North Koreas’ crumbling medical infrastructure, the relative ease by which people could cross the Sino-Korean border, and the willingness of the regime to hide the truth from the international community.

Additionally, RFA reported in April 2020 that the government warned the public through health lectures that COVID-19 had at that time been spreading in three specific areas of the country, including North Hamgyong.

The survey conducted by the Ministry of Health earlier this month, which compiled data of “suspected coronavirus patients” and those who died from “related symptoms,” revealed some 13,000 cases in North Hamgyong, the most in the entire country.

According to the survey’s results, reported to the ruling Korean Workers’ Party’s Central Committee, most of the suspected cases were in the cities, including the provincial capital Chongjin, North Korea’s third largest city and home to more than 600,000 people.

“According to regional statistics… the number of patients who died due to suspected coronavirus symptoms is more than 100,” a North Hamgyong official told RFA’s Korean Service Wednesday.

“In Chongjin alone, where the provincial government agencies are located, about 5,400 people have been diagnosed as suspected coronavirus patients, and more than 10 residents died after showing symptoms,” said the source, who requested anonymity for professional reasons.

The source said that authorities and residents refer to all patients with coronavirus symptoms as “suspected coronavirus patients.”

Hospitals diagnose acute pneumonia for those who die after showing coronavirus symptoms. Everyone, including the family members of the deceased, thinks that they simply died from acute pneumonia,” said the source.

“The authorities say there are no confirmed cases, but they are restricting the movement of the residents much more strongly than before. This is causing the people to experience great difficulties in making a living, but they are warned of severe punishment if they violate movement restrictions while showing suspected coronavirus symptoms,” the source said.

Another source, an official of the city of Rason, bordering Russia in the province’s northeast, told RFA Wednesday that the city had more than 6,000 confirmed cases.

“There are dozens of people who have died from illness after showing coronavirus symptoms, but hospitals and public health centers only emphasize hand washing, masks, and disinfection with salt water. They don’t offer any special treatment or quarantine measures,” said the second source, who requested anonymity for security reasons.

“In accordance with the orders of the Central Committee, the quarantine authorities, along with the administrative and judicial authorities, are fiercely cracking down on local gatherings and family events,” said the second source.

The second source said authorities were using meetings of the local neighborhood watch units to tell the people to limit their movement as much as possible.

“Authorities are asking people who show suspected coronavirus symptoms to report to quarantine stations or hospitals without delay, but the residents are hiding their symptoms because they are forced to stay in shabby medical facilities as soon as they come in.”

The World Health Organization (WHO) did not respond to RFA inquiries regarding the nationwide statistical survey as of Thursday.

In its March 19 report, the WHO reported zero confirmed COVID-19 cases through March 11.