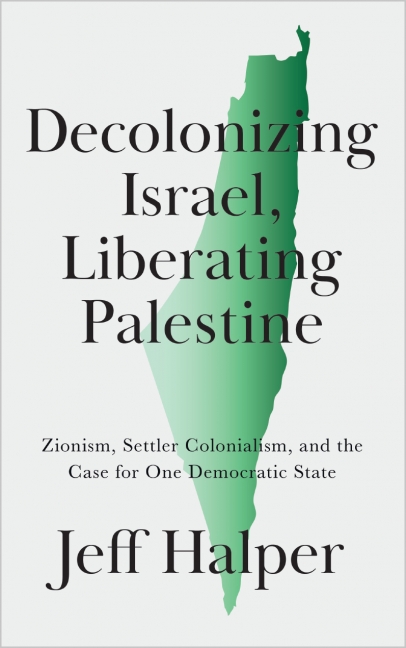 What is to be done about Israel to stop what is being done to Palestinians? As just reported in the Guardian, “Domestic politics in Israel has lurched far to the right, and the fate of millions of Palestinians under Israeli military control has all but disappeared from election campaigns.” As reported by Ha’aretz: “Kahanist Racism, Homophobia Enter Knesset After Far-right Party’s Strong Showing.” While hope for change draws on the partially successful end of apartheid in South Africa due to international pressure, Israel draws on international support through its weapons/surveillance/security trade, and through its politically effective conflation of antisemitism with antizionism. Since its inception, Israel has been able to disregard with impunity the UN prohibition of wars of aggression, UN resolutions and conventions on the rights of refugees, the treatment of occupied peoples, nuclear weapons, on apartheid and genocide, on international humanitarian law, on collective punishment and torture, on the treatment of children.

When I first heard Jeff Halper speak about Israel over a decade ago, he said that you have to start with the reality of Israel, not its image. Israel had to be reframed as a military power, not as the eternal victim of worldwide antisemitism, entitled to do whatever it wanted in the name of security. Since then he has written about Israel’s indispensable and entrenched role in global militarization, cutting-edge weapons, surveillance technology, border control, and police strategy. In his latest book, Decolonizing Israel, Liberating Palestine: Zionism, Settler Colonialism, and the Case for One Democratic State, London: Pluto Press, 2021, he reframes Israel as a settler-colonial state necessitating a clear oppositional political strategy with an end-game of actively decolonizing the whole political structure.

Why listen to Halper? He is an academic, a public intellectual and as with other Israel critics, actively defying attempts to criminalize anti-Zionism. Halper is also an activist with years of experience on the ground. He is a founding member of the Israeli Committee Against House Demolitions and as well a member of the One Democratic State Campaign (ODSC) where 50 Palestinians and 20 Israeli Jews have met over the last two years to hammer out a political program. Though working conjointly, Halper is clear that in his new book he is speaking for himself.

The book’s cover contains impressive accolades. For example, Richard Falk, preeminent expert in international law and former UN Special Rapporteur on Human Rights in the Occupied Territories, writes that the book is “the finest work of advocacy scholarship I have ever read.” Halper is always a thorough researcher, and in this book he provides a clear conceptual, historical, and comparative analysis of Israeli and global settler colonialism and decolonization. He contends that settler colonialism is always violent and that Israel’s Dominance Management Regime, a totalitarian matrix of control, requires a complete transformation.

The ODSC provides a strategy to dismantle Zionist economic and legal structures, land control, population control, the management of legitimacy, and the framing of security. It calls for establishing one democratic state between the Mediterranean and the Jordan River. Its political strategy centers on accurately identifying and “summoning power” to thoroughly decolonize Israel. It is useful to signal out Halper’s concluding statement about what’s “political”. He writes that he deals with “struggle, that a struggle will be hard and long-lasting.” “If you approach the world politically you don’t need hope. You need analysis, a political program, comrades, organization, strategy [how to summon effective power].” “What’s discouraging is when you’re not being political. The point of the struggle is to see it through and to marshal all the political resources as effectively as possible. The struggle is to defeat a powerful militarized and racialized regime through the targeted summoning of power and in this way contributing to the struggles of oppressed, poor, marginalized people everywhere.”

Halper, along with others such as Richard Falk and Ali Abunimah, assess the political situation as one in which the Palestinian struggle for recognition is now winning in the court of public opinion across the world, but it is a non-issue for the Israeli Jewish public. The UN has been ineffective in enforcing any regulatory resolutions and Israel is now closely allied with most nation-states and has historical ties with dictatorial genocidal regimes. Halper writes that Israel makes itself useful to the world’s leading powers, employing skillful lobbying, the strategic use of financial resources, political manipulation of the Holocaust and strategic accusations of antisemitism. Israel does not fear international sanctions. Political support must come from increasingly sympathetic international civil society.

Halper’s account is grounded in historical scholarship. From the beginning, Zionists used all means to attain exclusive possession of Palestine: the Balfour Declaration and subsequent international agreements, land confiscation through military orders, transfer of Palestinians to other countries, demolishing villages, and massacres. The book examines Israel’s colonial project through three periods: from the late 19th century to statehood in 1948, from 1948 until the 1967 war, and from 1967 to the present. The enlarging of the border of the Occupation has been a constant of the colonial project. But it also forces Israel to deal with a large Palestinian population and increases the state’s responsibilities, as well as the complexity of administration, as an occupier. The two-state solution has long been a fiction, with ‘facts-on-the-ground’ being of ‘apartheid’ administrative and legal processes in both Israel and in Occupied Territories.

The core of the One Democratic State Campaign that Halper invokes is the insistence on 1) politics through strategically using the power of global civil society to dismantle Israeli settler colonial structures of neoliberalism, apartheid, military/police control, security, Jews-only land control; and 2) establishing one secular democratic pluralistic state including the right of return and reparations, redistribution of land and resources, and the right to have cultural identities.

Importantly, Halper (and the ODSC) recognize that the fears of both Israeli Jews and Palestinians will need to be addressed.

Halper’s book raises inevitable arguments about what is possible, probable, or impossibly utopian. Another consideration is determining what is necessary and what is the time frame when there is a huge toll in human lives through the colonial project. National and international governance have done next to nothing to address the Occupation. The extreme centre has steadily marginalized the plight of Palestinians while increasingly accepting Israel’s territorial expansion.

Halper cites Adom Getachew’s Worldmaking after Empire: The Rise and Fall of Self-Determination (2019), about the brief period of post World War Two decolonization when Black African and Caribbean leaders saw that racism, capitalism and American liberalism formed a global hierarchy. Justice and human security required a re-making of the global order beyond capitalism and the existing nation-state system. This moment also supported civil society political action as, for example, the multi-sectoral ‘rainbow coalition’ inspired by Martin Luther King and Jesse Jackson and other Black radicals from the 1960s. This was a social movement that was also anti-military, anti-US imperialism with its Cold War foreign policy, pro civil rights and affirmative action, pro-nuclear weapons freeze, and pro-government infrastructure funding.

Israelis are faced with the problem of taking responsibility for the racism and claims of entitlement by which they rationalize the contravention of norms of lawfulness and morality. At the same time, there are signs from global civil society of mounting resistance and of connecting the dots that is suggestive of a re-emergence of the social movements of the recent past. An essential step lies with a unified political strategy of decolonization. Halper shows how Israel and the fate of Palestinians are enmeshed in a global order that must change.