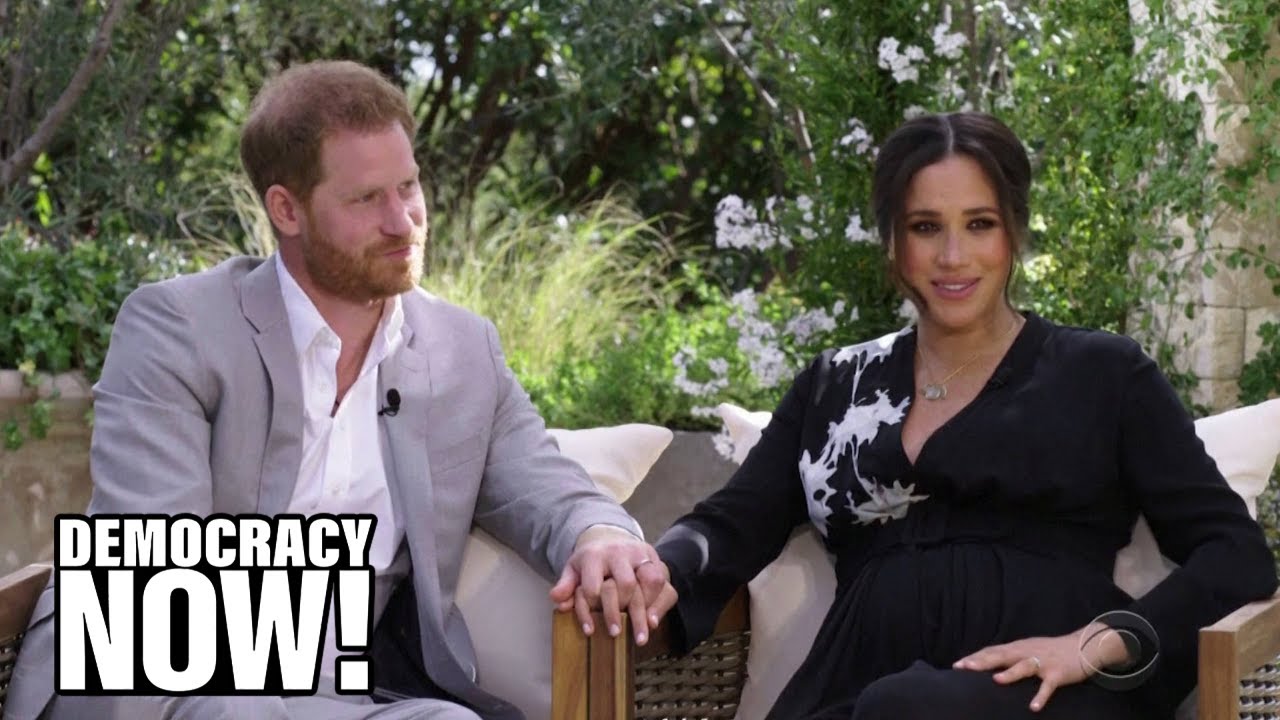 The British royal family is facing intense criticism over its treatment of Meghan Markle, who revealed shocking details about life as a royal in an interview with Oprah Winfrey, including mistreatment and bullying from other royals, relentless harassment by the British press, and racist comments about Markle, who was born in the United States to a Black mother and a white father. One member of the royal family, according to Markle, even speculated how dark her child’s skin would be. Markle and her husband Prince Harry stepped down as senior members of Britain’s royal family last year. Pioneering British journalist Trisha Goddard says Markle’s revelations were “shocking, but not surprising,” and that coverage of Markle in the U.K. has always carried an “undercurrent” of racism. We also speak with Novara Media’s Ash Sarkar, who says the monarchy is a “feudal institution” that entrenches class inequality in British society. “You can’t have an institution which is premised on the superiority of bloodline and have it not be racist.”