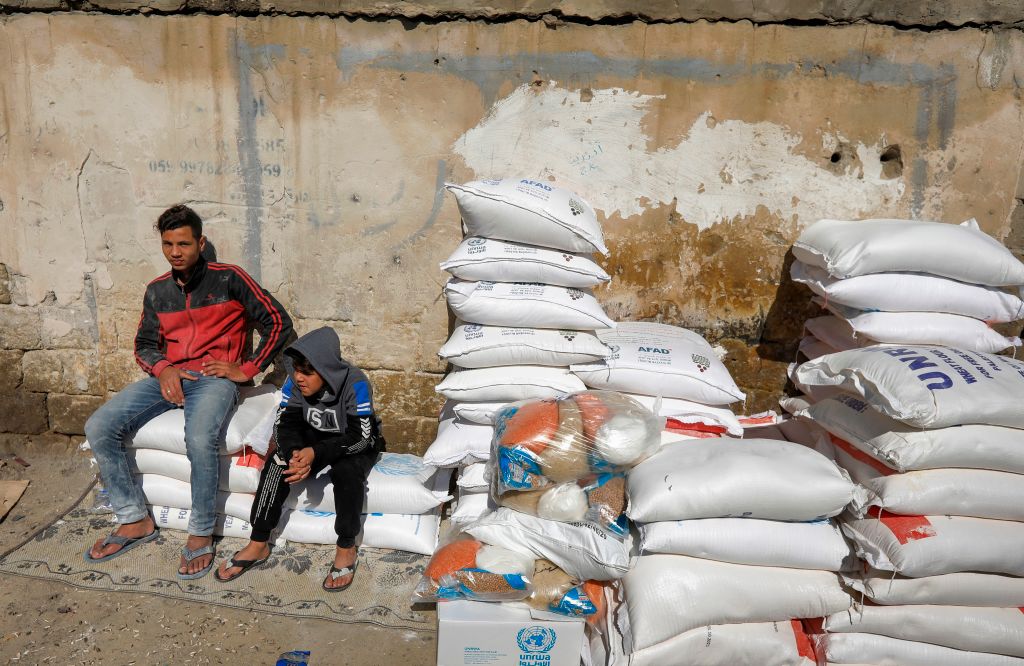 Through his climate plan, President Joe Biden has signaled to the world that the United States not only wishes to be a global leader in addressing the damaging effects of the climate crisis, but that the response must be equitable, acknowledging that those most deeply impacted are often also the most impoverished and vulnerable. Climate justice is a global issue, and it is in American interests to pay attention to what is happening beyond our borders.

This inequity is no clearer than in the Gaza Strip, which beyond humanitarian disaster, faces a simultaneous environmental catastrophe, conditions that have ripple effects far beyond its man-made boundaries.

Approximately 80% of Gaza’s two million residents are Palestine refugees, trapped under blockade, where it was declared ‘unlivable’ by the UN in 2020 (though it was conceivably unlivable long before then). In that same year, we witnessed the start of a global pandemic, affecting all of us, but not all of us equally. In Gaza, this has meant attempting to socially distance in one of the most crowded, polluted, and unhealthy areas in the world and maintaining sanitation and hygiene best practices with minimal access to clean water.

In the face of this humanitarian and environmental catastrophe, the United Nations Relief and Works Agency for Palestine Refugees (UNRWA), remains the primary, and oftentimes only, source of humanitarian assistance and development services for Palestine refugees in Gaza. By providing the health, education, and social services a government would normally deliver, it plays a crucial role in not only maintaining regional stability, but also tackling the effects of the climate crisis among the most vulnerable.

The deprivation of U.S. funding for UNRWA has threatened this essential source of clean water for Gaza’s residents, especially as the world battles the spread of Covid-19, aggravating not only the climate crisis, but worsening a public health one.

To combat the erosion of socio-economic conditions in Gaza, including the environmental and health hazards on refugees, UNRWA provides emergency health interventions, education for over 278,000 girls and boys using creative and environmentally-conscious methods, and has been responsible for creating desperately needed infrastructure, including essential water and sanitation services and clean, green energy through the construction of solar panels.

In Gaza, more than half of the residents do not have access to running water. For those who do, 97% of the water is not safe for human consumption, as it is too contaminated with salt from the sea or sewage. The water table in Gaza’s only aquifer has dropped to dangerously low levels due to overuse, causing seawater to seep in, increasing the salinity of water in wells, which have become brackish and unfit for consumption. On top of this, Gaza’s sole water purification plant, which has been repeatedly destroyed by Israeli forces, often remains inoperable, averaging only six hours of electricity per day. As a result, sewage that would regularly flow into treatment plants is being diverted to the ocean or burned, the latter causing air particle pollution, placing a heavy toll on Gaza’s people and marine ecosystems.

In response to this near absence of potable water, UNRWA trucks clean water as emergency assistance to its over one million beneficiaries. This water is a literal lifeline and is used for drinking, cooking, bathing, and other sanitation activities, essential in addressing public health concerns and the spread of disease. The deprivation of U.S. funding for UNRWA has threatened this essential source of clean water for Gaza’s residents, especially as the world battles the spread of Covid-19, aggravating not only the climate crisis, but worsening a public health one. In addition, UNRWA combats the downstream effects of the crisis by providing basic healthcare services, operating 21 primary health clinics in the Gaza Strip with nearly four million patient visits per year.

But the repercussions of the water crisis in Gaza do not only endanger the lives and dignity of its residents. Despite the blockade on people and goods, Gaza’s environmental emergency cannot be contained: with approximately 73% of Gaza’s shoreline designated as polluted, the same water that is unsafe for humans in Gaza affects its neighbors’ beaches and coastlines along the Mediterranean. The same air that is being polluted with burning refuse damages our collective ozone layer and is inhaled in some form across the globe. The coronavirus, which thrives in areas with poor access to clean water, spreads with disregard for nationality.

Climate equity has no borders, and in the Gaza Strip, the primary force mitigating these devastating consequences and protecting and ensuring the wellness of the most vulnerable—Palestine refugees—is UNRWA. As such, one of the easiest and most effective ways for President Biden to address climate inequity while realigning with previously-held American policy norms would be to make good on his stated intention to reinstate funding to UNRWA, urgently and fully.