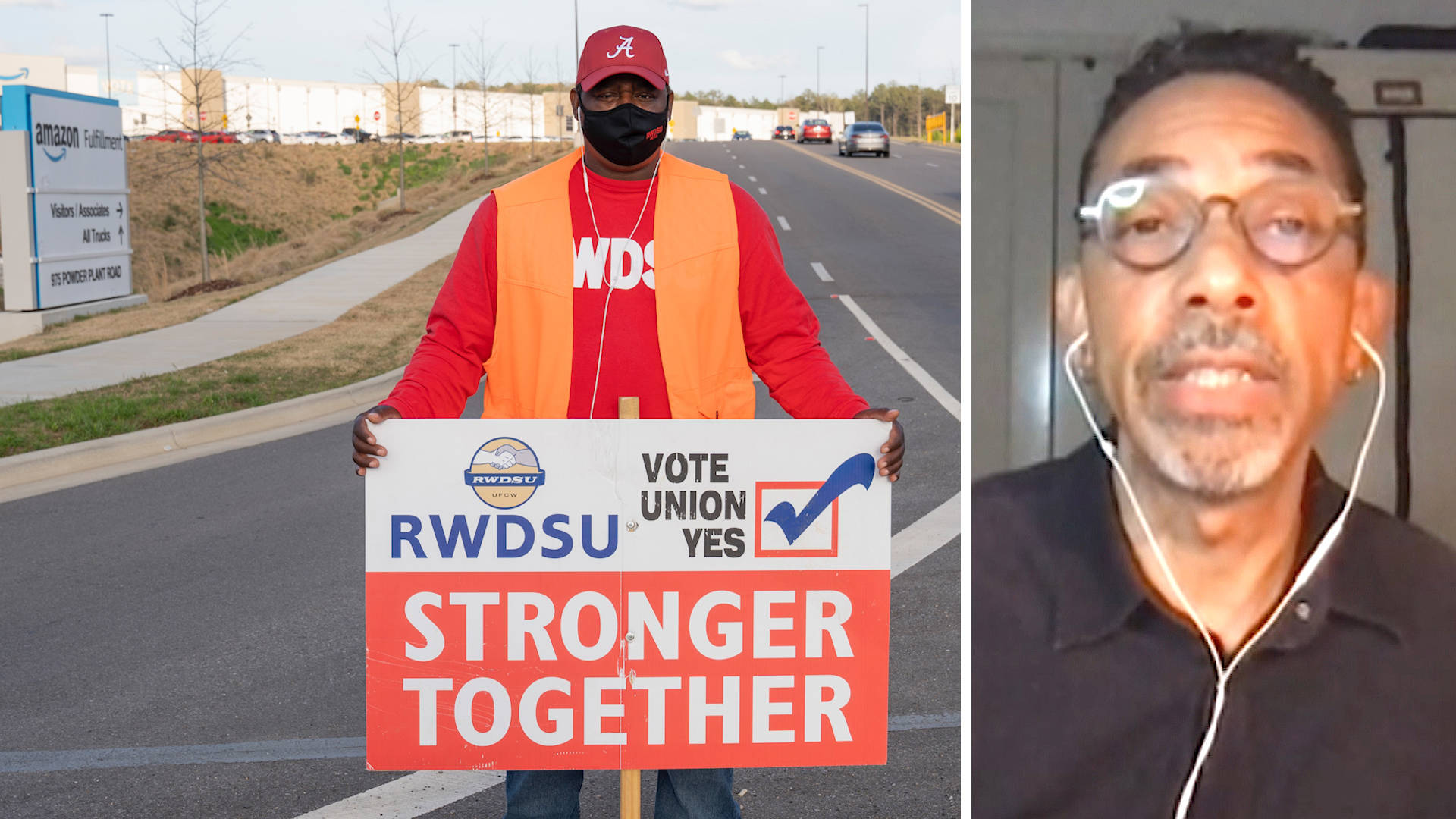 As thousands of Amazon workers in Bessemer, Alabama, decide whether to form the company’s first union, historian Robin D.G. Kelley says it could be a watershed moment for labor organizing in the United States. “This is definitely the most significant labor struggle of the 21st century, no doubt,” he says. “The South has been the epicenter of the country’s most radical democratic movements, which is why it’s completely unsurprising that Bessemer, Alabama, would be the place where you’d have a renewed labor movement.”