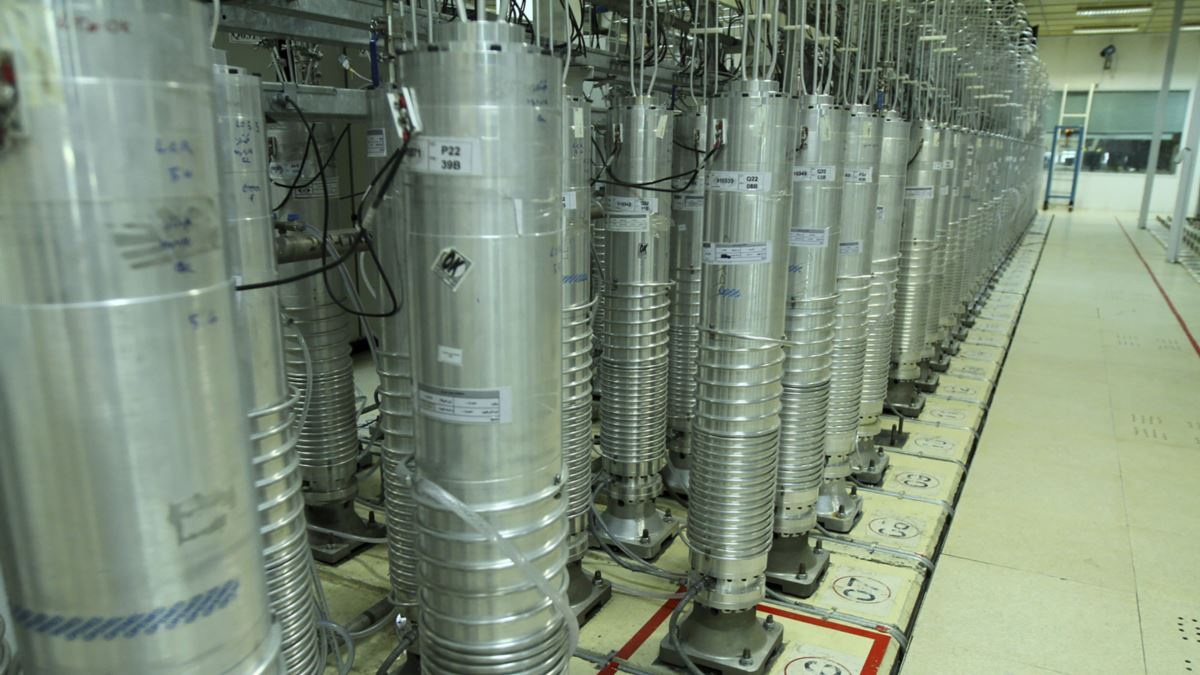 Tehran won’t agree to stop its 20 percent uranium-enrichment work before the United States lifts all sanctions, state television quoted an unnamed official as saying, after a U.S. media report said Washington would offer a new proposal for talks to resolve the standoff over Iran’s nuclear program.

“A senior Iranian official tells Press TV that Tehran will stop its 20 percent uranium enrichment only if the U.S. lifts ALL its sanctions on Iran first,” the state-run TV channel reported on its website on March 30.

The report quoted the official as saying that Tehran will further reduce its commitments under the 2015 nuclear deal between Iran and world powers if the United States does not lift the sanctions.

“Washington is rapidly running out of time” as Iran holds a presidential election in June, with campaign season kicking off in May, it added.

The administration of U.S. President Joe Biden has been seeking to engage Iran in talks about both sides resuming compliance with the international nuclear agreement.

The accord provided relief for Iran from international sanctions in exchange for limitations on its nuclear program, which Iran says is strictly for civilian energy purposes.

But Biden’s predecessor, Donald Trump, withdrew the United States from the pact in 2018 and reimposed crippling economic sanctions on Iran.

Tehran responded by violating some of the accord’s nuclear restrictions, including a 3.67 percent limit on the purity to which it can enrich uranium.

Last month, the International Atomic Energy Agency confirmed that Iran was enriching uranium up to 20 percent purity, and that its enriched-uranium stockpile had reached 14 times the limit established by the 2015 nuclear deal.

The media outlet Politico on March 29 quoted “two people familiar with the situation” as saying that U.S. administration officials “plan to put forth a new proposal to jump-start the talks as soon as this week.”

The proposal would ask Iran to halt some of its nuclear activities such as work on advanced centrifuges and the enrichment of uranium to 20 percent purity, in exchange for some relief from U.S. sanctions, according to one of the people, who said the details were “still being worked out.”

Iran’s mission at the United Nations tweeted that “no proposal is needed for the U.S. to rejoin” the nuclear agreement.

“It only requires a political decision by the U.S. to fully and immediately implement all of its obligations under the accord,” it added.

Supreme Leader Ayatollah Ali Khamenei on March 21 reiterated Iran’s “definite policy” that the United States must lift all sanctions if Washington wants to see Iran return to its commitments under the 2015 agreement.

With reporting by Reuters and RFE/RL’s Radio Farda