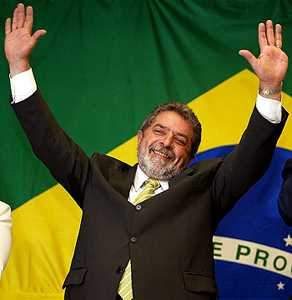 Brazil’s political atmosphere is unstable. On 30 March, 2021, the commanders of the Brazilian army, navy and air force – Gen Edson Leal Pujol, Adm Ilques Barbosa and Lt-Brig Antônio Carlos Bermudez – resigned from their posts in a historic move not seen since 1977 during the country’s military dictatorship. According to an official notice by Brazil’s Ministry of Defense, “The decision was communicated in a meeting in the presence of the appointed Defense Minister, Braga Netto, former Defense Minister Fernando Azevedo, and the Commanders of the Armed Forces.”

Divisions in the Military

There are two reasons behind the resignations. First, the immediate trigger was the dismissal of defense minister General Fernando Azevedo e Silva. Azevedo wrote in his resignation letter that he had “preserved the armed forces as institutions of the state,” adding, “I leave in the certainty of a mission accomplished.” All this underlines his disagreement with President Jair Bolsonaro’s attempt to politicize the military. While leaving the government, Azevedo privately assured the head of the Supreme Federal Tribunal (SFT), Luiz Fux, of the military’s continued commitment to respecting democratic institutions.

Second, it has been claimed that the heads of all three branches of the military had disagreed with Bolsonaro over health policy and the role of the armed forces. There was overt friction between Pujol and Bolsonaro. Angered by Pujol’s public rejection of the politicization of military and repeated emphasis on the efficacy of strict health measures in containing Coronavirus, Bolsonaro demanded his removal. Pujol was asked by Bolsonaro to post “messages of support” on social networks, defending the president’s denialist speech and anti-scientific stances on the COVID-19 pandemic.

The turmoil in the Brazilian military is indicative of a general change in the political dynamics of the country after the STF struck down all the criminal convictions against Brazil’s former president Luiz Inácio Lula da Silva. Opinion polls suggest that Lula is the best-placed politician to challenge Bolsonaro in 2022 elections. At the same time, Bolsonaro is fast losing his appeal among the electorate; as per a Datafolha survey published on 16 March, 2021, his disapproval rating hit a new high at 54%.

Thus, the return of Lula has sent tremors through Bolsonaro’s political camp. Dissenting groups within the ranks of the military have been encouraged by the anti-Bolsonaro sentiment engendered by Lula’s resurgence to resolve their contradictions with the ruling regime. Divisions within the military reflect growing cracks in Bolsonaro’s “bull, bullet and bible bloc” – a coalition based on connections with the agribusiness sector, military and police forces, and the evangelical religious Right. Efforts have been made to eliminate these internal weaknesses through a military reshuffle aimed at shoring up political support in Congress. The key post of secretary of government, which co-ordinates relations between the presidency and the legislature, went to a politician from the “Centrão” bloc, which has backed Bolsonaro in recent months.

Lula’s sustained popularity derives from the popular policies implemented during his administrations. During his tenures, the social composition of the state changed through the appointment of thousands of popular leaders to positions of power. This allowed for various post-neoliberal experimentations. Under Lula, there was a strengthening of public policies. A national plan aimed at spending 10% of the GDP on education was approved; 50% of the resources from the Pre-Salt oilfields were allocated toward a social fund for education and 25% to health. A record number of new public universities were opened, funding for existing ones was greatly increased and racial quotas were established for admissions. The More Doctors program was initiated to enable thousands of health professionals, including foreigners (many Cubans) to be hired and mobilized to serve the poor people.

A number of ministries dedicated to family agriculture and social development were created, allowing 30 million people to escape poverty. A constitutional amendment guaranteed unprecedented labor and pension rights to domestic workers (Brazil has the world’s largest number of women, mostly black, in domestic work). The Gini index declined from .54 in 2004 to .49 in 2014. Poverty rate in 2014 fell by 70% compared to 2004, and about 36 million people rose above the extreme poverty line. The proportion of GDP represented by wages improved in 2005.

The Lula government’s Bolsa Família welfare programme, which benefited around 50 million people, became a worldwide reference  – an example of how to fight poverty. Bolsa-Família’s efficacy resulted in Brazil being consulted for advice on income transfer programmes by countries across Africa, the Middle East and Asia. Throughout the Lula years, Brazil was described by the UN World Food Program as “a world champion in the fight against hunger”.

In February 2021, over 30 individuals were subpoenaed under Brazil’s anti-subversion National Security Law, a draconian legislation enacted under the last president of the 1964-1985 military dictatorship. Use of repressive tactics is not alien to Bolsonaro’s mode of governance. The first two years of his government saw the expansion of the use of the law by 285%, with a total of 77 inquiries into alleged violations of the law, as opposed to 20 over the two previous years.

On March 18, five activists from Workers Party (PT) – the party to which Lula belongs – were detained in the capital Brasília and brought to the Federal Police precinct for violating the National Security Law by associating Bolsonaro with Nazism and genocide. Their “crime” was unfurling for barely a minute a banner bearing a cartoon of Bolsonaro painting a swastika over a hospital’s red cross, with the caption “genocidal.” As Brazil nears elections, it is entirely possible that such authoritarian measures against the opposition will keep being used by the ruling dispensation. Bolsonaro would try his best to prevent a PT candidate from winning the elections.

This article was posted on Sunday, April 4th, 2021 at 8:09am and is filed under Brazil, Jair Bolsonaro, Militarism, Politics.