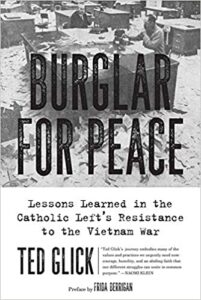 I don’t have any regrets about the work, and the 32-day hunger strike, that I did last fall to get Joe Biden elected. I knew what we would be getting: first and most important, an end to Trump in the White House and second, someone replacing him who wasn’t a climate denier.

I support the Green New Deal idea, embodied in Congress in the Thrive Agenda, introduced in February by Senator Ed Markey and Congresswoman Debbie Dingell. That agenda is much stronger than what President Biden put forward last week, much more realistic as far as what is needed to prevent worldwide societal breakdown via climate and environmental catastrophes. But, thinking big picture, it is a major improvement from the Trump years to have an opening-up, three-way, public debate between Republican climate change skepticism, centrist Democrat proposals not-to-the-scale of the need, and the progressive Green New Deal/Thrive Agenda.

It is absolutely essential that the much more realistic progressive approach continue to grow in popular understanding and support, this year, next year and as long as necessary. If the Biden proposal is the best that can be passed this year, then it should be supported and passed, but with a clear understanding that it is a beginning, not an end.

This three-way debate over government policy is not going away. One of the latest examples is an article, “What To Do About Natural Gas,” published in the April issue of Scientific American. It is authored by Michael E. Webber, a writer, educator and Chief Science and Technology Officer at ENGIE, a global energy and infrastructure company. From my research, ENGIE seems to be an all-of-the-above kind of energy company, though it’s selling some of its coal assets. Webber is definitely big on gas pipelines and infrastructure.

One of his sentences about hydrogen in the article is revealing: “Anticipation feels similar to what arose during the very early days of fracking shale: a huge resource is out there, if engineers can figure out how to harness it cheaply and safely.”

There’s not a word of substantive criticism of fracked gas in Webber’s article. Nothing about how people living near gas wells, compressors and pipelines have been poisoned. There is no mention of the fact that, according to the Intergovernmental Panel on Climate Change, the overwhelmingly primary ingredient in gas, methane, is 86 times more impactful as a greenhouse gas than CO2 over a 20 year period.

Webber quickly dispatches renewables in his third paragraph because of transmission issues. Then he never looks back as he proposes various ways to keep the gas and pipeline industries in business for seemingly forever through various still-to-be-proven proposals. In his final paragraph he opines that “climate change requires many solutions. Declaring who cannot be part of those, such as natural gas companies, only raises resistance to progress.”

Reading this yesterday, I was reminded of how Energy Secretary Jennifer Granholm spoke in an interview April 1 on PBS. Talking about fossil fuels, she never used any language to the effect that we need to reduce, much less get off, fossil fuel use. She kept saying that what we need to do is “clean up fossil fuel emissions.”

That approach is directly tied to support of the holy grail of industrial carbon capture and sequestration, something I have been following since I became a climate activist in 2003. So far, 18 years later, it has yet to be commercially viable but, clearly, the fossil fuel industry and their active or passive supporters in government have every intention of getting as much money as they can for this failure of an approach to solving the climate emergency.

I’m not opposed to some funding going into research into potential new ways to advance genuinely clean technologies and reduce emissions. But that is not the same thing as research to prop up 20th century industries in a 21st century that must move as rapidly as possible to truly clean, renewable energy as the dominant energy sources. Fortunately, with the technology improving, the prices of solar steadily dropping, and the growth of battery storage technologies, renewables dominance can happen this decade.

And with polls for many years consistently showing that 75-80% of all US Americans, including about half of Republicans, support wind and solar, this is a political winner.

Progressives, let’s keep our eyes on the prize.

This article was posted on Monday, April 5th, 2021 at 1:22pm and is filed under Climate Change, Politics, Renewables.