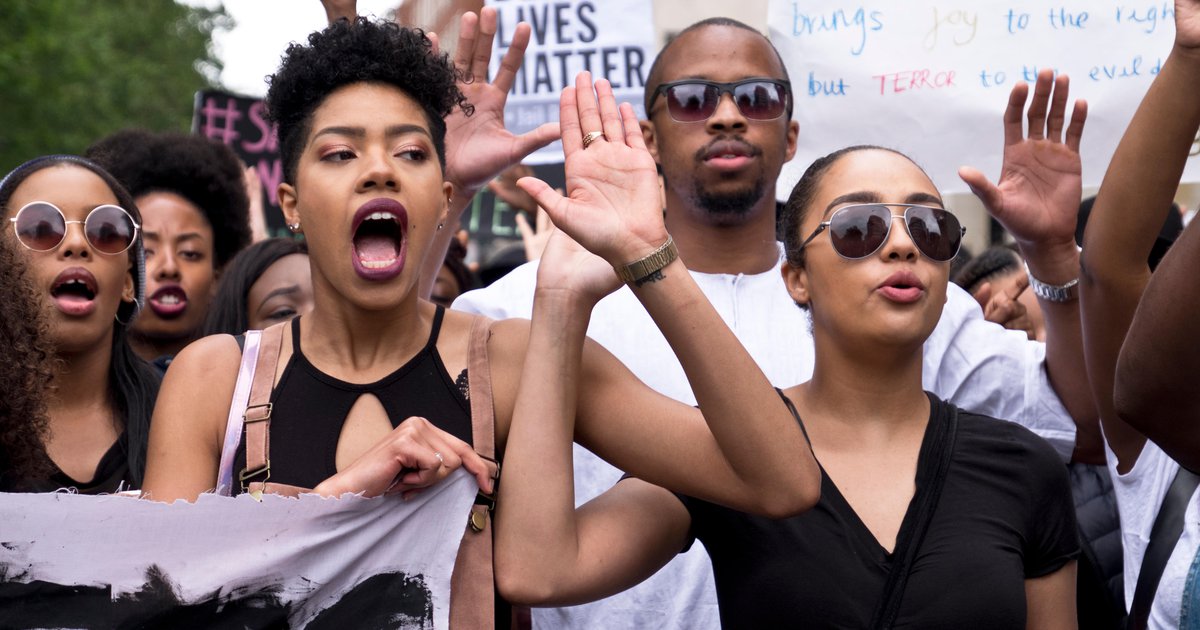 A controversial UK report on racism, commissioned by the Conservative government after the Black Lives Matter protests last year, has concluded that the nation has “fundamentally shifted” in recent years when it comes to race and “should be regarded as a model for other white-majority countries”.

The report by the Commission on Race and Ethnic Disparities (CRED), chaired by Dr Tony Sewell, was released on 31 March. It claims that although racism exists in the UK, family, class and religion play a greater role in life chances.

But since its publication there has been a chorus of objections to its findings, and how it was put together. Renowned racial justice campaigner Doreen Lawrence has warned that it risks pushing the fight against racism “back 20 years or more”. Leading academics cited in the report say they were not properly consulted, and an open letter signed by dozens of equality campaigners calls on the government to reject the report and instead implement the recommendations of long-standing reviews into racial injustice.

In November last year, ahead of the Sewell report, the Joint Council for the Welfare of Immigrants (JCWI) shared a list of existing literature revealing evidence of racial inequality in the UK, noting: “We fear that this new consultation not only duplicates the tireless work that has already been done in this area but seeks to undermine it.”

There’s so much evidence to prove that racial injustice is rife in the UK – the exact opposite to the conclusion of the Sewell report. We’ve rounded up ten examples for you, so you don’t have to do your own research. Note: this list is not exhaustive!

Runnymede Trust, February 2021. This recently published report responds to statements made by equalities minister Liz Truss, that we live in a “post-racial” society. “The working class, by definition, is a multiracial entity, not one that is simply white. It is vital that we counter the current narrative that seeks to build division between communities facing many of the same issues,” it says.

Ethnic inequalities in Covid-19 are playing out again – how can we stop them?

Runnymede Trust, October 2020. This report shows that COVID-19 is operating along racial lines, but refutes the role of genetics in COVID-19 vulnerability and mortality. It ascribes this instead to structural and institutional racism.

Patients not Passports: Migrants’ Access to Healthcare During the Coronavirus Crisis

Medact and others, June 2020. This report presents new evidence of the inequalities faced by BAME (Black, Asian and minority ethnic) and migrant communities due to the government’s “Hostile Environment” immigration policies. In particular, it shows how these policies prevent these groups from accessing healthcare, and that the exemption from NHS charges for coronavirus patients is not working.

The Colour of Injustice: ‘Race’, drugs and law enforcement in England and Wales

London School of Economics, October 2018. This report explains that Black people are disproportionately targeted by the police’s use of stop and search, due to discrimination. Although the number of stop and searches has “fallen sharply for all ethnic groups”, ethnic disparities in its use are “wider than ever”. Compared to white people, Black people are also more likely to be arrested as a result of stop and search, and more likely to be prosecuted. The report also details disproportionate prosecution rates for drug possession.

David Lammy, MP, September 2017. This report – commissioned by two Tory prime ministers, David Cameron and Theresa May – finds “overt discrimination” and “racial bias” in the criminal justice system in England and Wales. For example, the BAME proportion of young offenders in custody rose from 25% to 41% between 2006 and 2016, despite the overall number of young offenders falling to record lows. The report offers 35 recommendations on how the justice system can increase diversity and transparency.

Are employers in Britain discriminating against ethnic minorities?

Centre for Social Investigation at Nuffield College, January 2019. This report finds “clear evidence of discrimination” against ethnic minorities in employers’ hiring practices – and that such discrimination is higher in Britain than in the four other countries examined (Germany, the Netherlands, Norway and Spain).

Race in the workplace

The McGregor-Smith Review, February 2017. This report finds significant inequalities experienced by ethnic minority groups throughout their careers – including a substantial gap in the employment rate for ethnic minorities (62.8%) compared with white workers (75.6%).

YMCA, October 2020. This report is based on interviews with 500 young Black people in the UK and reveals what it calls “the shocking, depressing and frank nature of what it is like to be young and Black”. It argues that it is not just the action of individuals but also that institutions themselves are “perpetuating a culture of prejudice, discrimination and exclusivity”.

Runnymede Trust, June 2020. This report draws on perspectives of secondary school teachers across Greater Manchester, examining the teacher workforce, curricula, the use of police in schools, and school policies. It reveals that racism is deeply embedded in schooling, and concludes: “An anti-racist curriculum is dependent upon the delivery of racially literate teachers, and school policies must not undermine the efforts of teachers.”

Equality and Human Rights Commission, October 2019. This report looks into racial harassment in publicly funded universities in Britain by examining staff and students’ experiences of racial harassment and the effect this might have on their education, career and well-being. It finds that racial harassment is commonplace for many students and staff, and that universities do not always have available, accessible or effective routes to redress such harassment.