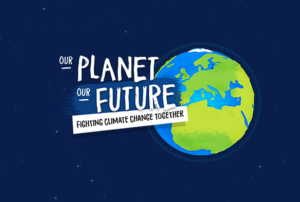 The first Nobel Prize Summit comes amid a global pandemic, amid a crisis of inequality, amid an ecological crisis, amid a climate crisis, and amid an information crisis. These supranational crises are interlinked and threaten the enormous gains we have made in human progress.

The context and content of that prestigious summit is well worth analysis and contemplation. The Nobel Laureates identified looming risks to “the enormous gains we have made in human progress.” In other words, the Nobel Laureates foresee a distinct possibility that human progress may be on a path of diminishment if the world does not join together to take care of and fix the biosphere, our planet Earth. In that regard, President Biden’s infrastructure plan is merely a big blip.

The Nobel Laureates clarion call implicitly exposes neoliberalism’s driving force of globalization as a core issue that impacts the planet by reaping riches without any hesitation or concern for the disintegration of ecosystems. Not one ecosystem is left unscathed, not even one, as the planet huffs and puffs and exudes gas under the most severe stress in millions of years, “unprecedented” has become the most favored word in scientific jargon.

Although not mentioned by the Nobel Laureates, one of the biggest challenges to their concerns is a burgeoning worldwide right-wing anti-science populist movement, which may be the Achilles heel to any and all agreements amongst major nations to fix the planet. In such case, there’s a distinct possibility that the world’s right-wing populist crusade may take civilization down a rabbit hole, sans a return ticket.

Trump-style leadership is found throughout the world, and it’s not going away any time soon. Quite the opposite as it’s the most extreme anti-intellectual, anti-establishment, anti-science faction in modern history. Trump’s anti-science stance chased top-flight scientists out of the country, several fled to France. In the first two years of the Trump administration, more than 1,600 federal scientists left government according to Office of Personnel Management employment data analyzed by the Washington Post. Similar articles in other publications describe nearly total decimation of key science personnel and loss of access to crucial scientific information that will take years and years to replenish. Trump tossed science out the window and crushed access to crucial data that’s needed to meet the very goals required to repair the planet, as suggested by the Nobel Laureates.

The Nobel Laureates didn’t mention, and likely would never mention, the biggest obstacle to their plans, which is the growing powerful right-wing anti-science populist crusade. America’s Congress is filled with them: “Rejection of mainstream science and medicine has become a key feature of the political right in the U.S. and increasingly around the world.2

It’s likely that the Nobel Laureate proposals (see link at end of this article) don’t have a snowball’s chance in hell as long as major countries are poisoned by lowly ignorance and make-believe lies, thus exposing a universal failure to provide the basics of education, thereby spewing out reams of anti-science nitwits. In the end, it spells trouble for a very troubled planet. Failure of education is fatal!

The destructive potential of anti-science was fully realized in the U.S.S.R. under Joseph Stalin. Millions of Russian peasants died from starvation and famine during the 1930s and 1940s because Stalin embraced the pseudoscientific views of Trofim Lysenko that promoted catastrophic wheat and other harvest failures.2

The Trump White House launched a coordinated disinformation campaign that dismissed the severity of the epidemic in the United States, attributed COVID deaths to other causes, claimed hospital admissions were due to a catch-up in elective surgeries, and asserted that ultimately that the epidemic would spontaneously evaporate. It also promoted hydroxychloroquine as a spectacular cure, while downplaying the importance of masks. Other authoritarian or populist regimes in Brazil, Mexico, Nicaragua, Philippines and Tanzania adopted some or all of these elements.2

Right-wing populism and the practice of science naturally clash. Studies show that science is (a) evidence-based (b) objective and (c) demands proof of statements, whereas populist politics is based on emotional, easily falsifiable annunciations, but the truth destroys their agenda. Therefore, truth must be avoided at all costs. “If you tell a big enough lie and keep repeating it, people will eventually come to believe it.” (Joseph Goebbels)

The Nobel Laureates offer guideposts for the initial stages of saving the planet: (1) the next decade is crucial (2) global emissions must be cut in half (3) destruction of nature must stop. They “get it” in terms of what ails the world, and their declaration is remarkably similar to statements made by a few bold outspoken scientists over the past couple of decades. In fact the Nobel Laureates endorse warnings found throughout peer-reviewed literature over the past couple decades that unfortunately never found loud enough voices to make a difference.

Thus, the Nobel Laureates “Urgent Call for Action,” has exposed serious threats to the planet already recognized over the past several years, as stated: “Societies risk large-scale, irreversible changes to Earth’s biosphere and our lives as part of it.”

That warning has been repeated, but largely ignored, over and over again over the past several years but voiced by too few scientists, until recently, things are changing so fast that they’re coming out of the woodwork with warnings of the loss of ecosystems, meaning loss of habitat, loss of vertebrates, loss of the Great Barrier Reef, loss of the Arctic, loss of flying insects in ‘protected’ European nature reserves, loss of arthropods in tropical rainforests in Puerto Rico and Western Mexico, loss of rainforest throughout the world, and irreversible Antarctica disintegration, as the world’s Nobel Laureates finally plead for “An Urgent Call for Action.”

Throughout years of concern by scientists of loss of the planet’s remarkable capabilities, nature has never really had a chance. It simply can’t avoid the impact of the Anthropocene Era humongous wayward human footprint that arbitrarily crunches and munches everything in site. Nature is an easy target.

In the final analysis, saving the planet may be beyond the clarion call by Nobel Laureates simply because the challenges of accomplishment may be bigger than the final solution: “One would be hard-pressed to find a region of the world that populism didn’t touch in the 2010s. The decade brought us the election of Donald Trump in the United States and the Brexit vote in Britain. It witnessed the rise of the Alternative for Germany—the first far-right party to enter the country’s national parliament in decades—as well as the ascent of populist parties in countries such as Austria, Brazil, Italy, India, Indonesia, and Poland. By 2018, as many as 20 world leaders held executive office around the world.”3

The aforementioned article identifies the next big target of right-wing populists, as follows: “Whereas much of the past decade revolved around arguments over issues of immigration and sovereignty, the 2020s could be dominated by a new, more pressing narrative: climate change.”

The post An Urgent Call for Action by Nobel Laureates first appeared on Dissident Voice.