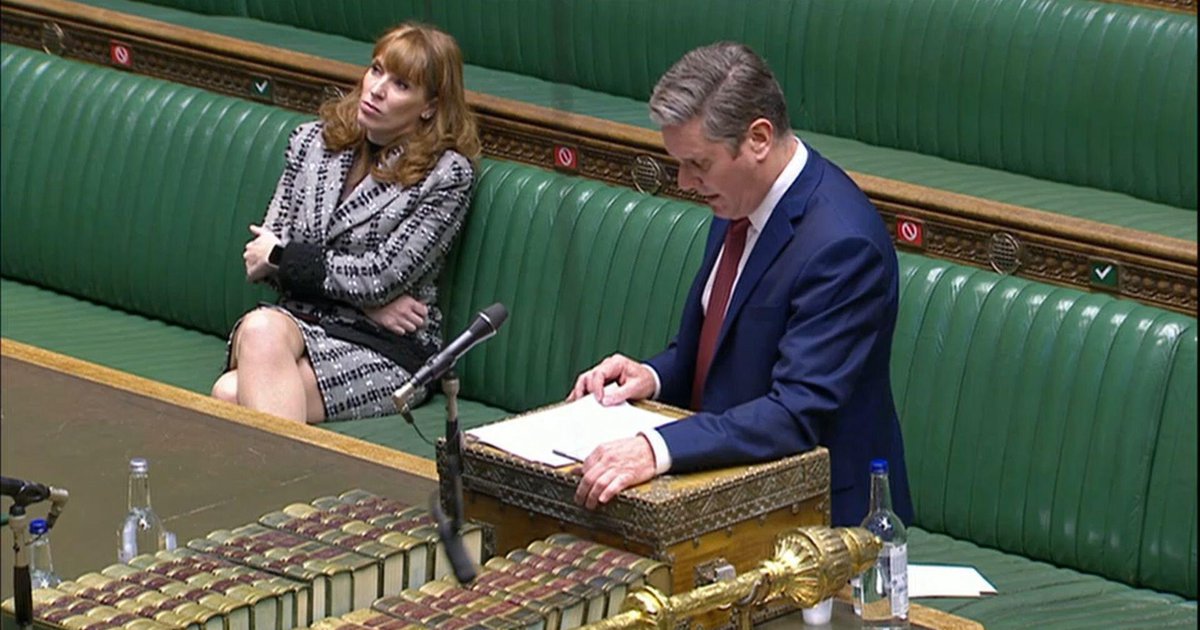 This week’s local election results have been bad for Labour, and bad for Starmer’s standing as its leader. It may be that no-one in his position could have expected anything but defeat under present circumstances. We’ve been living through a global crisis with no peacetime historic precedent, at least not during the era of universal suffrage. It will not be clear for some time whether a relatively successful vaccine roll-out really has been the overwhelmingly deciding election factor that some pundits assume it to have been.

What is evident is that nothing Starmer has done since taking over leadership of the party from Jeremy Corbyn has contributed to any kind of recovery of Labour’s position. Let’s be absolutely clear. Starmer was elected leader on an explicit promise to maintain Corbyn’s radical, popular programme while giving it an electable face. He also pledged himself solemnly to ending internal factionalism in the party.

He has openly and unhesitatingly broken these promises. He has engaged in ritual humiliation of the party’s left wing, with the egregious and entirely unnecessary withholding of the whip from Jeremy Corbyn, and the removal of Rebeca Long-Bailey and other prominent left-wingers from the shadow cabinet. His hand-picked appointee for party General Secretary, David Evans, a notoriously sectarian figure of the party’s right wing, has overseen repeated, large-scale interference in the party’s democratic structures across the country, in order to prevent left-wing members from being selected as candidates or elected as local party officers.

Yesterday’s sacking of Angela Rayner as party chair was only the latest expression of this recurrent tendency to attack the left and remove their representatives from office. This move has come as a shock even to some of Starmer’s most consistent cheerleaders.

It is very clear that the election results cannot be laid at Rayner’s door. And the optics of an older man with a knighthood trying to shift the blame onto a much younger working-class woman are disastrous.

Rayner, who stood for her position as deputy party leader with the backing of Momentum and much of the organised left, is one of the most popular figures in the parliamentary party, with a personal mandate far exceeding Starmer’s. She has always been the most likely candidate to challenge him for the leadership. But in her role as party chair she has been preoccupied in recent months with matters of internal organisation, and obliged to play the role of the loyal deputy. As a result, her standing with the left had been steadily declining.

In one stroke, Starmer has made a martyr of Rayner, and almost certainly boosted her status as a credible challenger to his leadership, while making himself look panicky and cowardly. That he could have made such an idiotic move is only further proof of how far lashing out at the left has become a mindless habitual reflex for the right wing of the party. This reflex, a hangover from a previous epoch, cannot be allowed to go unchecked. If it is, then it can only lead to further episodes of comparable political self-harm.

It’s not Rayner, but Starmer, who is to blame for the fact that he blame for the fact that the party has offered nothing by way of a compelling vision of what Britain’s future could be with him as Prime Minister. Instead he chased the votes of socially conservative ‘working class’ voters (who are actually mostly retired homeowners). It’s a strategy that always had a weak intellectual basis, and was formulated before the Tories themselves decided to abandon late Thatcherism for populist, dirigiste nationalism.

Neither Starmer nor any of his team have shown the slightest curiosity about some basic strategic questions posed by this approach. What is the sense in pursuing a ‘Blue Labour’ strategy in opposition when the government itself is already committed to a combination of authoritarian social conservatism and targeted public spending to shore up its new support in ‘left behind’ communities? ‘Blue Labour’ was an idea formulated by right-wing Labour thinkers in the days of the Cameron administration, when the Tory party was still led by committed cosmopolitan neoliberals. This was also the period when the research on which Claire Ainsley’s book The New Working Class was largely undertaken (Ainsley being Starmer’s head of policy and, it is widely assumed, his main political advisor). The idea informing both Ainsley’s book and the general Blue Labour project was that Labour could occupy the symbolic territory of socially authoritarian communitarianism that the Tories had vacated in their enthusiasm for global free markets and austerity.

But it was obvious from the beginning of Teresa May’s premiership that the Tories knew they had reached the end of that road, and this was the eventual basis for Johnson’s 2019 landslide.

Rather than addressing this issue, or the obvious question of how to replicate Labour’s success at the 2017 election while tackling the factors that nonetheless kept it out of office, Starmer has prioritised a factional war with the party’s left wing. There is no evidence that any the public wanted any such thing to happen, aside from committed Conservative voters. And, of course, members of Labour’s right-wing bureaucracy, who would rather spend their lives working for a party of permanent opposition than risk losing their jobs to rivals from Labour’s left.

Labour has shifted rightwards at many points in its history. What it hasn’t done before – at least not for a very long time – is to shift rightwards and shed votes dramatically. Today’s Labour MPs and councillors belong to a generation who have inhabited a political universe in which the basic truism was, Labour loses if it moves left, and wins if it moves right. But this doesn’t hold true any more.

These people spent most of the period of Corbyn’s leadership in denial about the social and political changes that were happening all around them, constructing excuses for themselves rather than adapting (such as the absurd claim that Corbyn was personally guilty of racism).The question now is: what more will it take for them to accept that the nostrums and common-sense maxims that they have been raised and grown old with no longer apply in any meaningful way?

If they want to keep their own seats, sooner or later they will have to accept that the only way to do so is to replicate the energy and enthusiasm of Labour’s 2017 campaign, not by trying to recreate a ridiculous caricature of its 1997 one. If they actually want to form a Labour government, they’ll also have to accept that Labour can only win from such a position by cooperating with other non-Conservative parties.

If we’re very lucky, then maybe, enough of them to make a difference will stop denying these realities. . If not, then many of them will undoubtedly be removed from office soon enough: if not by Labour Party members, then by the electorate themselves.