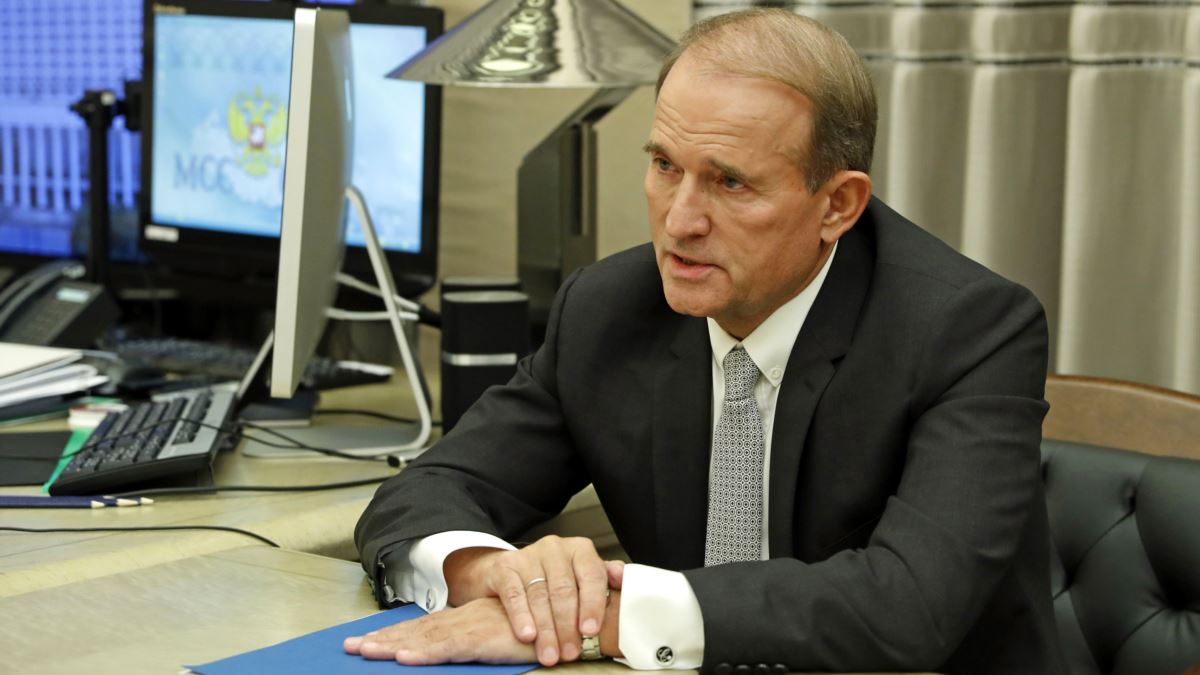 KYIV — Ukraine’s Security Service (SBU) has searched the Kyiv home of Kremlin-friendly tycoon and politician Viktor Medvedchuk, who along with another pro-Russian lawmaker is under suspicion of treason.

SBU officials told RFE/RL that the search was conducted on May 11, adding that detailed information on the case will be made public later.

Ukrainian Prosecutor-General Iryna Venedyktova said the same day that she had signed notices of suspicion to be handed to two lawmakers, whom she identified as M. and K, as suspects for alleged high treason and the illegal exploitation of natural resources in Ukraine’s Russian-annexed Crimea.

In February, Ukraine’s National Security Council announced sanctions against Medvedchuk, his wife Oksana Marchenko, and several other individuals and entities.

The sanctions froze the couple’s assets for three years and prevented them from doing business in the country.

Medvedchuk is the head of the political council of the pro-Russia Opposition Platform-For Life party, which is the largest opposition group in Ukraine’s parliament. He is one of the party’s 44 deputies in the 450-seat legislature.

Medvedchuk has a deep personal relationship with Putin, who is the godfather of Medvedchuk’s daughter.

He was sanctioned by the United States in 2014 for undermining democracy in Ukraine.

The sanctions were tied to an investigation into exports of coal to Russia from a separatist-held region in eastern Ukraine.

Fighting between Ukrainian government forces and the Russian-backed separatists who control parts of Ukraine’s Donetsk and Luhansk regions has killed more than 13,000 people since April 2014.