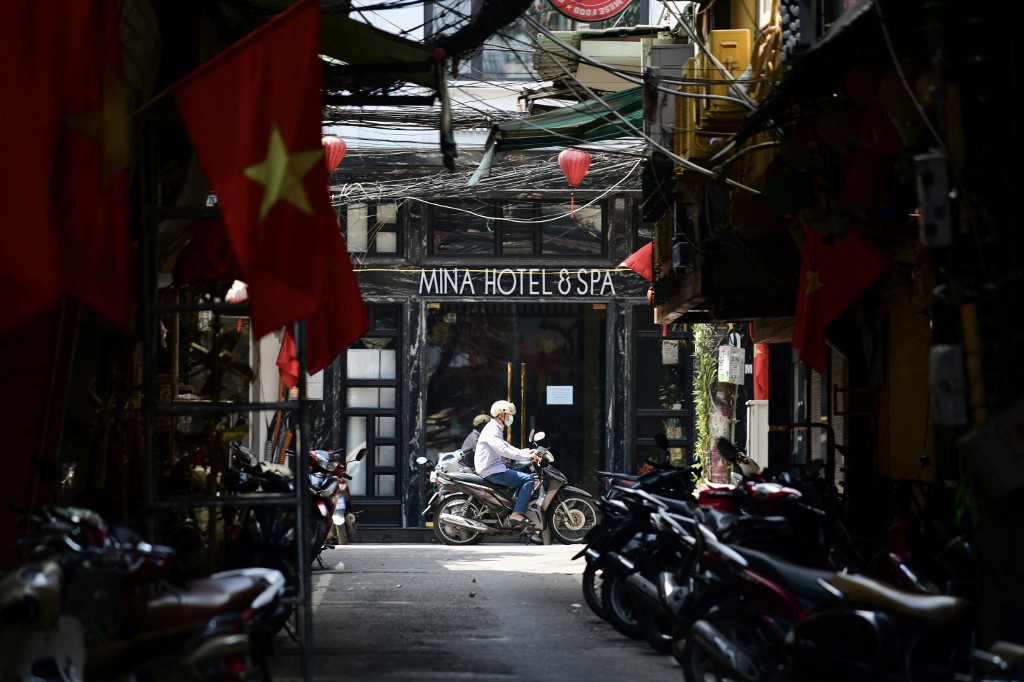 Laos’ Department of Healthcare and Rehabilitation announced Sunday that a 53-year-old Vietnamese woman who resided in Laos was the first death in Laos since the beginning of the pandemic in early 2020.

“She was in a high-risk group but went to hospital late. She tried to avoid treatment. In fact, she was hiding and not asking for treatment,” said Bouathep Phoumin, deputy director general of the department at a press conference.

Vietnamese state media identified the woman by her initials L.T.T., saying she was from Vietnam’s Thai Nguyen province in the north. She had gone to Laos in early 2020 to work in a karaoke club in the Lao capital Vientiane.

L.T.T. had tested positive for COVID-19 and was hospitalized April 30. She had two underlying conditions, diabetes and hepatitis B, which are believed to have caused complications in her treatment.

Vietnam’s Ministry of Health had contacted Xaysetthathirath Hospital in Vientiane where L.T.T. was in critical condition on May 8 to offer advice, but she died at 1 a.m. May 9.

Laos confirmed 25 new cases of COVID 19 Monday, bringing its total since the beginning of the pandemic to 1,327 according to statistics from the health ministry.

Of the new cases, 15 were detected in Bokeo Province in the northwest, the site of a Chinese special economic zone with a reputation for less stringent border controls, which has been on lockdown for the past few days.

Bokeo has confirmed the second most cases in the country with 284 cases, behind Vientiane with 730 cases.

The committee member said that most of the positive cases work in the Golden Triangle SEZ, a popular casino and resort area that caters to Chinese tourists.

The SEZ is itself under lockdown with nobody allowed in or out.

“We set up barriers between the SEZ and Tonpheung District banning people from sneaking into the district from the SEZ. Whoever violates this rule will be prosecuted,” an official of the district told RFA.

An SEZ worker who lives in a dormitory there told RFA she was unable to leave her room.

“I cannot go anywhere else. I work in my room. Someone delivers food to me here,” she said.

Health authorities in Vietnam said that the coronavirus has over the past two weeks spread faster than at any time since the beginning of the pandemic.

State media reported that the health ministry published an emergency mid-day news bulletin Monday saying the country had detected 32 more new infections that morning, 31 of which were local transmissions in Bac Ninh and Vinh Phuc provinces and in the cities of Da Nang and Hanoi.

Authorities said Monday at a meeting of the National Steering Committee on COVID-19 Prevention and Control that transmissions stemming from these four areas resulted in 458 total cases in 26 different cities and provinces over the past two weeks.

Vietnam had been among the most successful countries in tackling COVID-19, reporting no deaths among its 95 million people through late July 2020—a record that was attributed to effective contact tracing, strict quarantines, and early testing.

But in January, a new outbreak was detected and since then Vietnam has been reporting cases more frequently than last year.

Through Monday Vietnam has confirmed 3,412 cases of the virus and 35 deaths according to World Health Organization (WHO) statistics.

The government of Cambodia’s capital Phnom Penh announced that it would reduce the scope of areas under lockdown in so-called “red zones,” a move that civil society organizations applauded and came as the city’s caseload has begun to drop.

Vorn Pov, the president of the Independent Democracy of Informal Economy Association (IDEA), told RFA that the reduced plan would benefit informal workers and poor people but called on the government to do more.

“The state must govern and collaborate with civil society organizations to prevent further outbreaks, because the past outbreaks were due to authorities’ negligence.”

Cambodia is weathering an outbreak that started Feb. 20 and caused authorities to divide Phnom Penh into isolated “red zones” in order to stop the spread of the virus. Human rights groups said the strict enforcement of the zones had led to food insecurity and abuses at the hands of the enforcers.

New data on the virus situation revealed on Saturday indicated that the city’s caseload had begun to drop significantly. The city’s governor, Khuong Sreng, told journalists on May 9 during his visit to one of the red zones that the easing of restrictions was still in the planning stages.

“I am evaluating the situation with technicians and I am looking at the red zones. Yesterday in Phnom Penh, there were only a little more than 200 cases, this is one success that we can attribute to our strict policy at the commune and village levels and then from each village to the individual house,” he said.

Prior to May 8, it was believed that Phnom Penh had more than 500 cases, mostly among poor people living in red zones.

Sun Samai, a resident of Phnom Penh’s Por Sen Chey district, told RFA that authorities re-designated her area from red to yellow, allowing residents to go out and buy food. But many have no money after not earning any income for the past month.

“This will allow us to go out and buy something to eat, or we can go find snails and morning glory in the rice fields,” she said.

Through Monday, Cambodia confirmed 19,743 cases of the virus and 126 deaths, according to local figures.